A remake of BBC’s “Criminal Justice,” “One Ordinary Day” will star Kim Soo Hyun as Kim Hyun Soo, an ordinary college student whose life is turned upside down when he suddenly becomes the prime suspect in a murder case. Cha Seung Won will take the role of Shin Joong Han, a third-rate lawyer who barely passed the bar exam and is the only person who reaches out to help Kim Hyun Soo – while never asking him about the truth of what happened that fateful night. Lee Seol will play Seo Soo Jin, a smart lawyer just starting her career.

Newly released stills depict the moment Kim Hyun Soo meets Lee Seol. All the evidence points to him as the culprit, and rookie lawyer Seo Soo Jin is urgently deployed to prevent further unfavorable statements. Seo Soo Jin, who raced to see Kim Hyun Soo after being called by her senior lawyer, tries to persuade him, who was covered with scratches and bruise, by letting him know she’s going to defend him as his new attorney.

With Kim Hyun Soo consistently claiming innocence, it will be intriguing to find out if Seo Soo Jin, who is around his age, will listen to what he has to say and help him in his sticky situation. 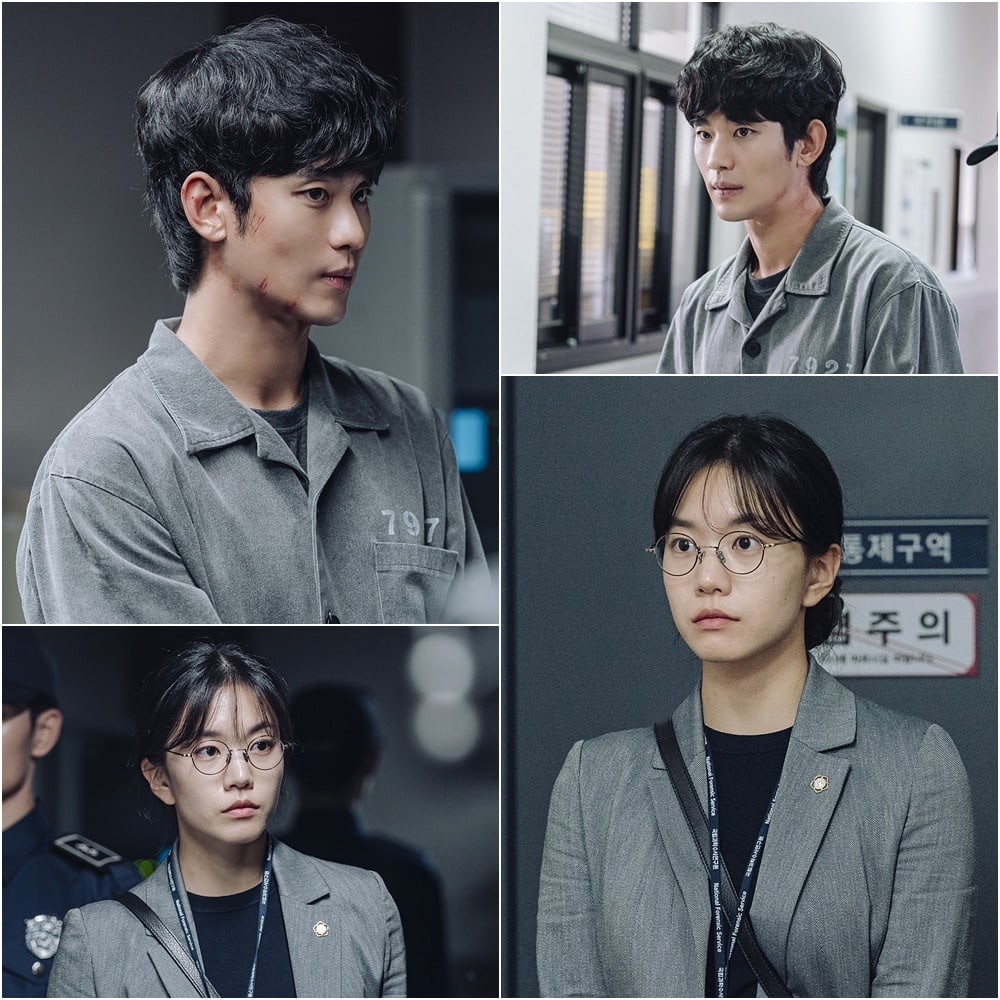 Kim Soo Hyun and Lee Seol, who is also similar in age in real life, always exuded youthful energy on the set. In particular, the two drew admiration from the staff with their concentration and chemistry. Expectations are already rising for their passionate performance as they portray the extreme emotional changes of their characters.

The drama’s producers teased, “‘One Ordinary Day’ is a different criminal drama that focuses on each characters’ definitions of justice within the boundaries of the law. The fresh synergy that Kim Soo Hyun and Lee Seol will create will increase the completeness of the drama.”

Watch Lee Seol in “Less Than Evil” below:

Kim Soo Hyun
Lee Seol
One Ordinary Day
How does this article make you feel?