In the new main poster, Choi Woong (Choi Woo Shik) and Gook Yeon Soo (Kim Da Mi) captivate viewers with their dazzling chemistry. Choi Woong sits leaning against the alley wall while Gook Yeon Soo wears a heart-fluttering smile right next to him. The poster’s text, “The record of you and me who have turned 29,” raises curiosity about what happened that “beloved summer.” In particular, viewers are curious to see what memories the second documentary of the ex-couple will bring to light and what changes this will mean for them. 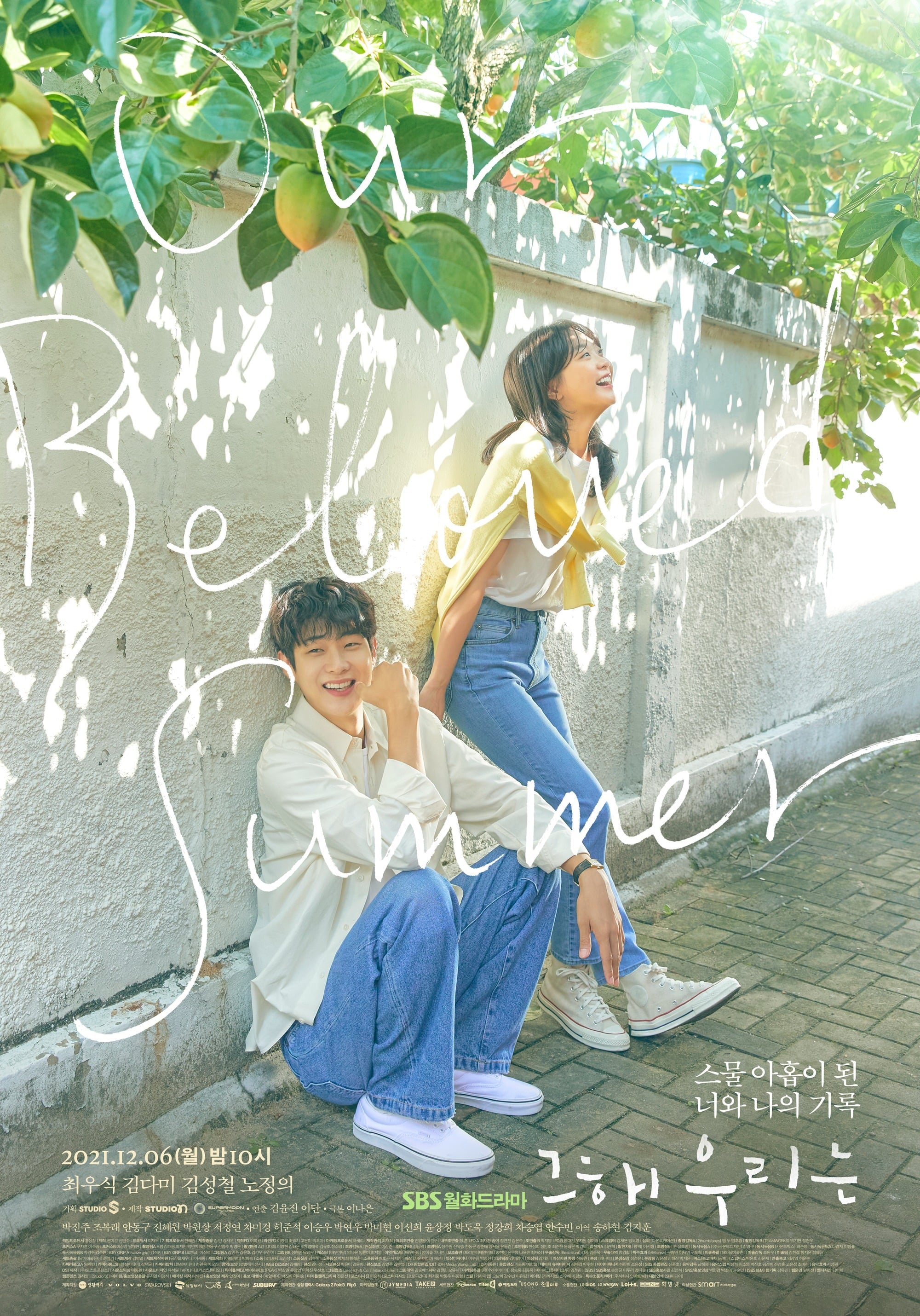 Choi Woo Shik plays the free-spirited building illustrator Choi Woong, who captivates viewers with both his refreshing and sincere attitude. Without having any real dreams, Choi Woong is more accustomed to hiding his real self, but he begins to experience a variety of emotions after he meets Gook Yeon Soo, who lives each day fiercely unlike him. As the two unexpectedly reunite for the first time in five years, Choi Woong will discover a new side to their relationship following his growth.

Kim Da Mi stars as Gook Yeon Soo, the realistic public relations specialist who has been living busily without rest. During her school days, Gook Yeon Soo was a hardcore model student who always ranked No. 1 in the entire school. After graduating, she became a capable publicist everyone acknowledges. Gook Yeon Soo is an ambitious youth who has only chased after success. When she reunites with Choi Woong as business partners after she broke things off with him by expressing her hopes to never see him again, the feelings she worked hard to bury begin to surface once more.

Choi Woo Shik will be working with Kim Da Mi for the second time since they starred in the film “The Witch: Part 1. The Subversion” together, which is one of the main reasons viewers are anticipating the upcoming drama. Choi Woo Shik shared, “Actress Kim Da Mi is a person who doesn’t fake her acting. She’s a diligent actress who doesn’t use tricks to walk the easy road, and she endlessly works hard and always researches the character she takes on.”

Kim Da Mi remarked, “I also felt this through the film ‘The Witch: Part 1. The Subversion,’ but I get the feeling a lot that Choi Woo Shik has fun acting on set. When I see him acting comfortably while playing and enjoying himself in a way that’s true to his character’s nature, it feels as if he’s come to the set as that character. This is why I often feel like he’s amazing.”

In the meantime, watch Choi Woo Shik and Kim Da Mi in “The Witch: Part 1. The Subversion” below: