The newly released poster gives a diverse look at 12 different characters through the wide-open windows of Hotel Emross. Each character has their own story as they’re surrounded by romantic year-end vibes.

The poster shares a sneak peek of the various characters including hotel manager So Jin (Han Ji Min) and her male friend Seung Hyo (Kim Young Kwang), whom she’s had a crush on for 15 years; Seung Hyo’s fiancée Young Joo (Go Sung Hee); the young and capable hotel CEO Yong Jin (Lee Dong Wook); housekeeper Lee Young (Won Jin Ah), who dreams of being a musical actress; problematic hotel guest Jae Yong (Kang Ha Neul), whom nothing seems to work out for; hotelier Soo Yeon (YoonA), who has great pride in her work; overseas businesswoman Catherine (Lee Hye Young), who has returned to Korea for her daughter’s wedding; Sang Gyu (Jung Jin Young), who is Catherine’s first love and the hotel’s doorman; singer Lee Kang (Seo Kang Joon), an unknown artist who finally hits it big as a singer and popular DJ; his manager Sang Hoon (Lee Kwang Soo), whose contract with him will soon expire; and Jin Ho (Lee Jin Wook), who comes to Hotel Emross every Saturday to meet with prospective marriage partners. 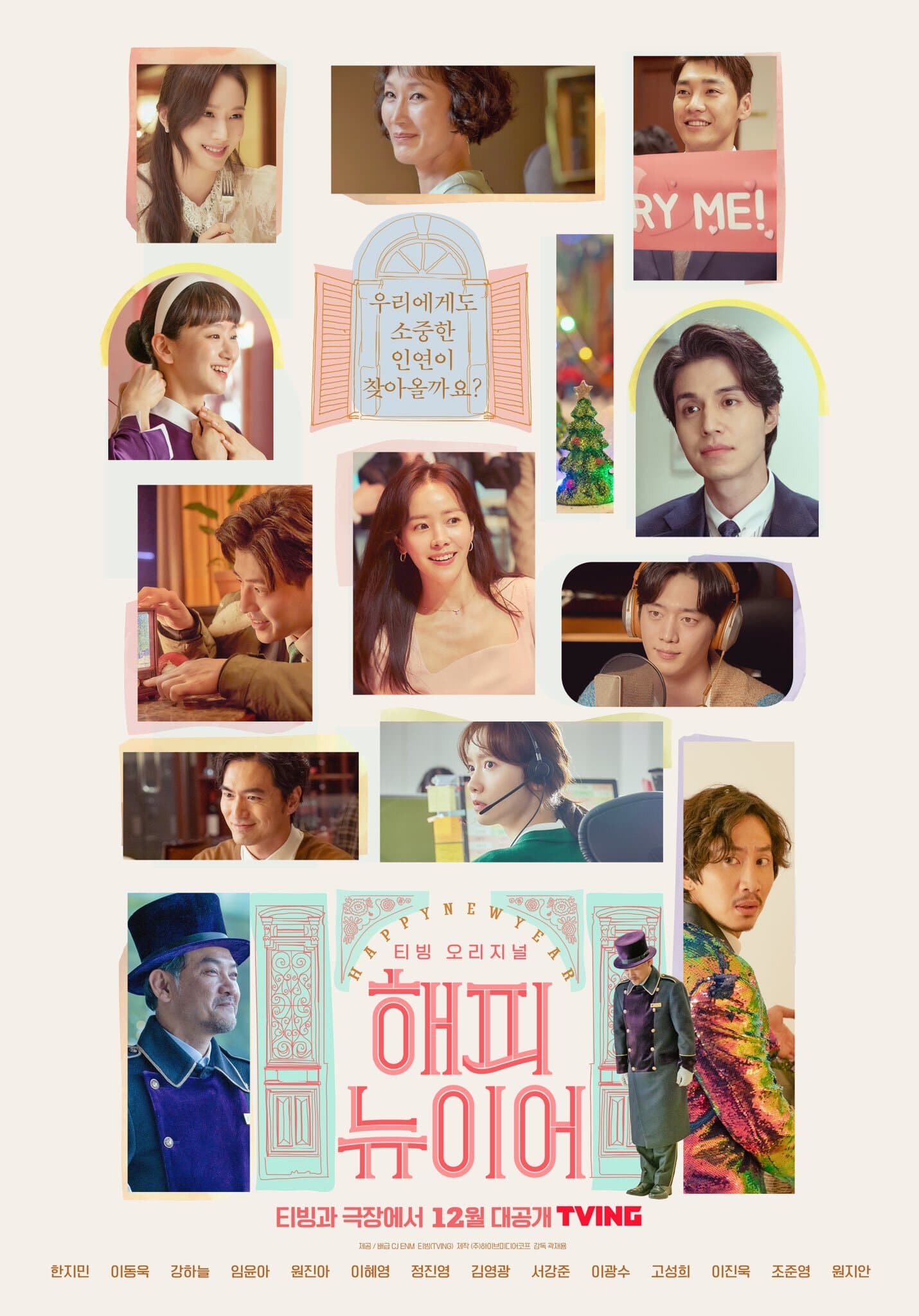 Already, viewers are looking forward to the heart-fluttering stories that will be told by the 14 people at Hotel Emross at the end of the year. The text on the poster reads, “Will a precious encounter find us as well?”

“A Year-End Medley” will be helmed by director Kwak Jae Yong of “My Sassy Girl,” and “The Classic” and produced by Hive Media Corp. of “Inside Men,” “The Man Standing Next,” and “Deliver Us from Evil.”

“A Year-End Medley” will premiere in December via theaters and TVING. Take a look at a teaser for the film here!