The long-lasting friendship between “Squid Game” star Anupam Tripathi and “Parasite” star Park So Dam is just too sweet!

On the December 1 episode of MBC’s “Radio Star,” Anupam Tripathi made an eventful guest appearance in which he talked about his family’s reaction to his skyrocketing popularity and even danced to the “Squid Game” theme music with Noze of “Street Woman Fighter.”

Last week, during her own guest appearance on “Radio Star,” Park So Dam mentioned that she had gone to college with Anupam Tripathi and heaped praise on the actor for his positive personality and infectious energy.

During this week’s episode, the “Radio Star” team surprised Anupam Tripathi by playing him a video message that his friend Park So Dam had recorded for him.

Anupam Tripathi reacted with adorable excitement as Park So Dam said in the video, “Anupam! I still remember how incredibly nervous I was when I first went on ‘Radio Star,’ so I filmed this video message because I wanted to cheer you on even a little bit. I wanted to say congratulations and that I’m so, so happy that you’re receiving so much love and support. Oppa, let’s be healthy in both mind and body, and let’s work for a long time while having fun! Let’s go, Anupam!” 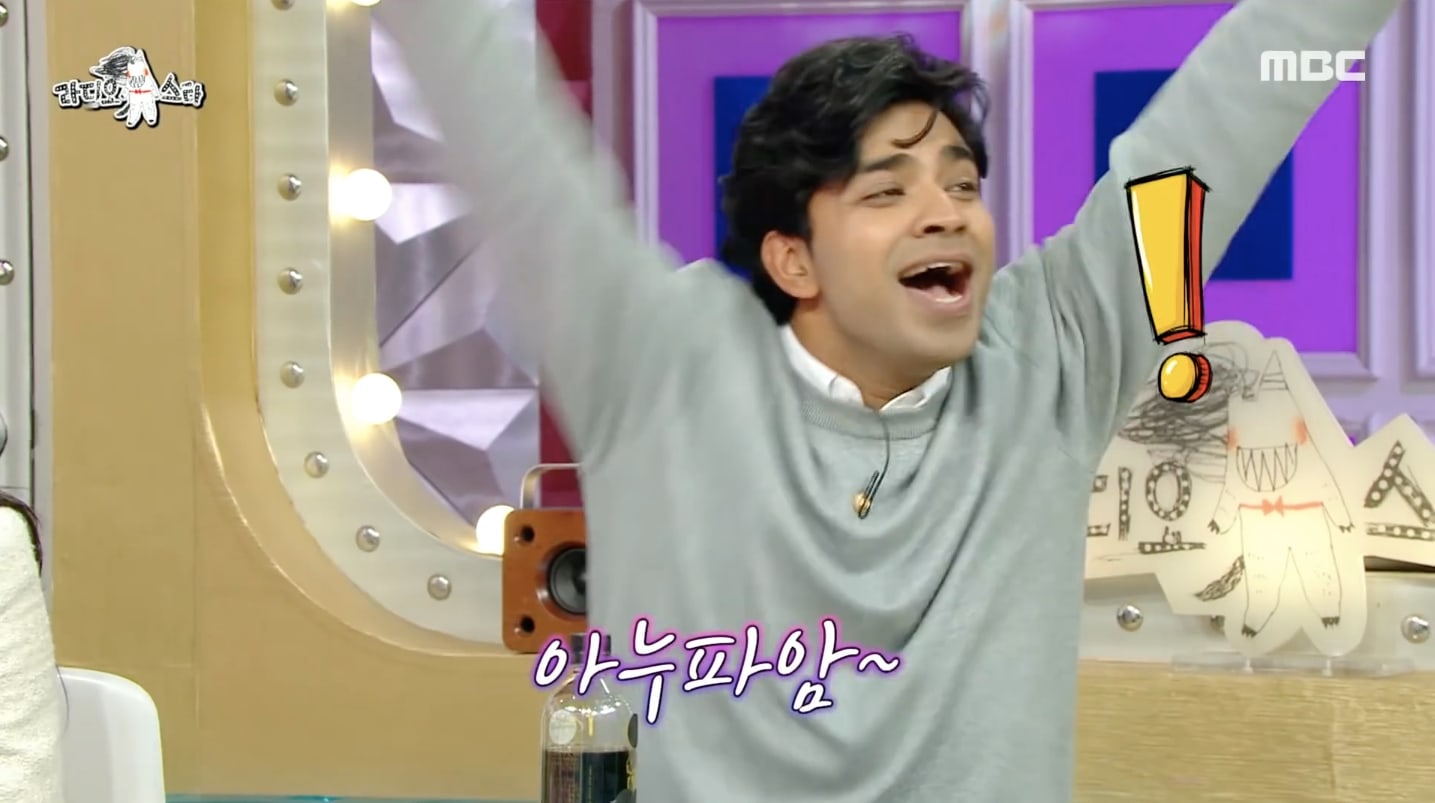 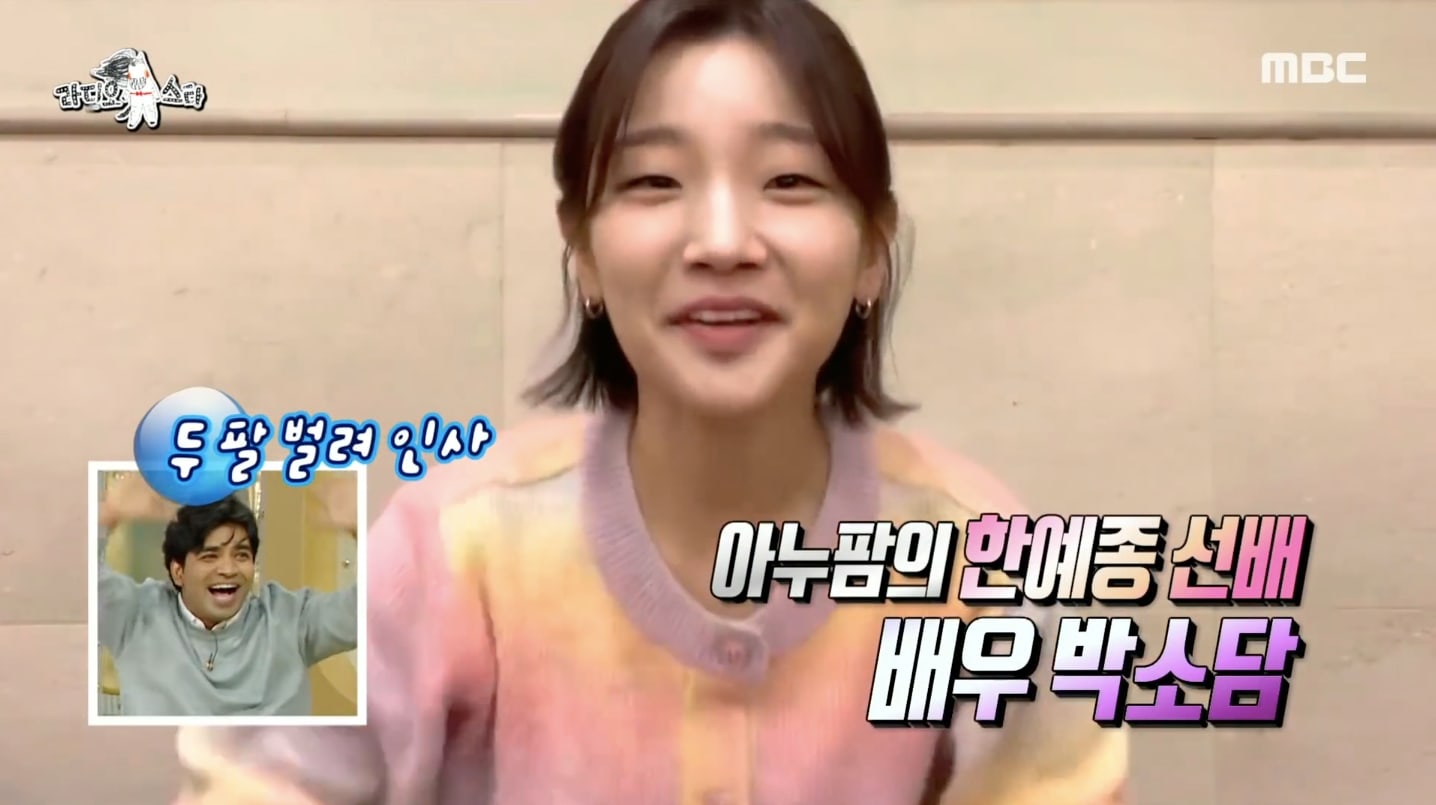 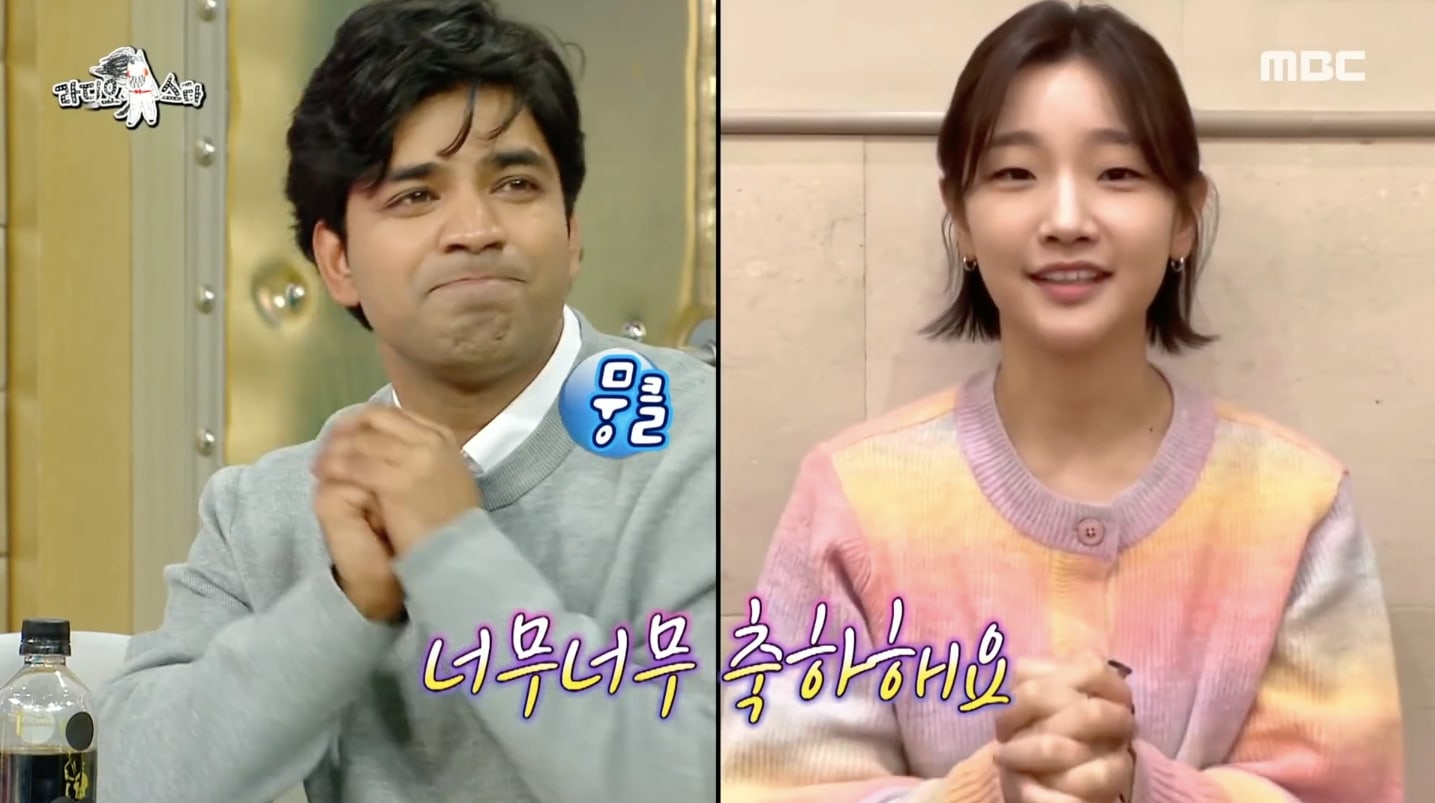 When the hosts pointed out that Anupam Tripathi had been tearing up, the actor responded, “Yes, because for my first play in college, [Park So Dam] and I were in ‘Romeo and Juliet’ together. She played Juliet, and I played a servant, and we became really close then.”

Anupam Tripathi went on to share the heartwarming story of the time he had first been grateful to Park So Dam back during their college days.

“I still remember the first moment [we met],” he recalled. “It was during orientation, and I didn’t speak Korean well yet. Because I didn’t eat meat, [Park So Dam] brought me a vegetable scallion pancake during a meal and said, ‘Oppa, eat this.’ I still can’t forget the taste of that scallion pancake, and even now, it remains alive [within me]. She was that kind of sunbae [senior]. Even today, she sent me a message saying, ‘Good luck [on “Radio Star”], oppa!'”

He concluded by turning to the screen and shouting, “So Dam sunbae, I love you!” 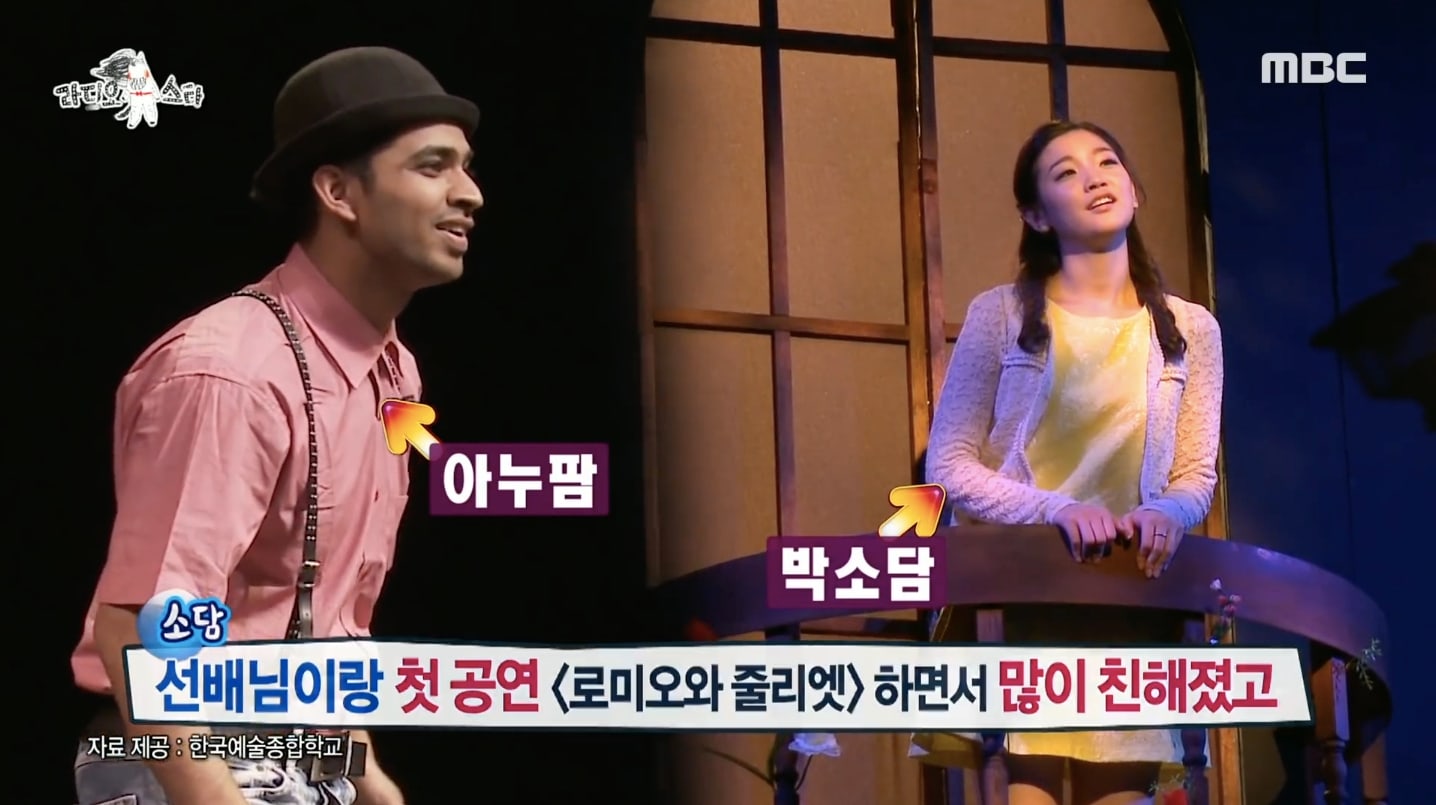 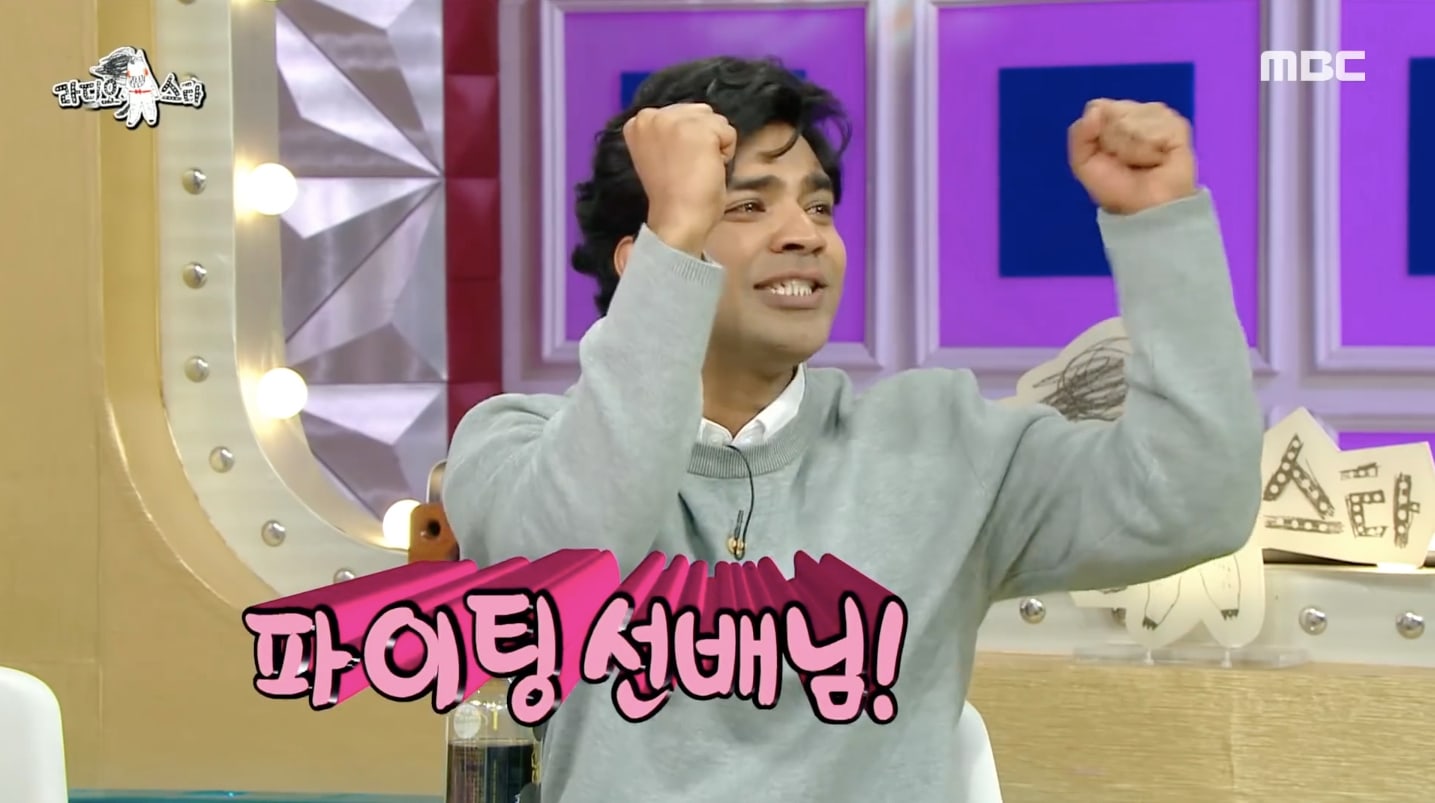 …and watch Park So Dam in “Camping Vibes” below!

Park So Dam
Radio Star
Anupam Tripathi
How does this article make you feel?