Tanaka Koki from “LOUD” will not be debuting with P NATION’s first boy group.

Back in September, P NATION and JYP Entertainment selected their final lineups for their new boy groups through the survival program “LOUD.”

Included in P NATION’s lineup was Tanaka Koki, a Japanese member born in 2009.

On January 24, P NATION released an official statement announcing that Tanaka Koki will no longer be debuting with P NATION’s upcoming boy group as originally planned.

The statement explains, “After much deliberation, Koki himself, his parents, and P NATION have collectively agreed that it would be in Koki’s best interests to pursue further training before making his official debut.” He will not debut with the upcoming boy group, but he will continue training under P NATION. 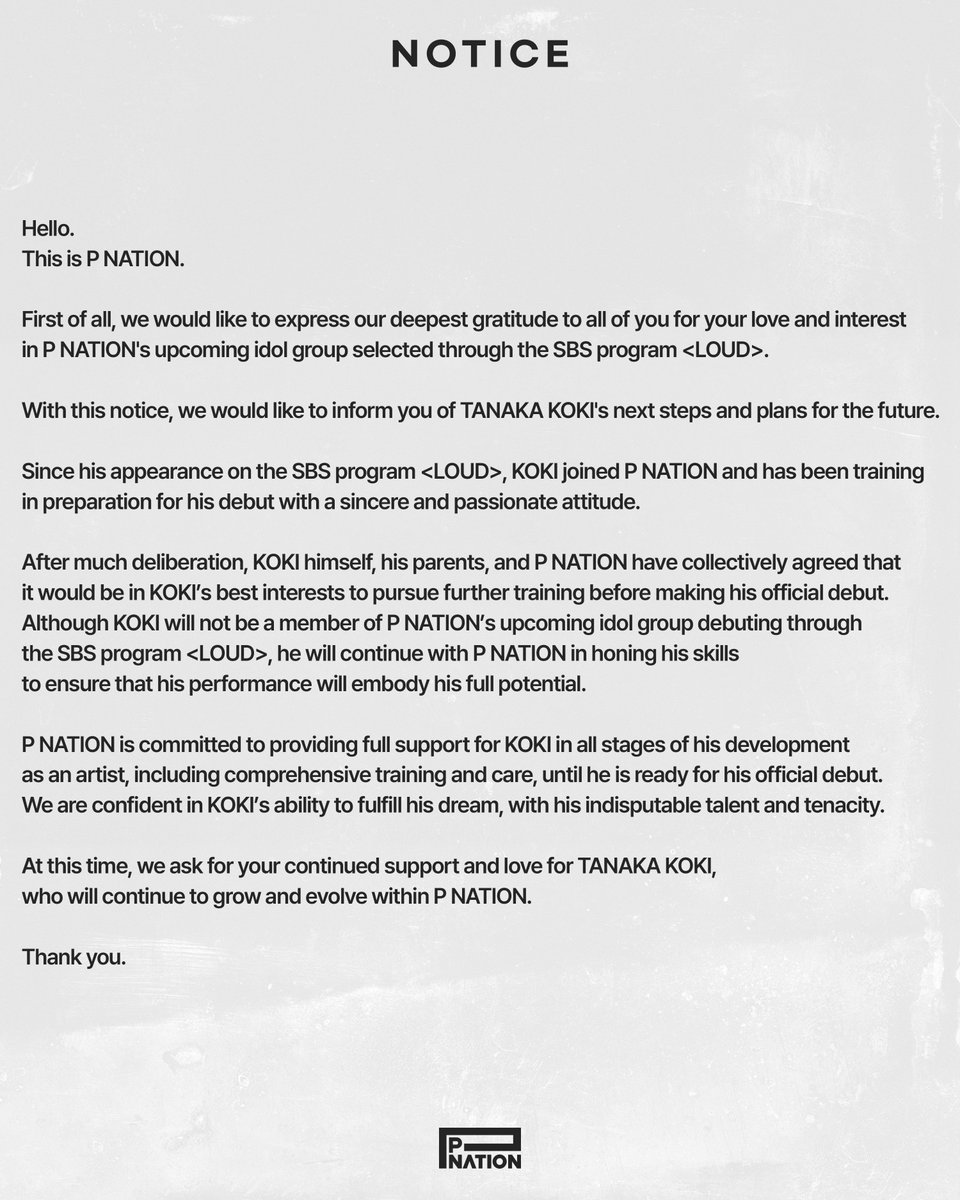 Watch “LOUD” on Viki below:

P NATION
LOUD
Tanaka Koki
How does this article make you feel?