Byun Woo Seok Opens Up About His Acting Struggles, What He Learned During His Career, And More

In a recent interview with Vogue Korea, Byun Woo Seok talked about the ups and downs of his acting career as well as the highlights and struggles he experienced along the way.

The actor currently stars in KBS2’s “Moonshine,” a drama set in the Joseon era during a time when prohibition laws were at their strongest. Byun Woo Seok plays the role of Lee Pyo, an alcoholic crown prince. Previously in 2019, he starred in the historical drama “Flower Crew: Joseon Marriage Agency,” and back in 2017, he also worked with his “Moonshine” co-star Kang Mina in “The History of Walking Upright.”

When discussing what he believes the most important aspects of acting are, he said, “In acting, I think time and experience are important. Five years ago, I worked hard without knowing much, but I think I’ve matured a little since then as time passed. While I was working as a model, other actors gained that much more experience in acting during that time. When I first started acting, I wondered, ‘Why am I not good at this?’ but it was because I spent less time and effort than they had.” 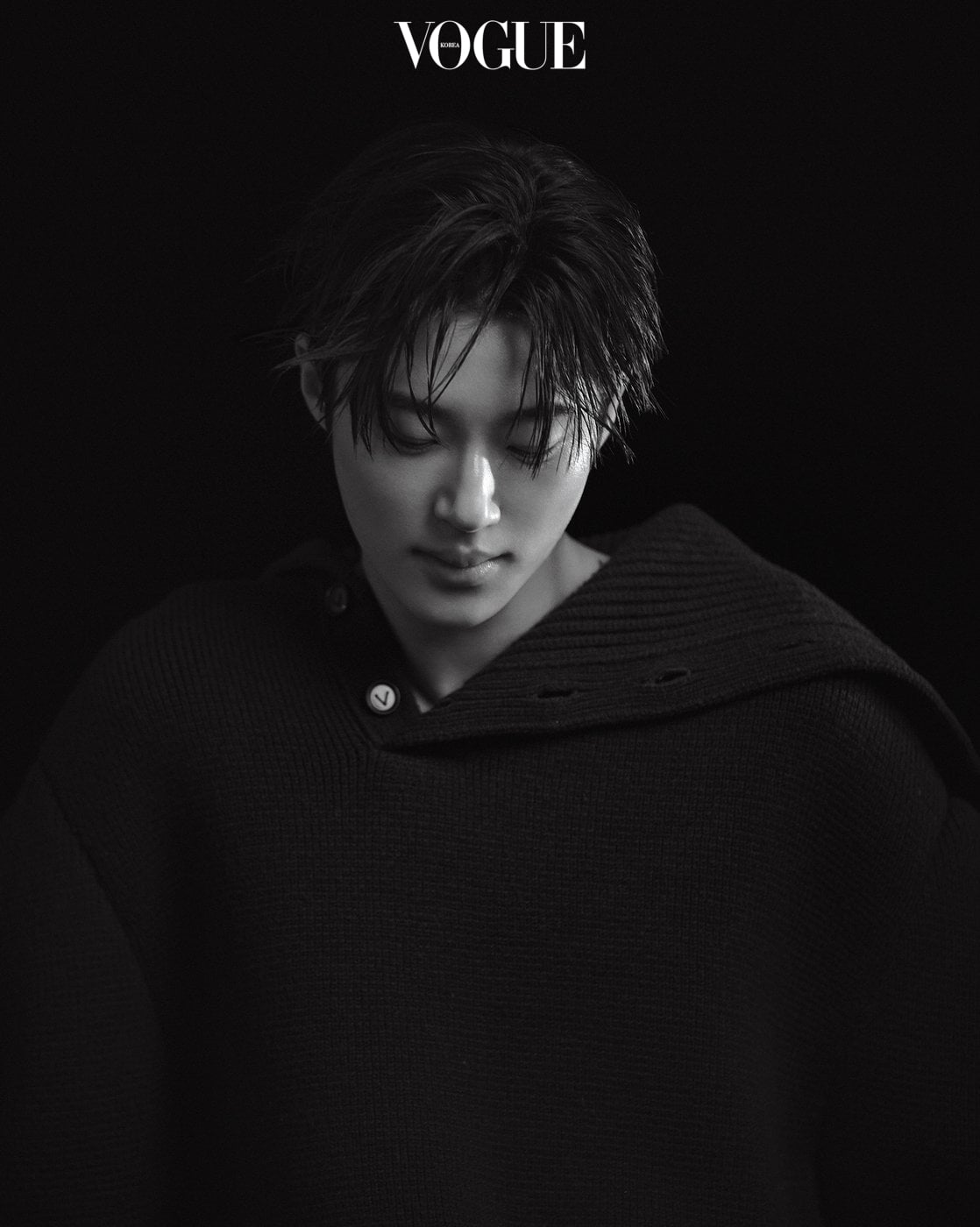 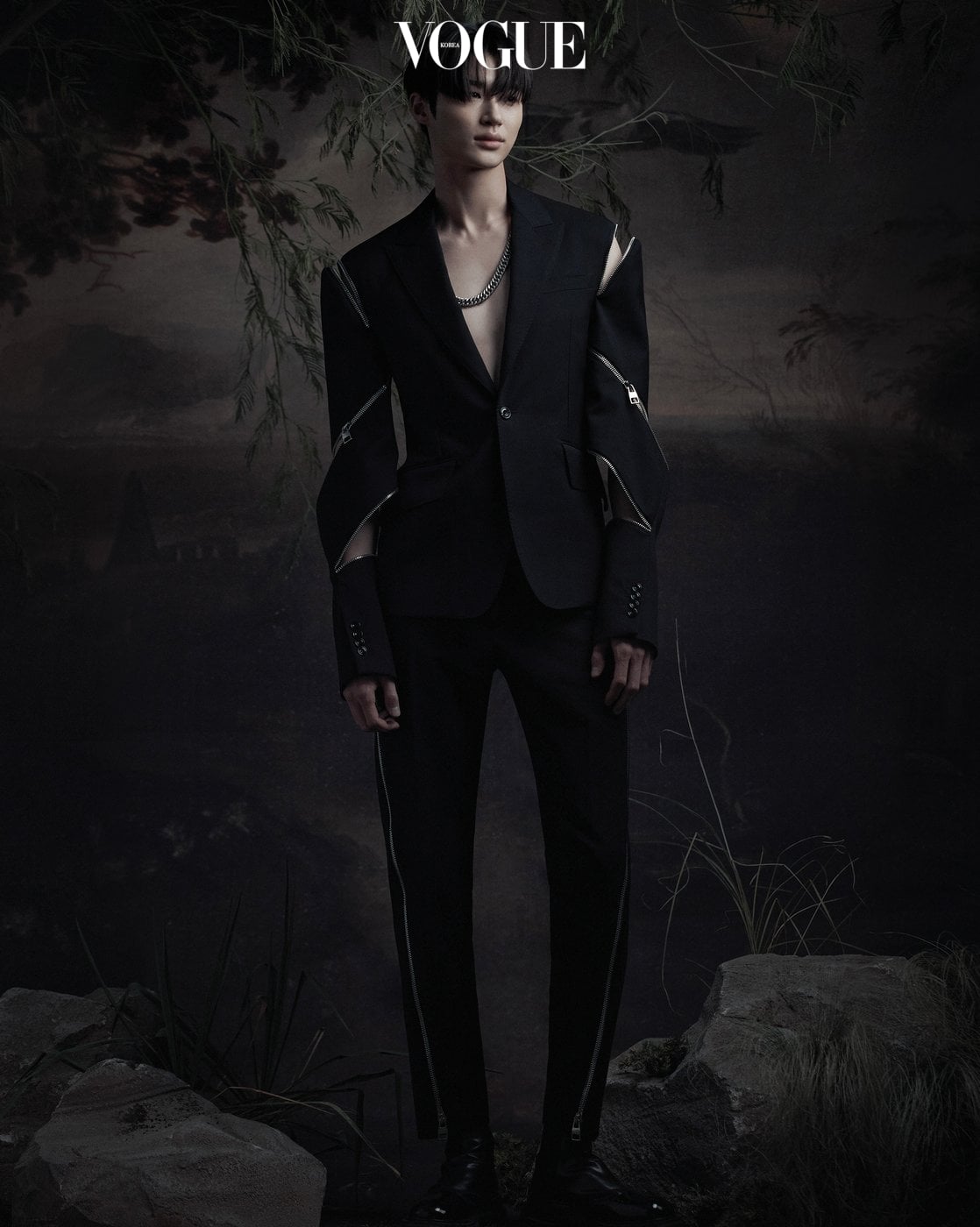 Before his acting career, Byun Woo Seok started off as a model at 20 years old (by Korean reckoning). He made his acting debut at the age of 26 in “Dear My Friends,” starring alongside well-known actors such as Youn Yuh Jung, Kim Hye Ja, Go Doo Shim, Na Moon Hee, Park Won Sook, and Shin Goo. Because of this, he said he felt enormous pressure to perform well. At that time, Youn Yuh Jung had asked him, “It’s your first time acting, right?”

When talking about his experience filming, he explained, “I worked really hard to prepare for that one scene, but I was so nervous. I could only act one way [in the scene]. Director Hong Jong Chan said that it would be fine even if I kept repeating that, but he advised me to try and express it in different ways. The more I think about it, I think I’ve learned a lot since my first production.” 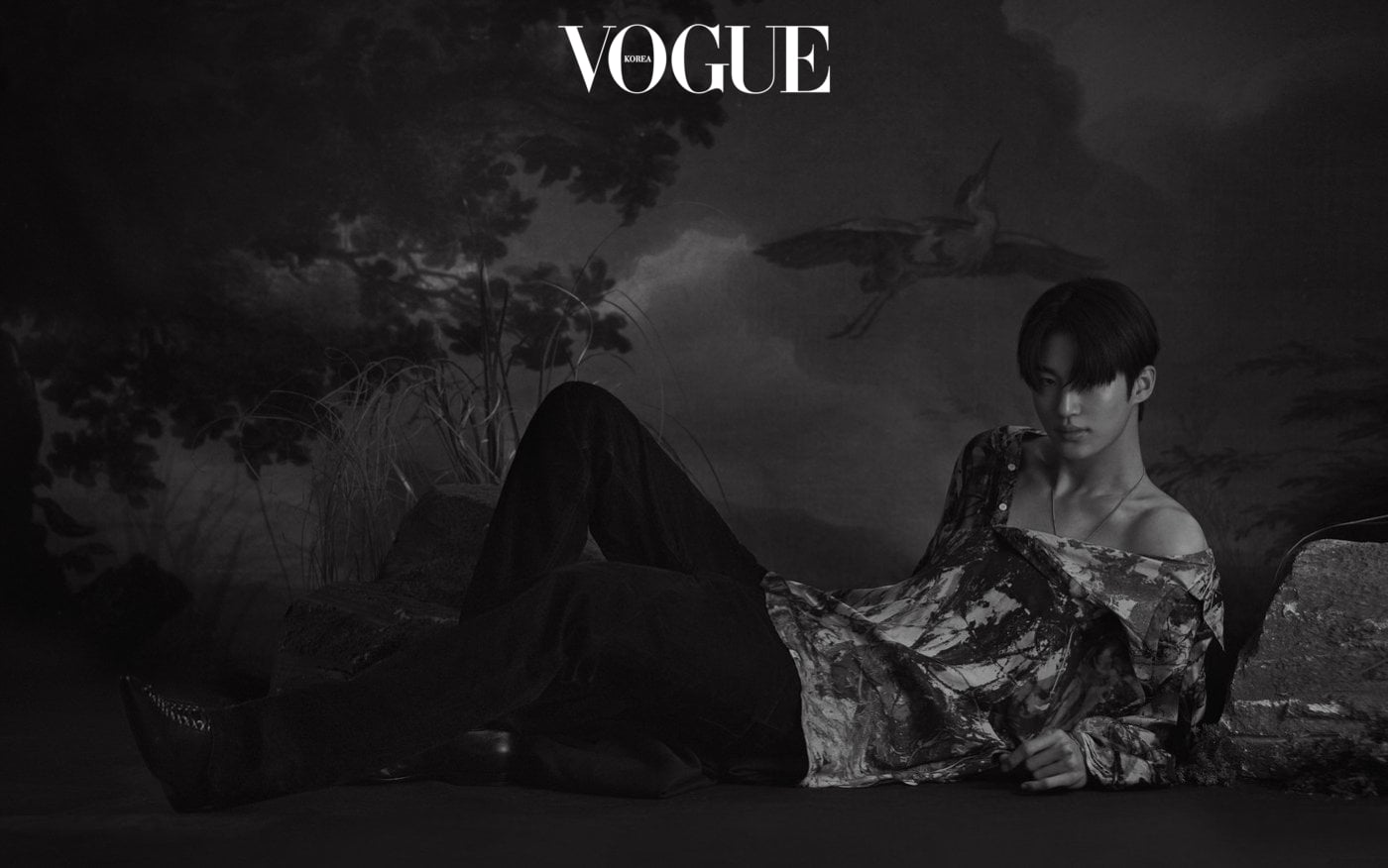 Before his debut, Byun Woo Seok failed more than 100 auditions and even auditioned 30 times in one month. In 2020, Byun Woo Seok starred in the drama “Record of Youth” as Won Hae Hyo, who purposely avoids receiving support from his mother (Shin Ae Ra). The actor explained that he sympathized with the character Sa Hye Joon (Park Bo Gum), an aspiring actor who struggles to rise up from the bottom. He elaborated, “Really, I failed every time I tried. I thought, ‘Why can’t I do this? Did I go down the wrong path?’ I had this sense of shame, but that was how much I was lacking. I was competing with actors who prepared more, so of course I failed. I believe that the longer you concentrate and do this work, good results will come.” 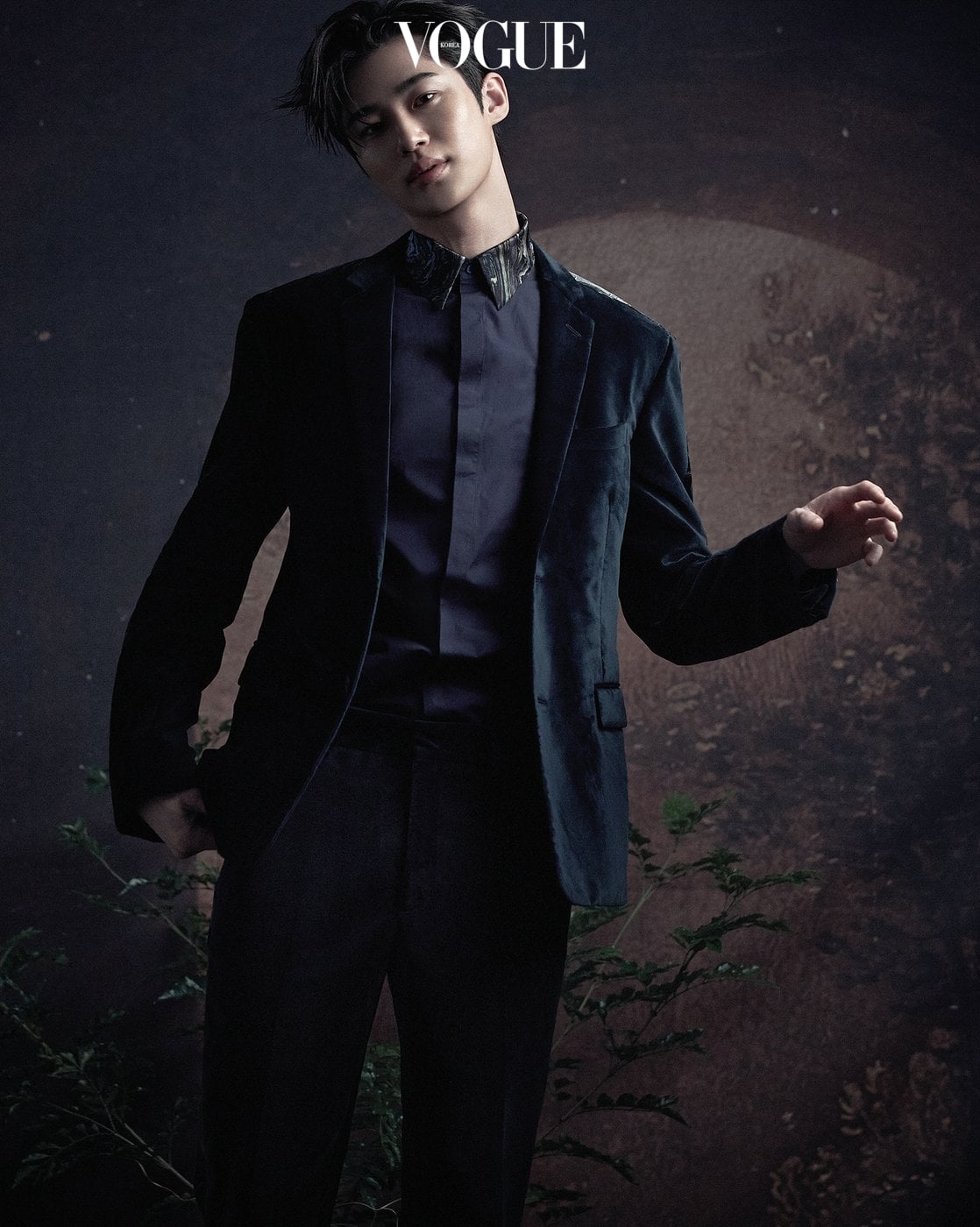 Byun Woo Seok is currently preparing for his upcoming films “Soul Mate” and “20th Century Girl” (literal titles). “Soul Mate” is a Korean remake of a Chinese film of the same name and stars Kim Da Mi and Jeon So Nee. Byun Woo Seok plays Jin Woo, who is the first love of Mi So (Kim Da Mi) and Ha Eun (Jeon So Nee). Regarding his first film, Byun Woo Seok shared, “The set of the movie filming was really nice. I talked a lot with the director, and I could think about my role. Of course, it was hectic since it is my first movie. I tried to act naturally, but acting shown on the big screen needs to be more immersive, so I needed practice.” 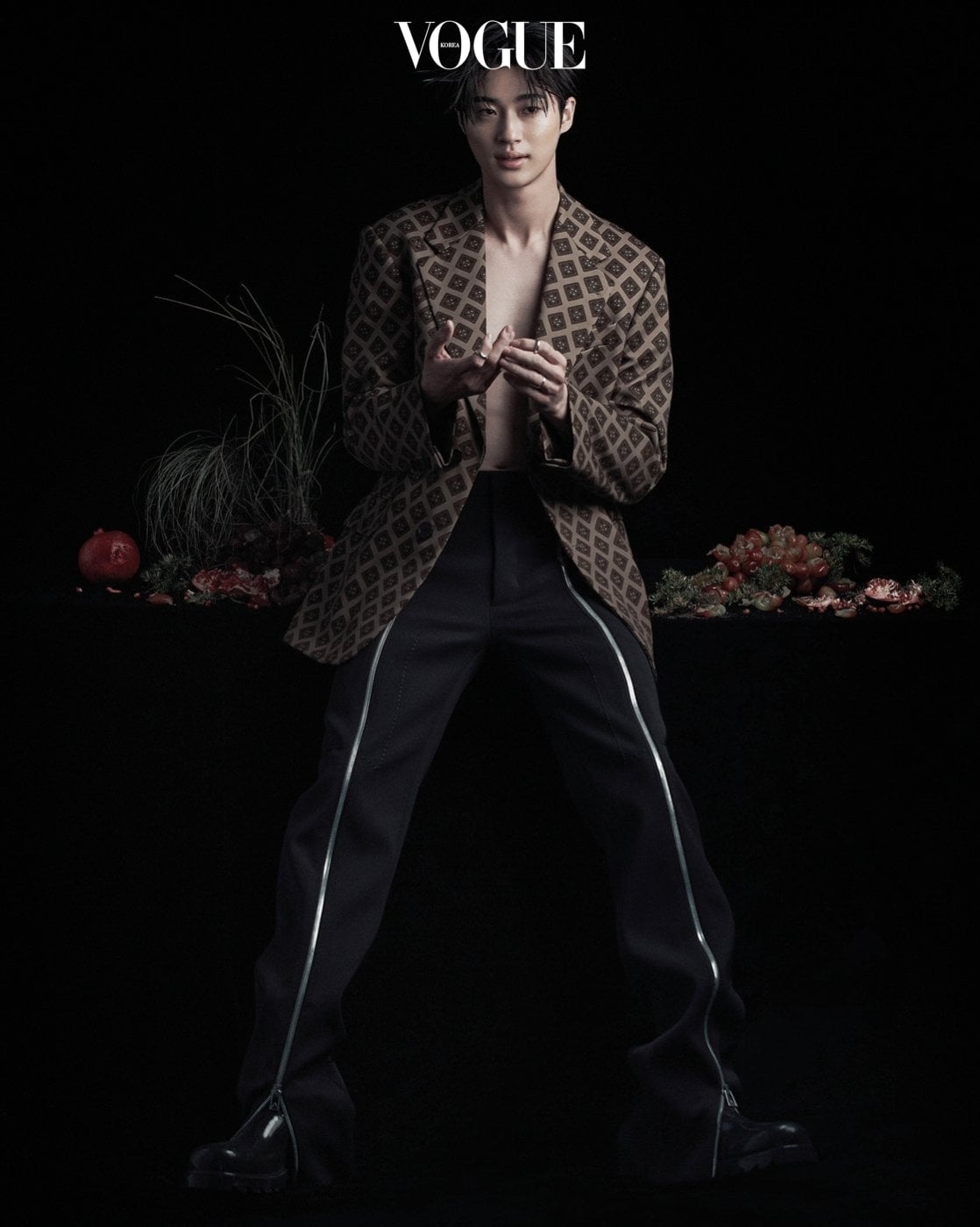 Byun Woo Seok is also currently filming for Netflix’s “20th Century Girl.” He plays the role of Poong Woon Ho, a classmate of Na Bo Ra (Kim Yoo Jung) who has a black belt in Taekwondo. When asked about whether he feels that it is a pity to act mostly in roles such as a first love interest, comforting boyfriend, or a crowned prince, he said, “It’s not like that at all. There are a lot of people who want to work as an actor, but I’m grateful that I was even given the chance. In my role as the crown prince in my current drama, I have to do acting that brings out and expresses my emotions. It’s as fun to do acting while expressing emotions actively as it is to do acting that shows inner emotions little by little. I enjoy learning in every role I play. It’s kind of funny to say this, but I was sincere in the past, and I am still sincere now about wanting to try acting in diverse roles.”

Vogue
Byun Woo Seok
How does this article make you feel?