Gaon Chart has revealed its chart rankings for the month of January! 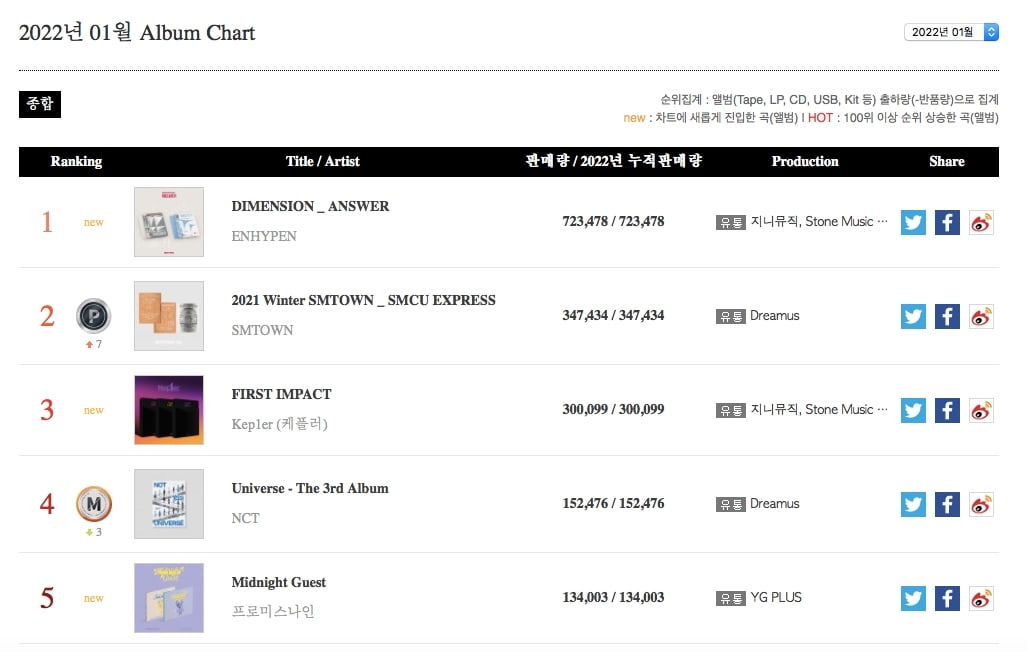 Lee Seung Yoon’s “The Giving Tree” (from the OST of the drama “Our Beloved Summer”) topped this month’s digital download chart, followed by IU’s “Winter Sleep” at No. 2 and MeloMance’s Kim Min Seok’s “Drunken Confession” at No. 3. 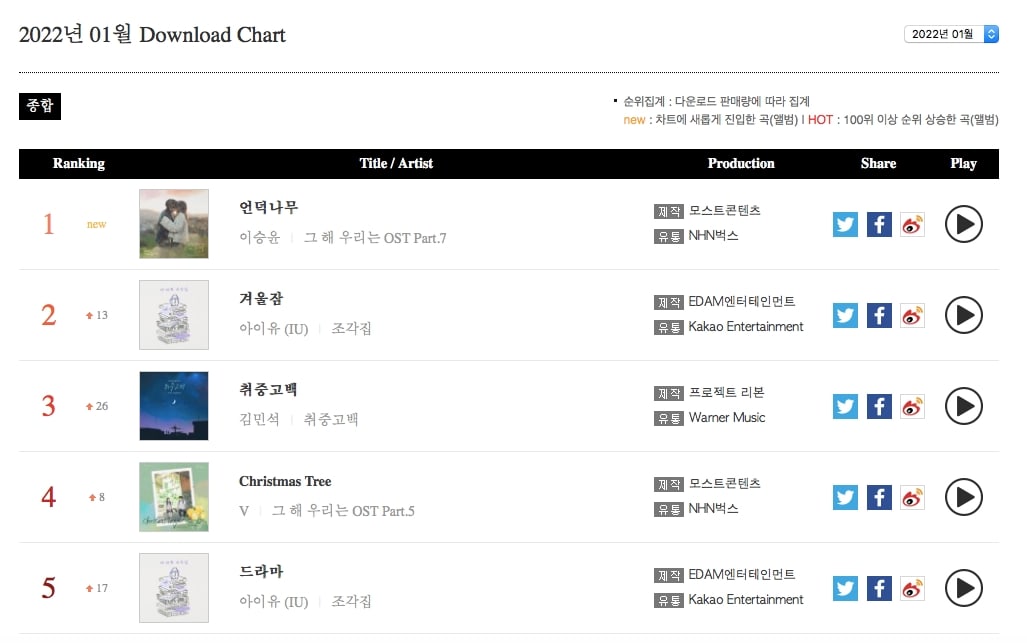 Kim Min Seok’s “Drunken Confession” shot to the top of the overall digital chart for January, while sokodomo’s “Merry-Go-Round” (featuring Zion.T and Wonstein and produced by Slom) stayed strong at No. 2.

BE’O’s “Limousine” (featuring WINNER’s Song Mino and produced by Gray) rose to No. 3 this month, trailed by IU’s “Winter Sleep” at No. 4 and IVE’s debut track “ELEVEN” at No. 5. 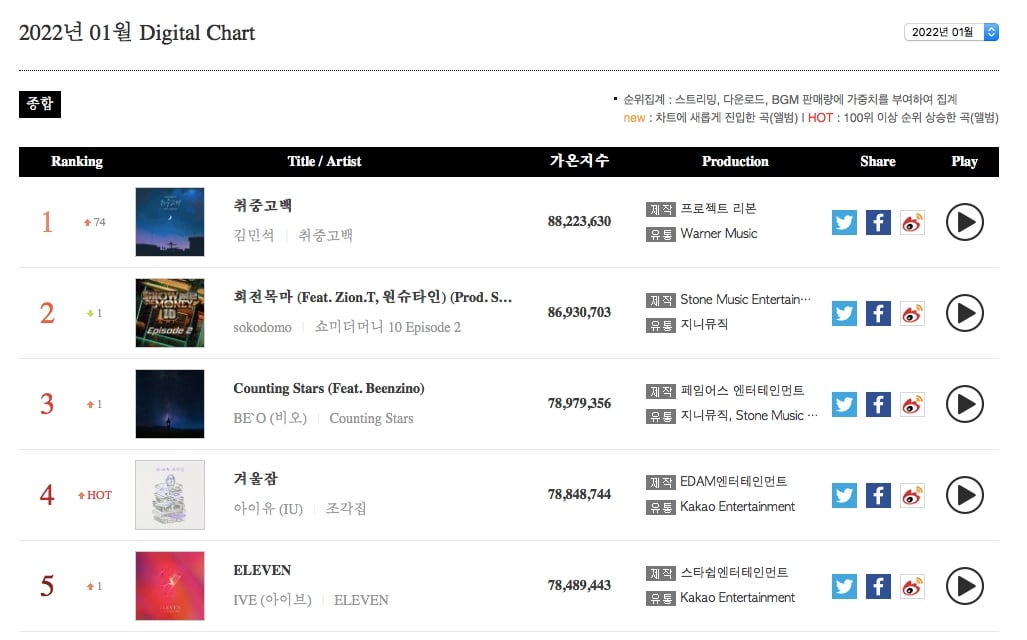 sokodomo’s “Merry-Go-Round” held onto its spot at the top of the streaming chart this month, followed by Kim Min Seok’s “Drunken Confession” at No. 2, BE’O’s “Counting Stars” (featuring Beenzino) at No. 3, BE’O’s “Limousine” at No. 4, and IVE’s “ELEVEN” at No. 5. 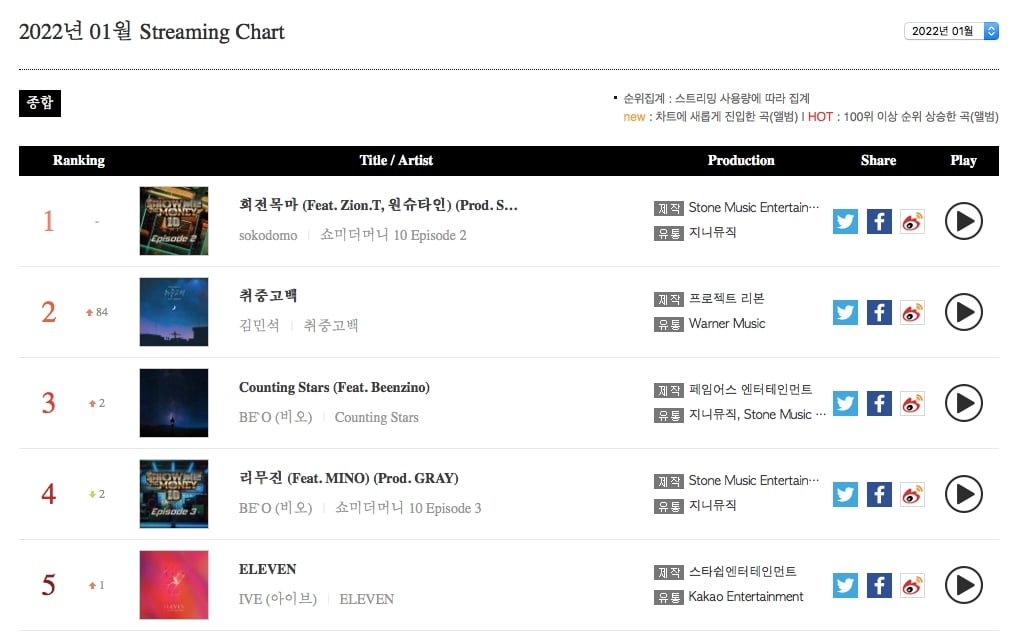 BTS continued their reign at No. 1 on this month’s social chart, trailed by BLACKPINK at No. 2, BLACKPINK’s Lisa at No. 3, Lim Young Woong at No. 4, and aespa at No. 5. 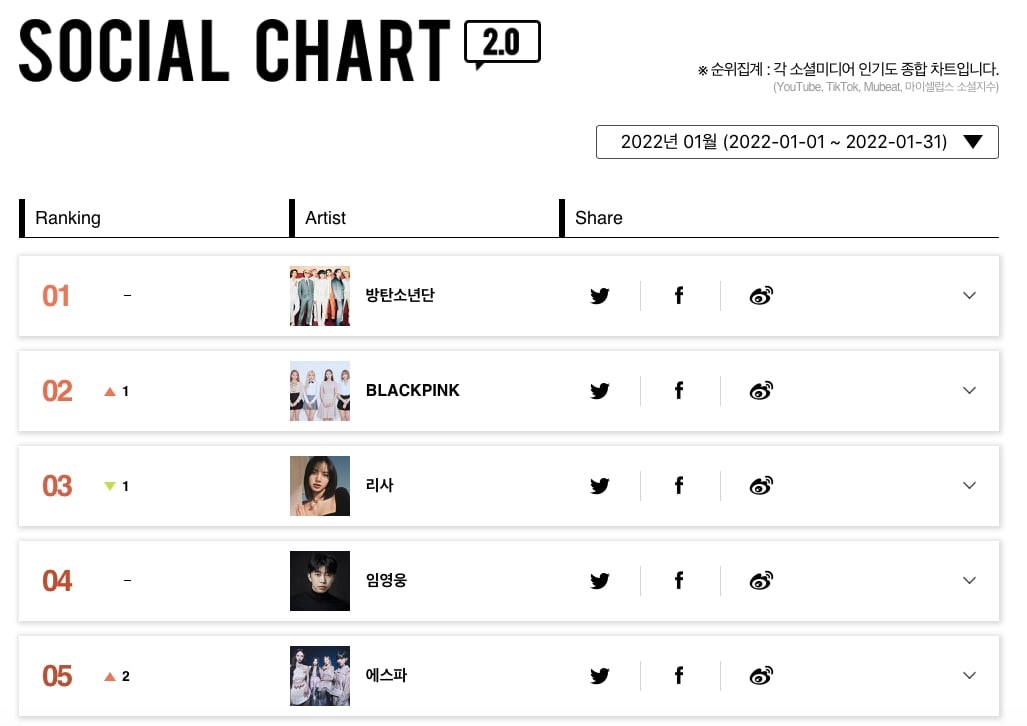