KBS’s upcoming drama “Love All Play” (previously known as “Going to You at a Speed of 493 km”) has released a group poster!

“Love All Play” is a sports romance drama about a badminton works team, starring Park Ju Hyun as Park Tae Yang, who only lives for sports, and Chae Jong Hyeop as Park Tae Joon, for whom sports is just work.

The poster shows the wholesome atmosphere of a team that works hard at their job (sports) but shares great chemistry and warmth with each other. This is also the first time that the Yunis team members have been shown sharing a court. Lee Yoo Min, although on a different team, is intimately connected with Yunis because her father, Lee Tae Sang (Jo Han Chul), is Yunis’s director. 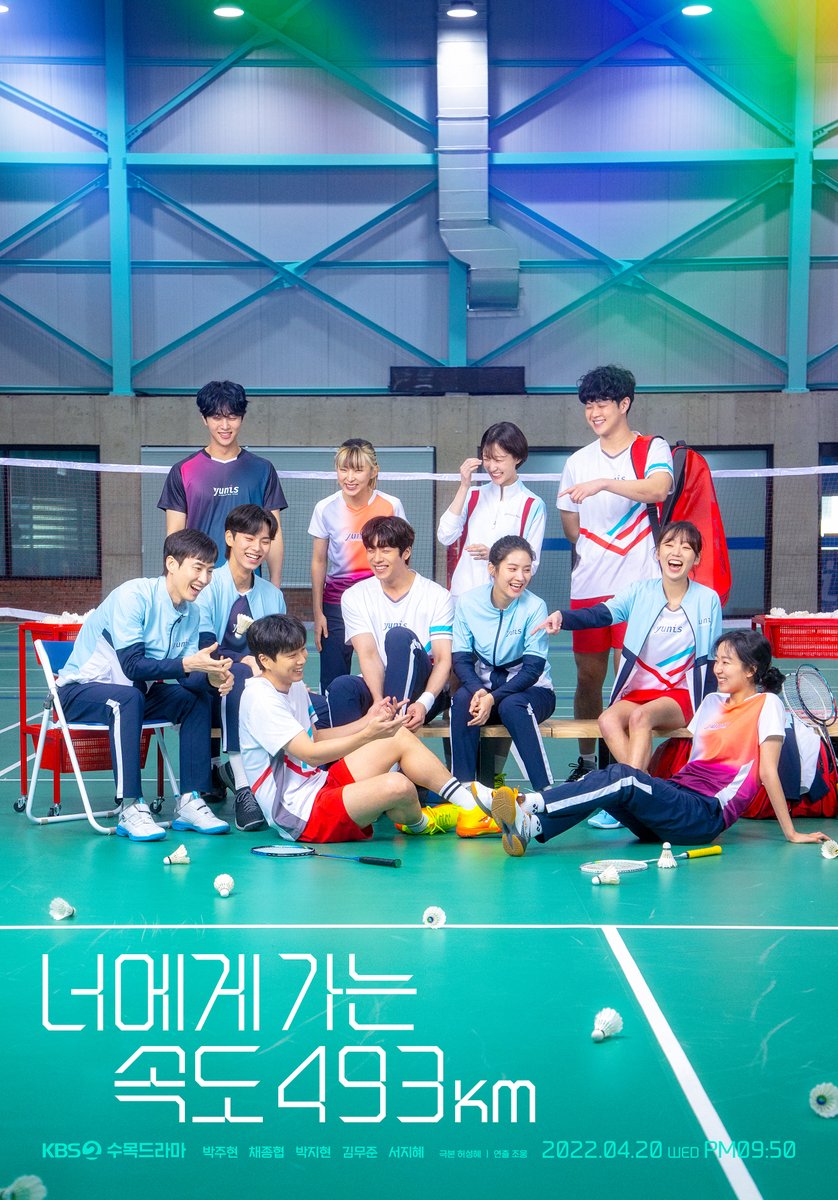 The production staff stated, “The cast showed their amazing teamwork when they gathered for the poster shoot. Even on the drama set, they are always discussing things with each other, debating and working hard in order to make a good drama. Please look forward to their teamwork that shines on- and off-camera when ‘Love All Play’ premieres.”