KARD And MIRAE Welcome J.Seph Back From The Military

On April 4, J.Seph was discharged the military and welcomed back by his KARD members. To celebrate the occasion, J.Seph held a V live broadcast with his members to talk about his service, and the group was eventually joined by a surprise guest!

He started off the broadcast saying, “Hello, it’s nice to see you. I’m J.Seph.” He shyly added, “I’m back!” and gave his official military greeting. After chaotically trying to ignore his members who were sitting off-camera, they eventually joined him with a congratulatory song, cake, and bouquet of flowers. 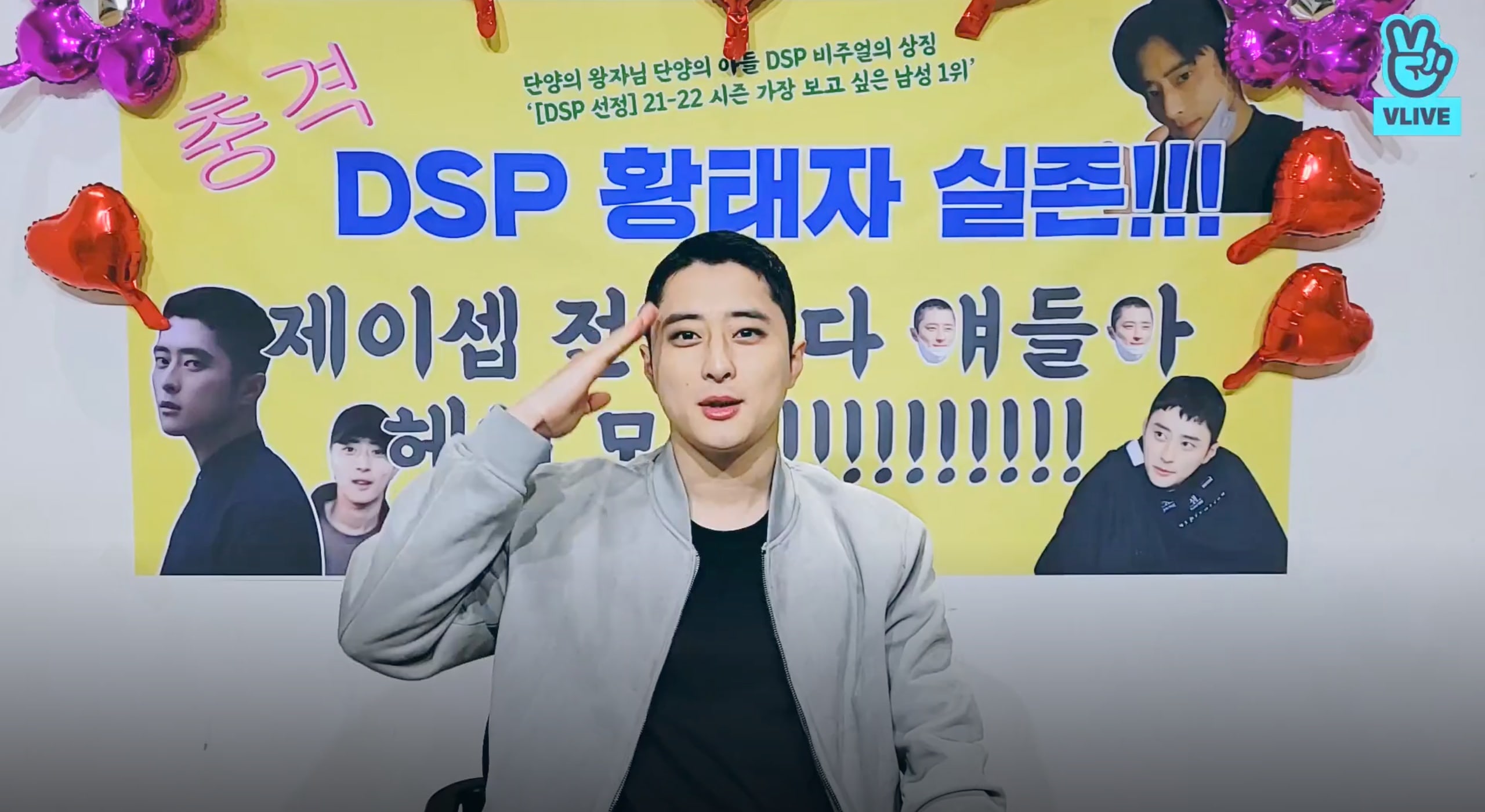 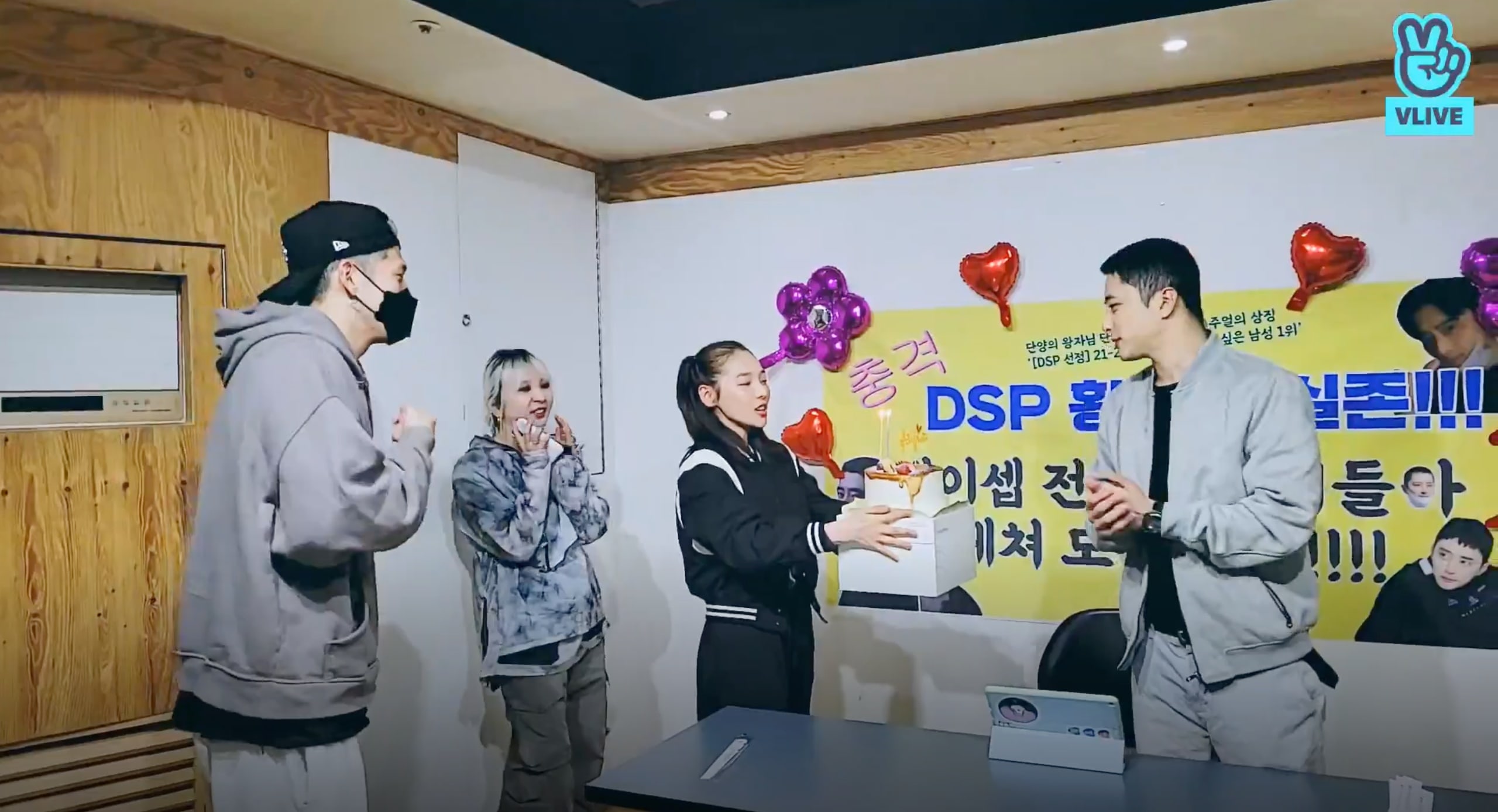 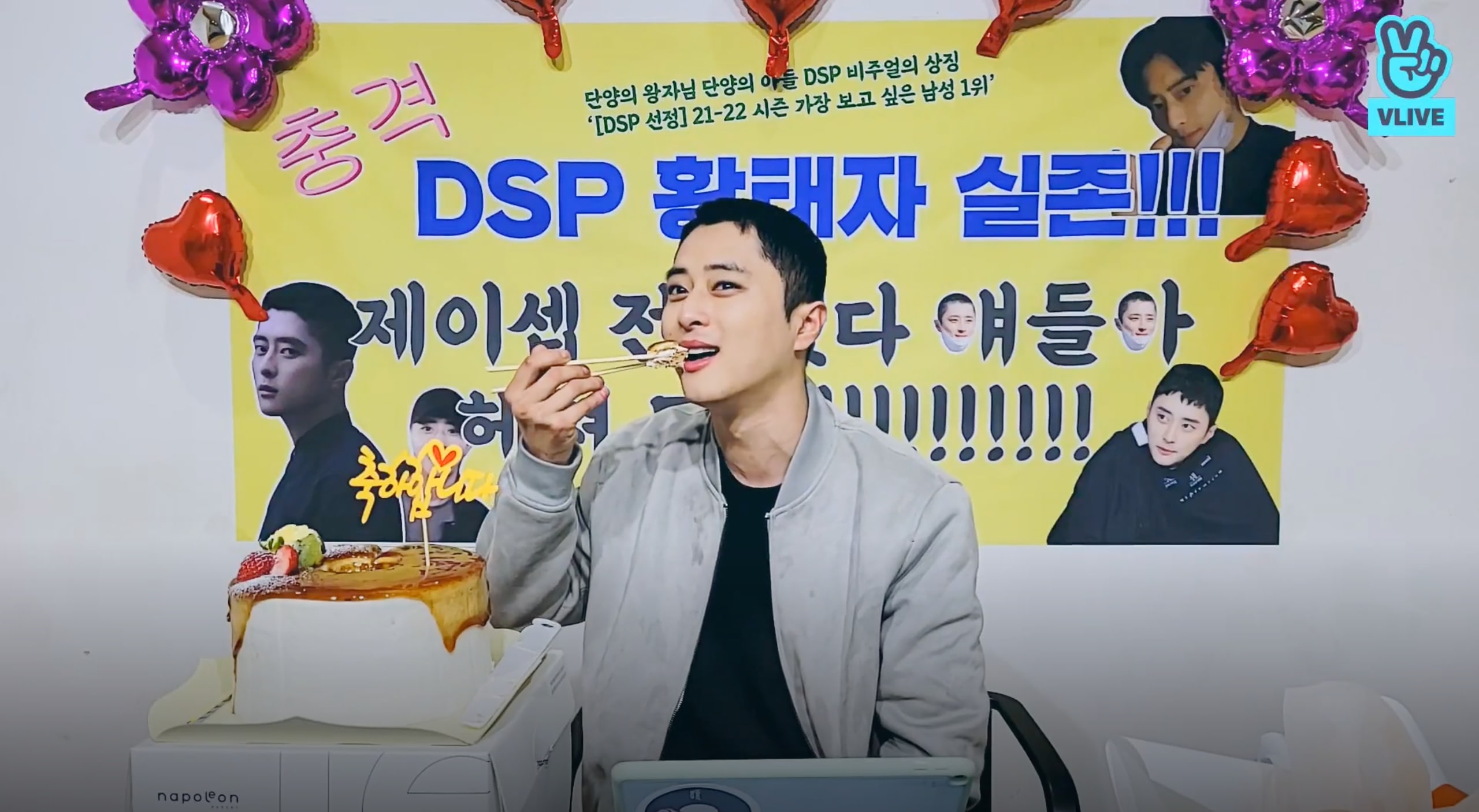 Now that J.Seph has returned, a viewer asked about KARD’s comeback and he answered, “Since I’ve been discharged, we will seek you out soon. Our comeback plans have somewhat been set so please wait a little. We’re in the process of preparations so if you just wait a bit, you will be able to see a good image.”

After, J.Seph shared a story about meeting a brigade leader during his service. He explained that the leader had asked who he was, and the director introduced J.Seph and said that he was a singer.

J.Seph reenacted their conversation, saying, “[The leader then said,] ‘What’s your [stage] name?’ So I said, ‘You might not know. We’re a co-ed group.’ ‘Co-ed group? Two guys, two girls?’ ‘Yes, that’s right!'” Once J.Seph confirmed their group’s name, the leader pulled out his phone and showed him that he had around five KARD songs saved. 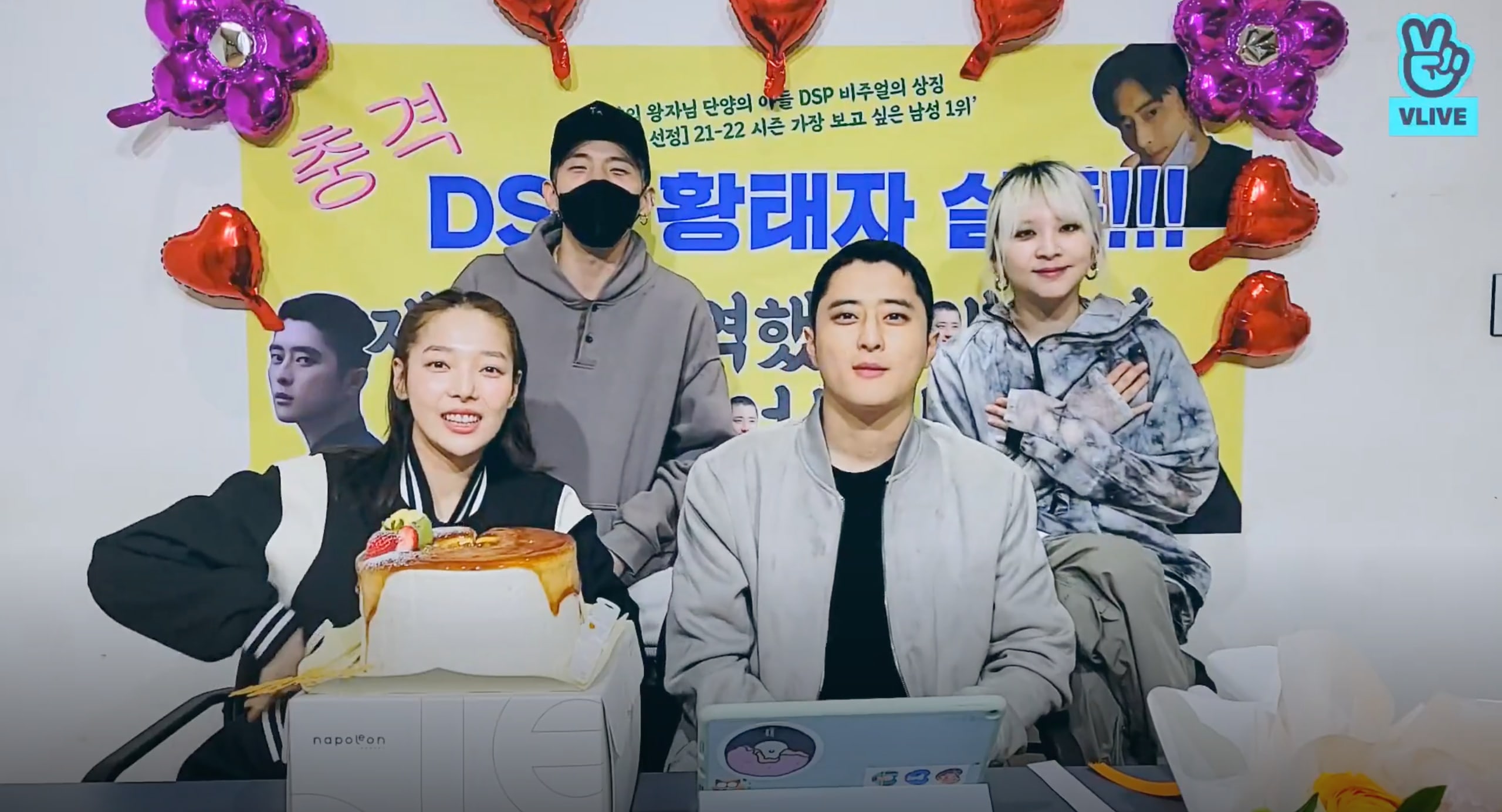 Later in the broadcast, KARD’s DSP Media labelmate MIRAE made a surprise appearance to congratulate J.Seph on being discharged. J.Seph commented, “I’ve been watching you well,” leading to cheers from MIRAE. 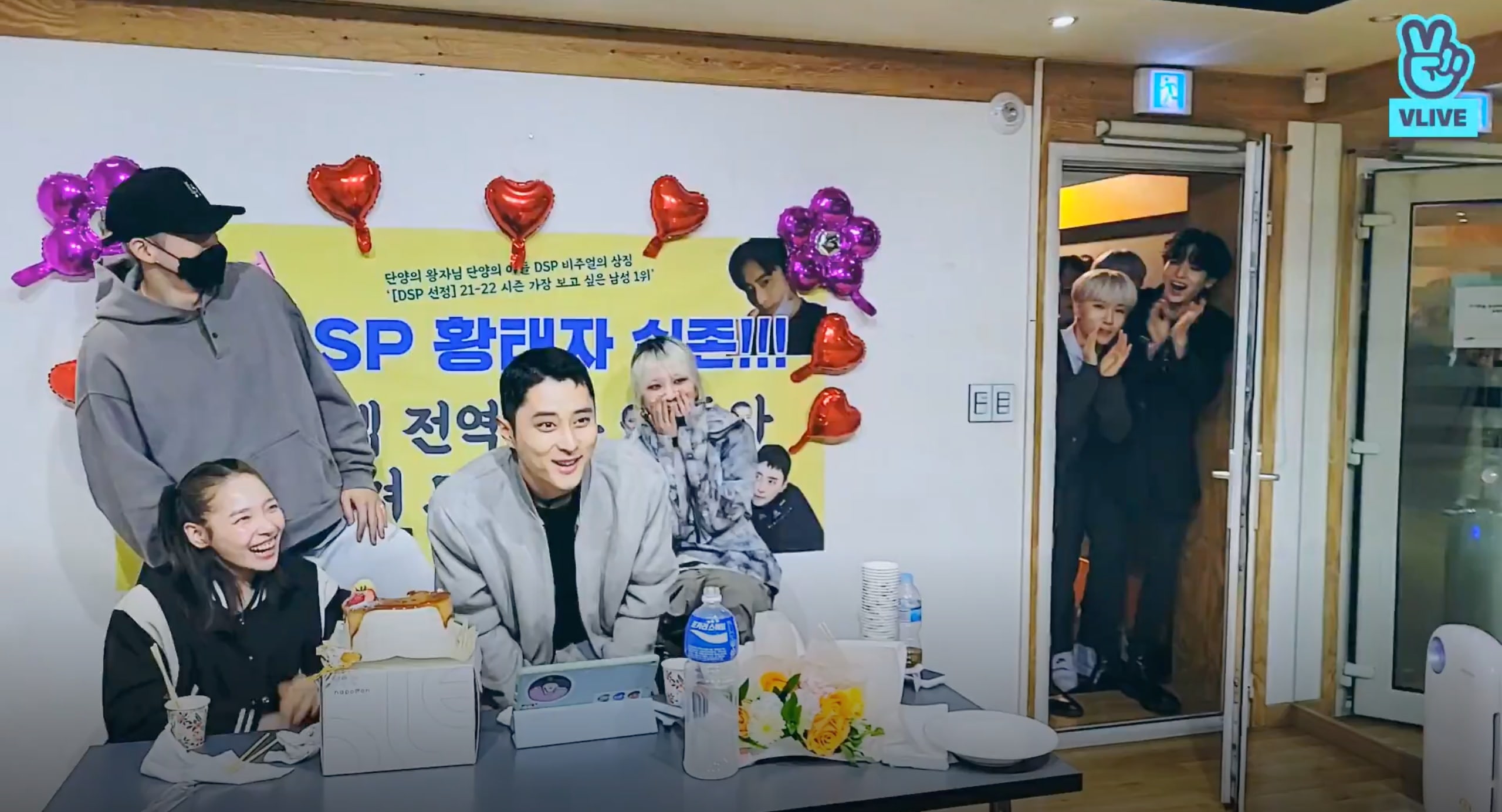 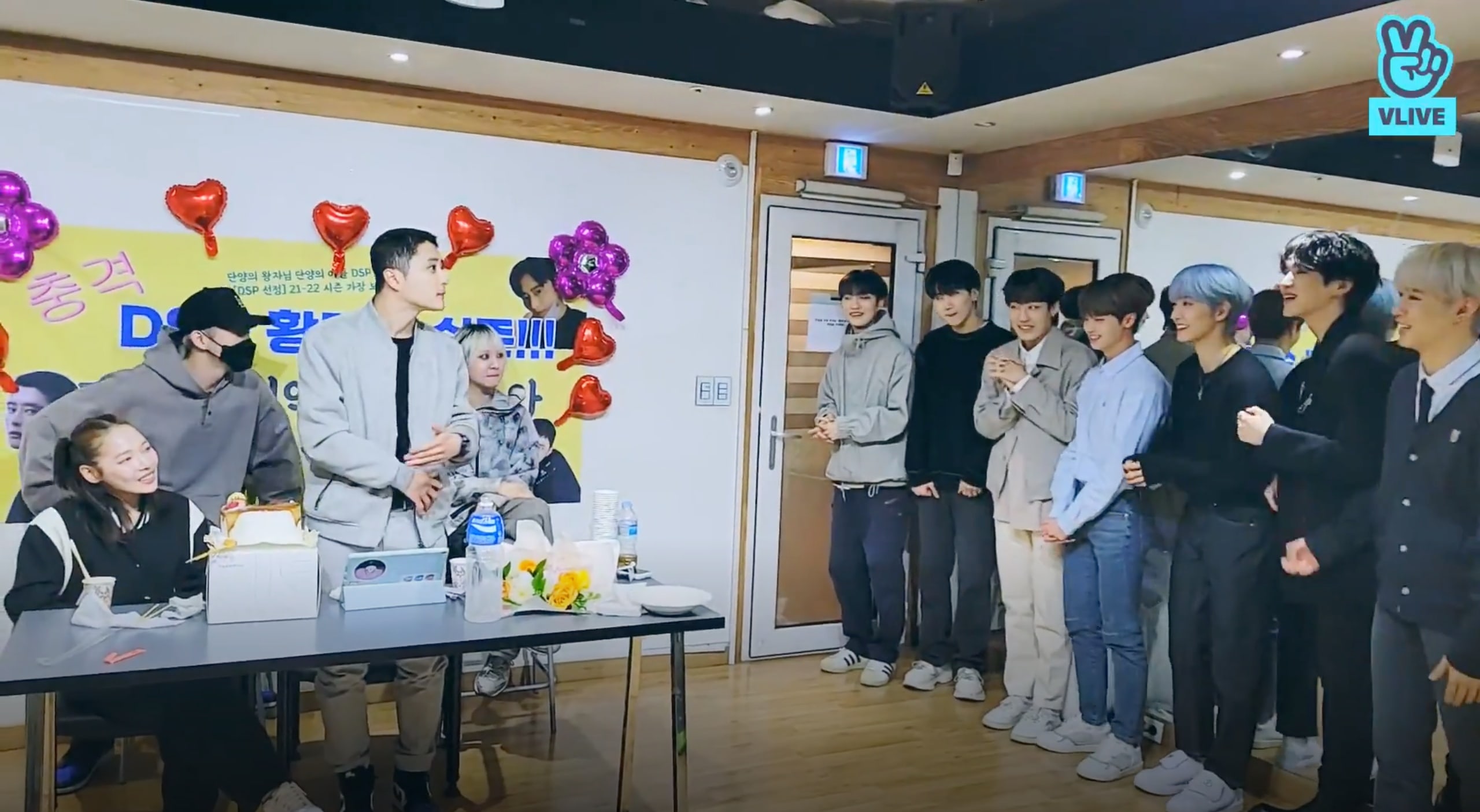 After doing a series of cute and trendy dances, including STAYC’s “ASAP,” J.Seph shared with fans that he was recovering from a recent ankle injury. He commented, “Before I was discharged from the military, I hurt my leg. I had a cast on until the day before I was discharged.”

J.Seph explained, “If you won the soccer competition, they said they would give you a two-day vacation. I thought that I should do well and get the two-day vacation to get discharged sooner. I played but as I was running, I heard a ‘pop’ sound from my ankle. It was sprained, so it still hurts a bit now.”

As a final comment to fans, J.Seph shared, “I’ve come back after staying healthy and well, so I will be thankful if everyone looks forward to J.Seph’s future endeavors. My members and I will seek you out with good performances, so please wait a little. Please always take care of your health and don’t skip meals. I hope you will only see and think about good things. I will do the same.”

When asked about his determination for upcoming promotions, J.Seph added, “I will try to approach you with the mature image of a military-idol who has returned from the military, so please take me in with an open heart.” 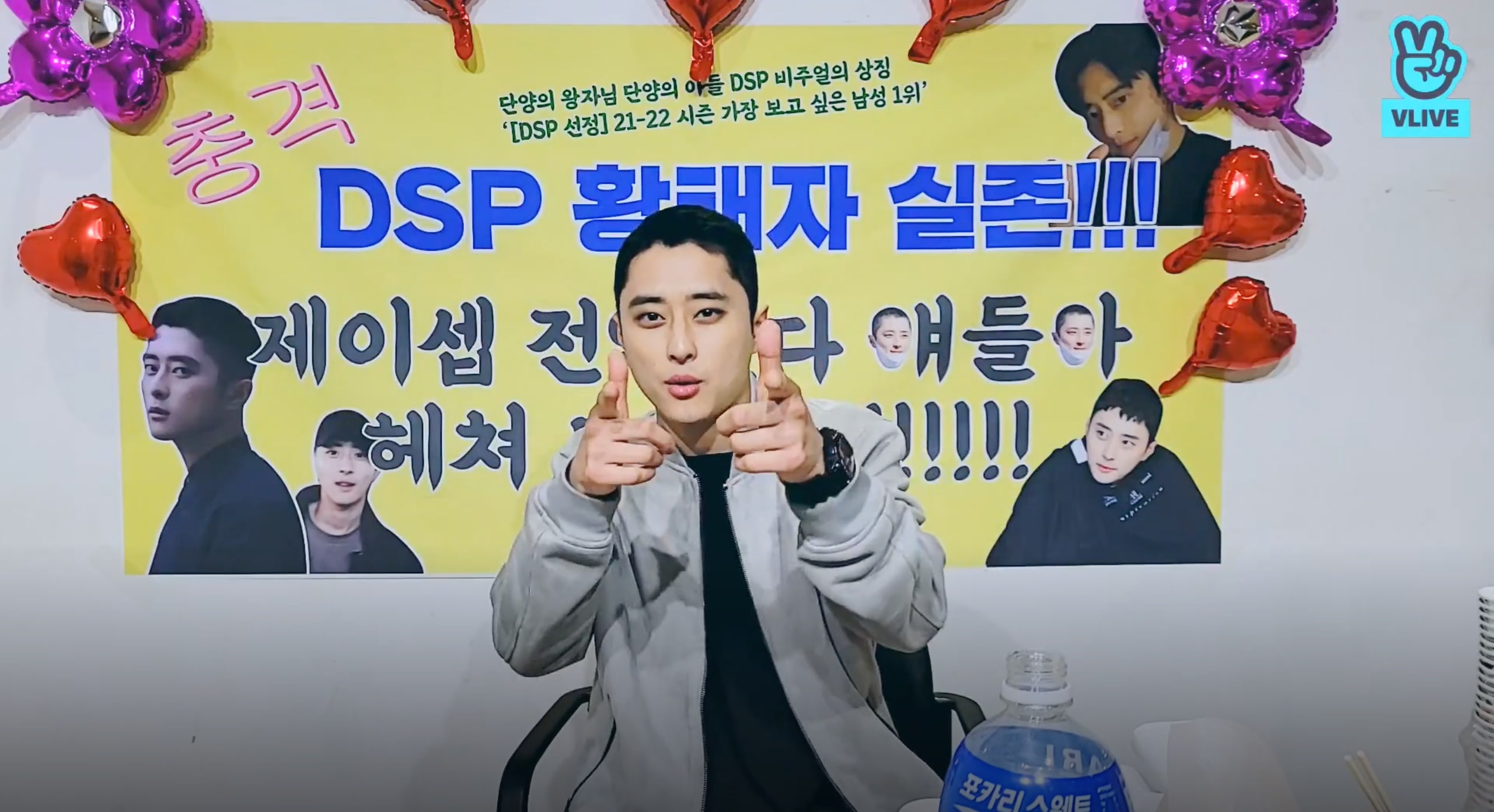 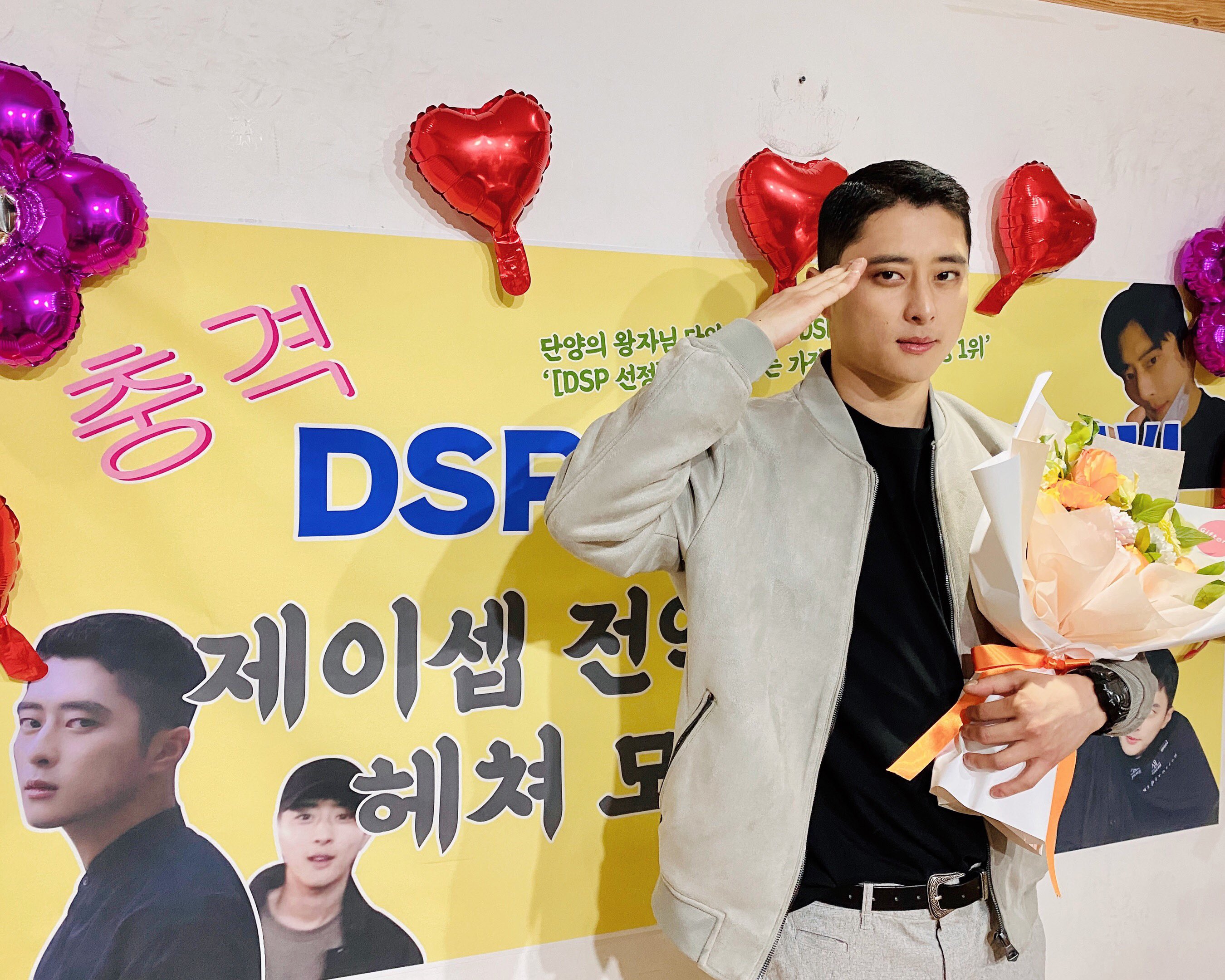 J.Seph enlisted on October 5, 2020 as an active-duty soldier. As BM is an American citizen, J.Seph was the only member of KARD required to complete his mandatory military service. KARD made their last comeback in August 2020 with “GUNSHOT.”

KARD
J.Seph
Mirae
How does this article make you feel?