tvN has shared a detailed look at the character relationships in “The Killer’s Shopping List”!

The newly released character charts give a close look at the various characters in the upcoming drama and how they’re acquainted with one another. 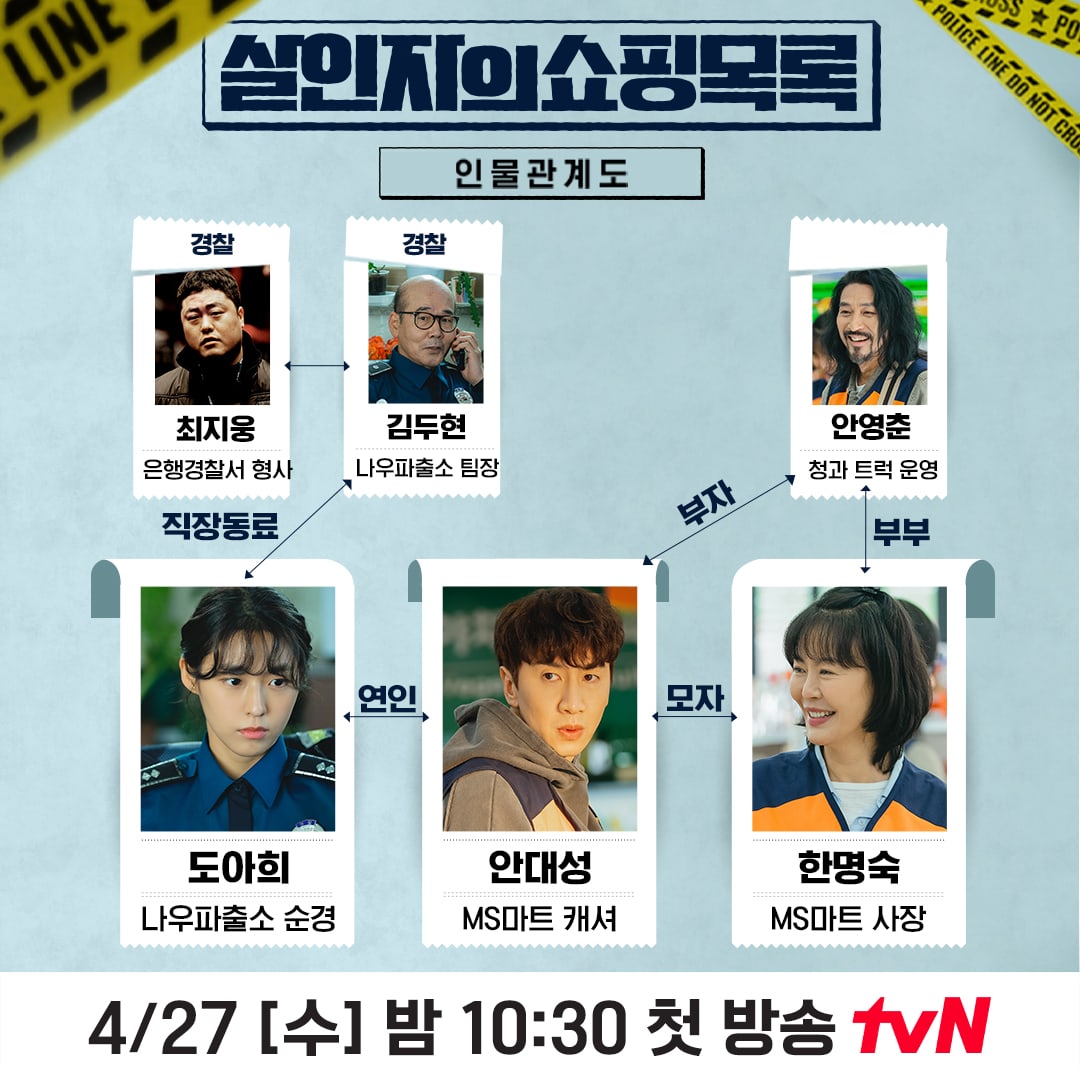 Other MS Mart employees include Jung Wook (Lee Kyo Yeob), a gym rat and an arts college student, who has a one-sided crush on Ya Chae (Oh Hye Won), a former beauty pageant contestant. 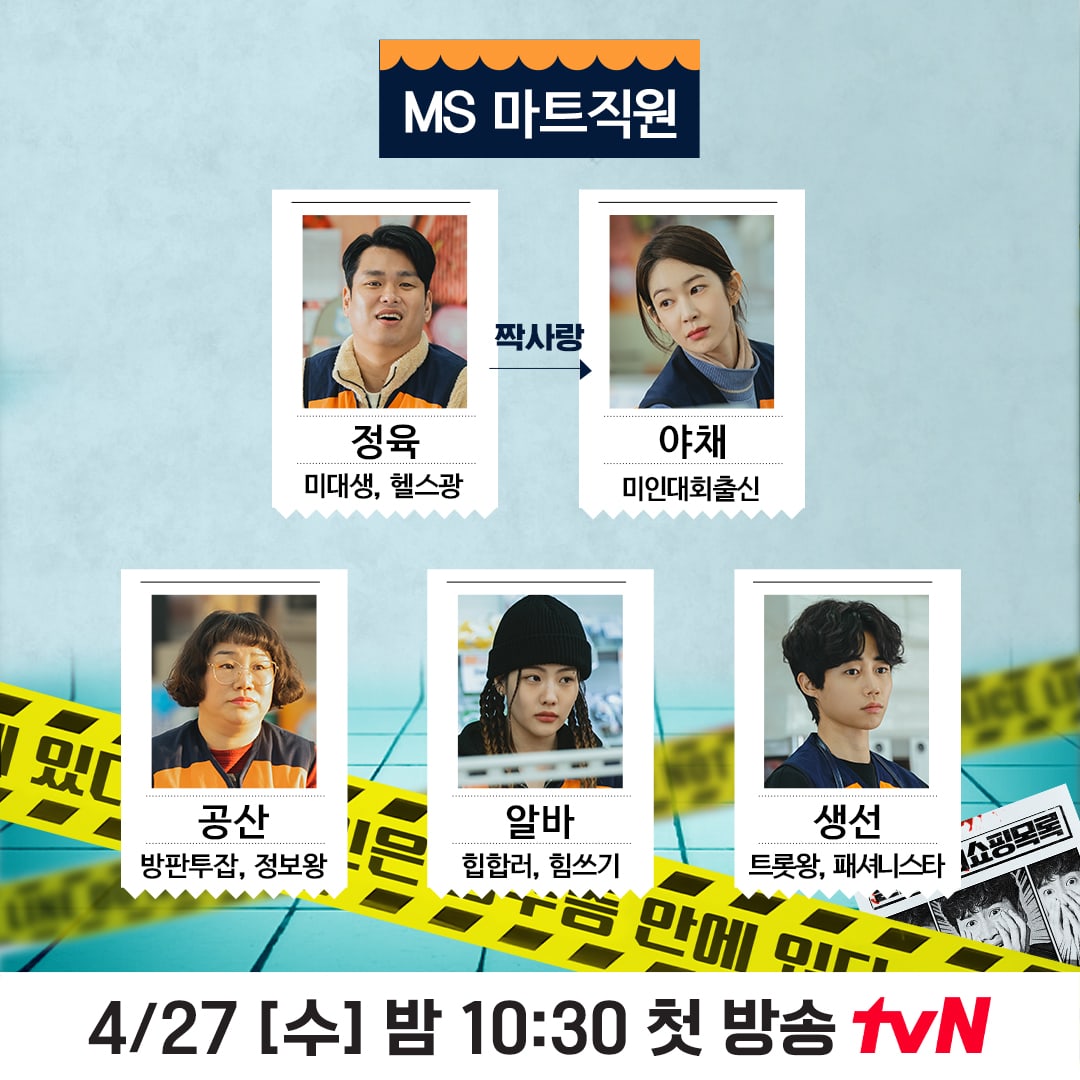 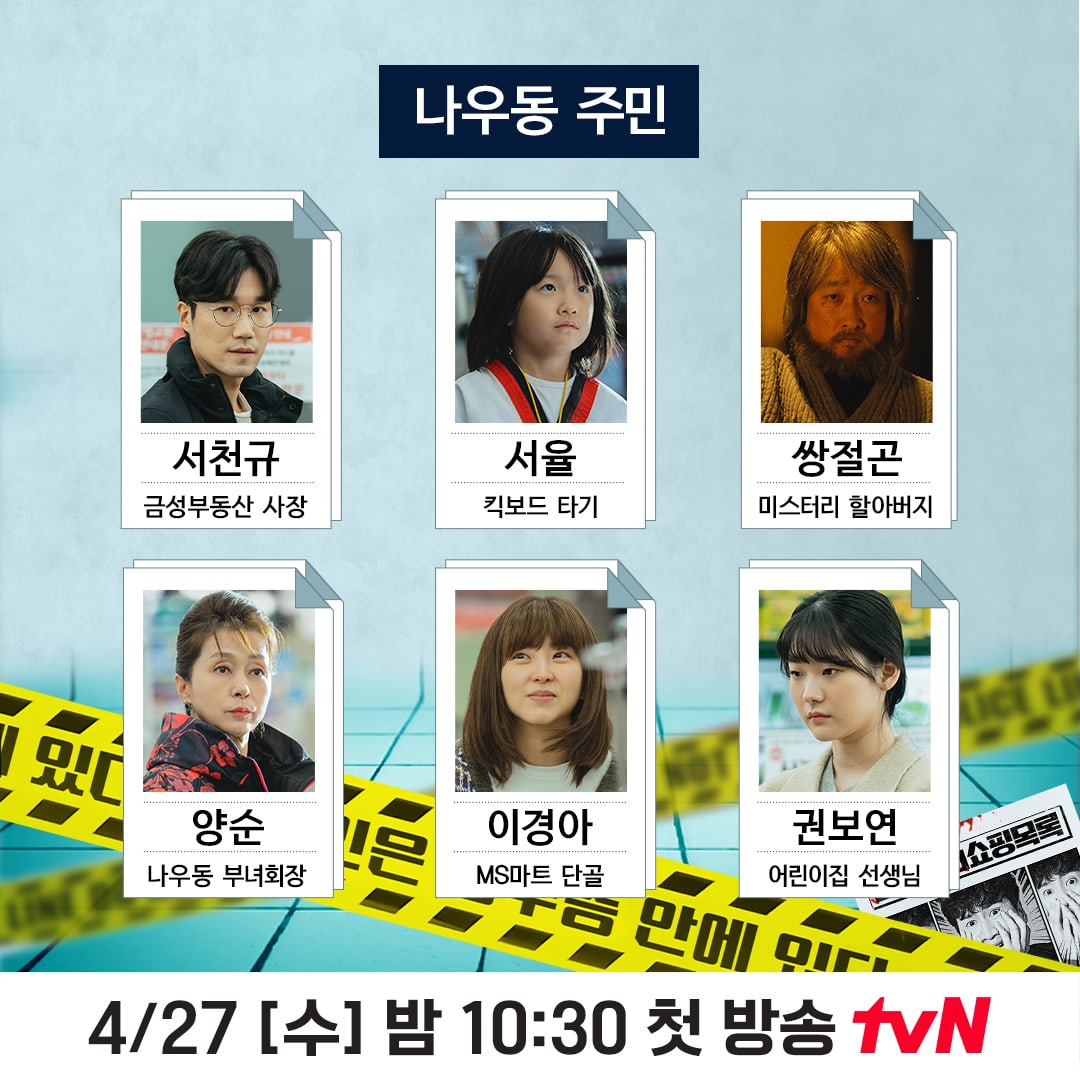