SM Entertainment will be holding its first offline agency-wide concert in three years this summer!

On April 26, SM Entertainment officially announced its plans to hold a two-night “SMTOWN LIVE 2022 : SMCU EXPRESS” concert at the Tokyo Dome in Japan.

Starting in 2008, SM Entertainment has held many SMTOWN LIVE concerts in various countries all over the world, but due to the COVID-19 pandemic, the last offline SMTOWN LIVE show took place in Tokyo in 2019. In the years since, the company has streamed a free SMTOWN LIVE concert online on each New Year’s Day, with this year’s “SMTOWN 2022 : SMCU EXPRESS @KWANGYA” setting a new record for the highest number of streams ever achieved by a Korean online concert.

In addition to performances by each of the artists, the upcoming concert will also include special collaboration stages by members of different groups. 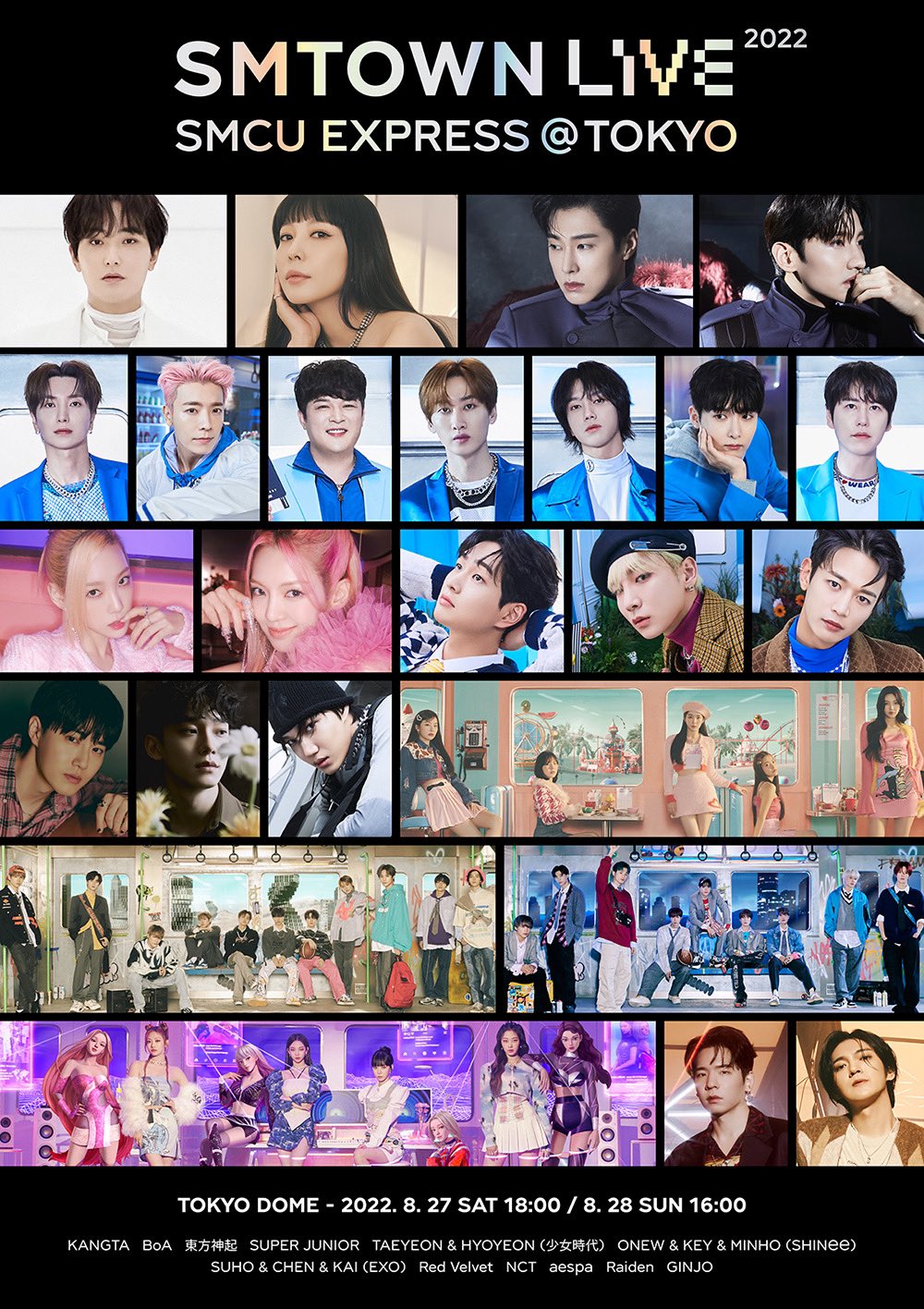 Are you excited for SMTOWN LIVE to return to the non-KWANGYA world?