Official character posters for “Kiss Sixth Sense” are finally out!

Disney+’s upcoming “Kiss Sixth Sense” was originally a web novel before being adapted into a webtoon. The drama is about a woman named Hong Ye Sul (Seo Ji Hye) who can see the future when she kisses someone. One day, she accidentally kisses her boss Cha Min Hoo (Yoon Kye Sang) and sees them in bed together in the future.

On May 9, individual posters for the three main characters were revealed, giving a taste of what’s to come. The lineup includes Cha Min Hoo, who’s a master of his senses, Hong Ye Sul, who lives with a superpower, and Lee Pil Yo (Kim Ji Suk), who’s a genius director. When placed side by side, the three posters spell out the word “SIX.”

Cha Min Hoo has conquered the world of advertising thanks to his super sensitive intuition. His five senses are at least 10 times more developed than the average person. On the surface, anyone can tell how charismatic he is from the sharp and cold look in his eyes. But underneath, there exists a prickly persona who is sensitive to all he sees, hears, and feels. The text on his poster reads, “‘The man whose future began’ with one kiss.” 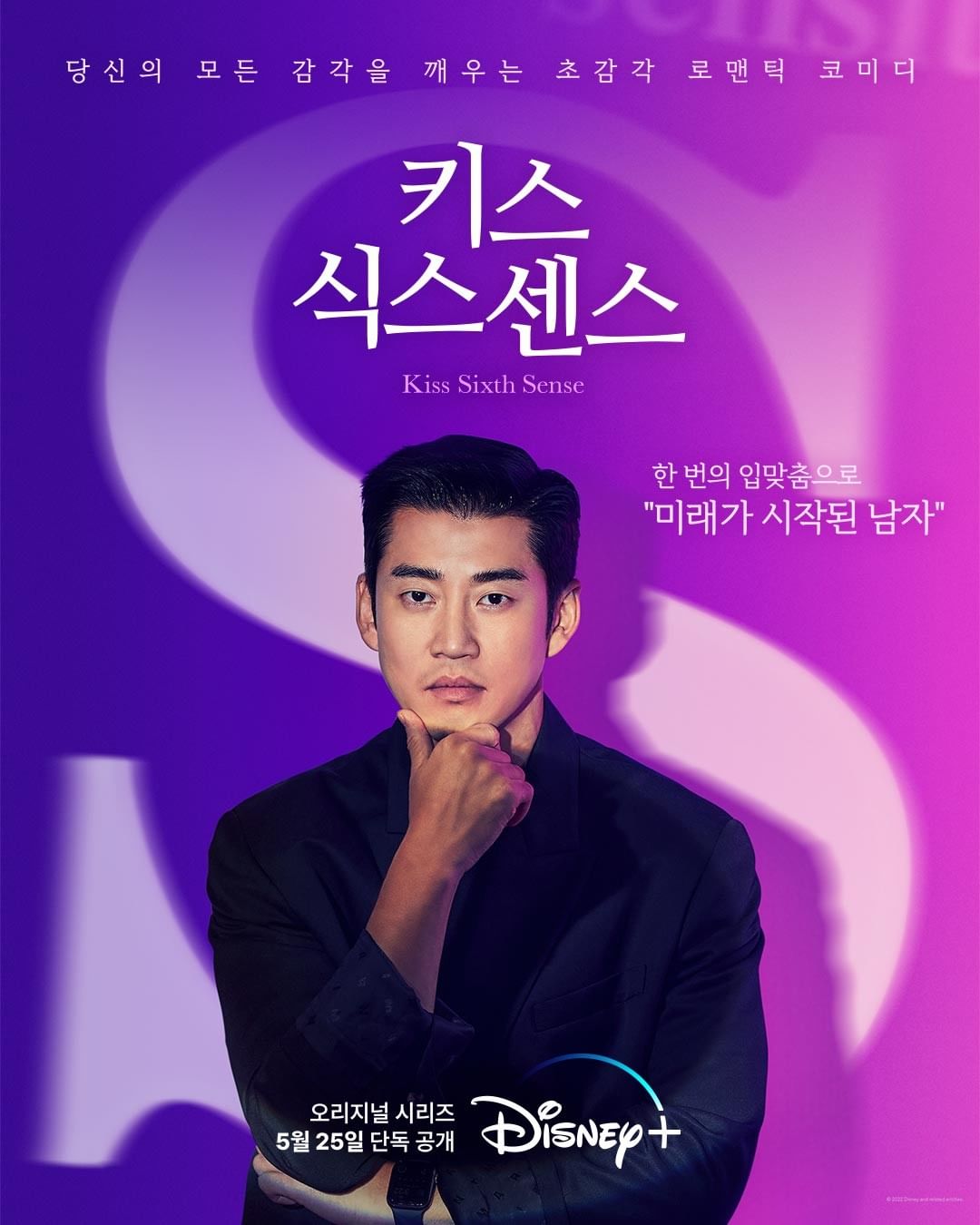 Hong Ye Sul is an advertising AE (Account Executive). She’s the ace of her team, and her confidence shines through with her wide smile and bold pose in the poster. She’s a workaholic that has come thus far by working hard under Cha Min Hoo, a boss who doesn’t mind being rude if it means he can be honest. But aside from her amazing work ethic and thriving career, she also has the special ability to see into the future. And for better or for worse, the future she sees always comes true. Her kiss will take Cha Min Hoo and Lee Pil Yo on a ride of a lifetime, tying everyone involved into an interesting knot of relationships. The text next to her reads, “‘A woman who sees the future’ with one kiss.” 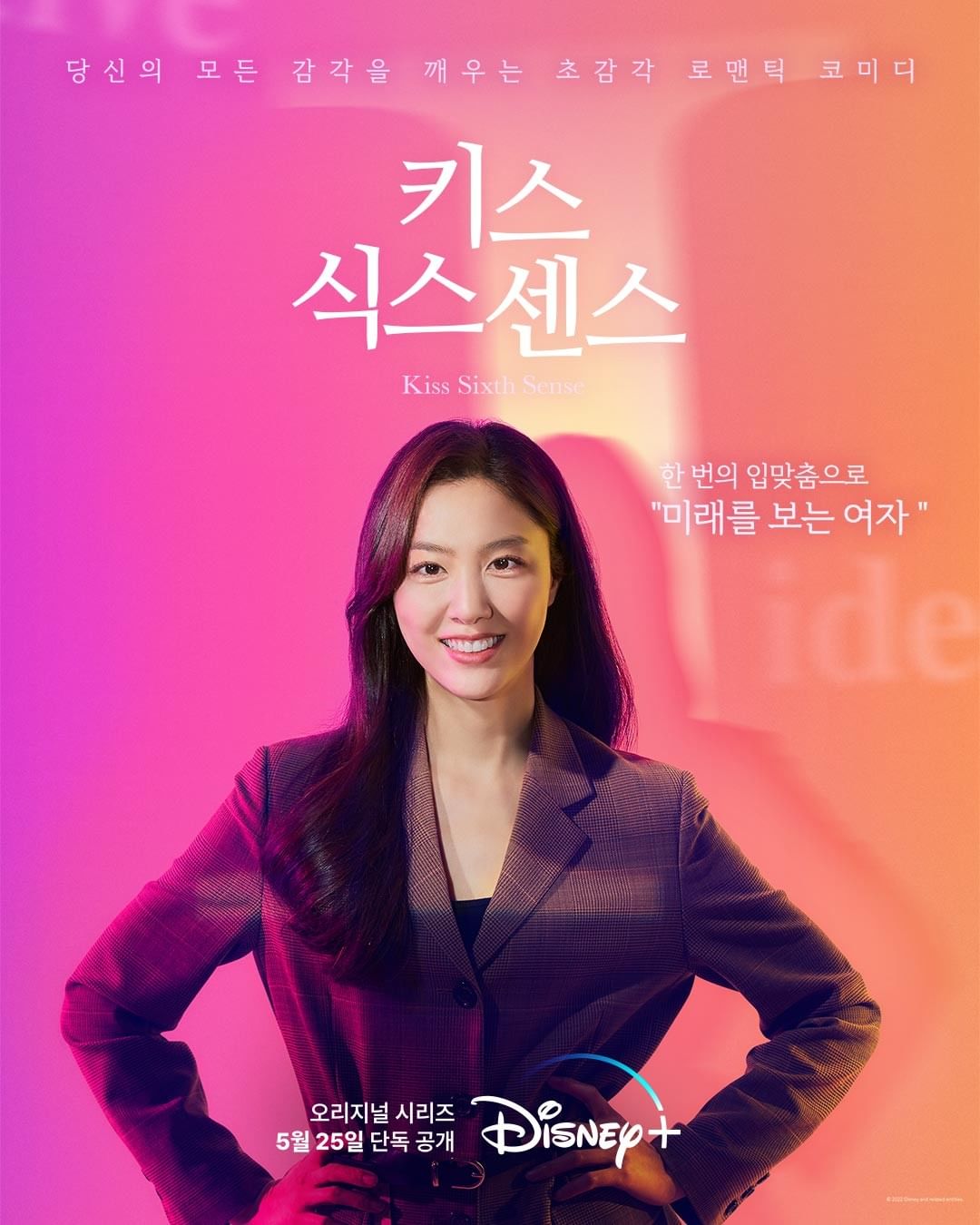 Lee Pil Yo is the man who has it all. He’s a genius when it comes to his work as a director, so it only makes sense that he’s always smothered with requests by numerous media companies to work together. But he puts all of them aside when he gets the chance to work with one advertising company in particular. Of course, this company has a person of interest in employment: Lee Pil Yo’s ex-girlfriend Hong Ye Sul. Despite his desperate attempt at getting back together, things will get complicated since the man Hong Ye Sul sees in her vision is not him but Cha Min Hoo. The text on his poster reads, “‘The man whose future was reversed’ with one kiss.” 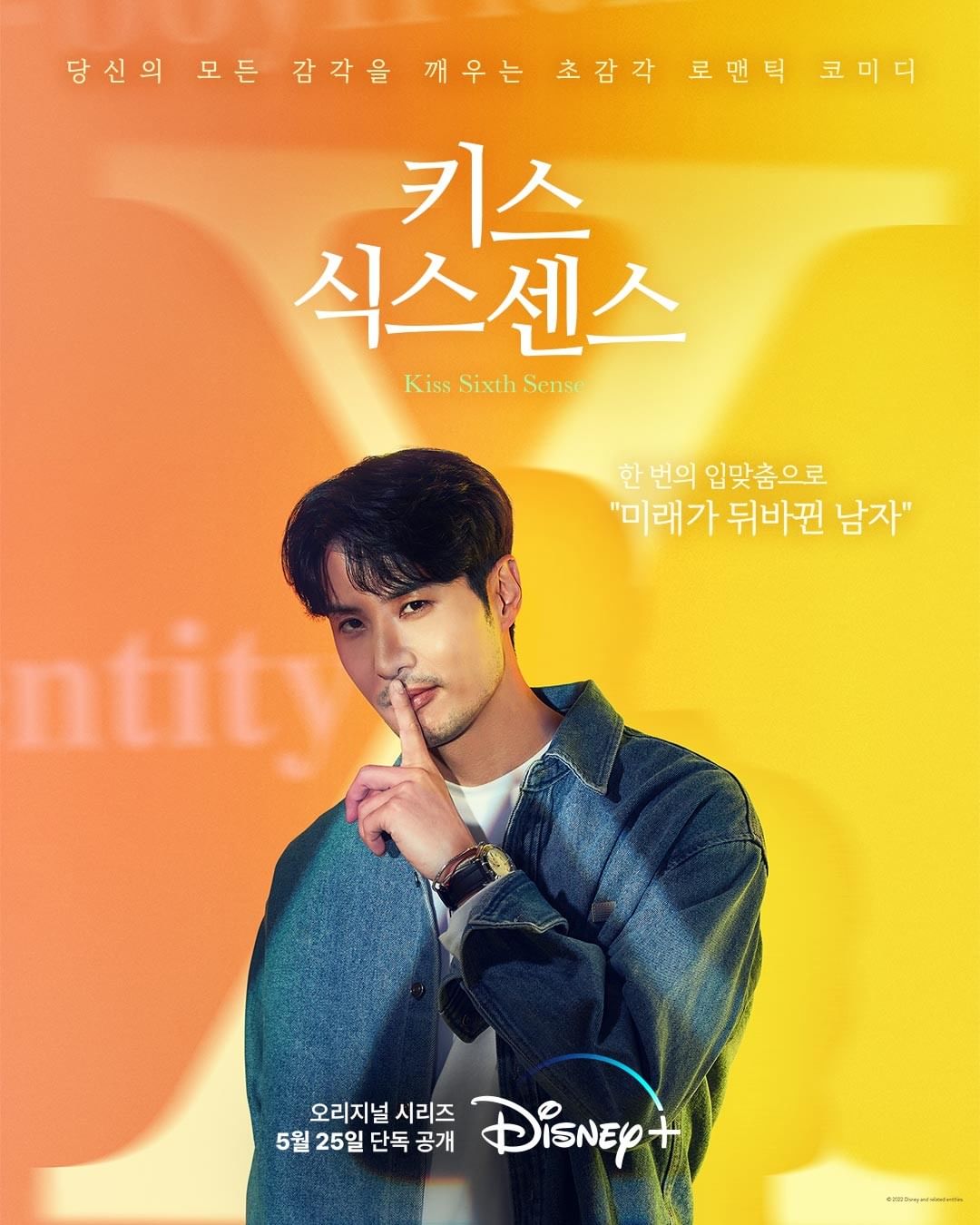 The production team commented, “Cha Min Hoo, Hong Ye Sul, and Lee Pil Yo each have special powers which will develop the unique love triangle in ‘Kiss Sixth Sense.’ This refreshing backdrop is what sets the project apart from other romance series.”