“Today’s Webtoon” is a Korean remake of the popular 2016 Japanese drama “Sleepeeer Hit!” The drama will tell the story of On Ma Eum (Kim Sejeong), a former judo athlete who joins Neon Webtoon’s editorial department as a new employee and struggles to mature into a true editor amidst South Korea’s competitive webtoon industry. Son Dongwoon will play Oh Yoon, a comedy webtoon writer that rises to stardom when his handsome looks become known to the public.

In newly released stills, Son Dongwoon completes his transformation into celebrity writer Oh Yoon who meets with fans at fan signing events, leisurely enjoys his time, and immerses himself into his work. 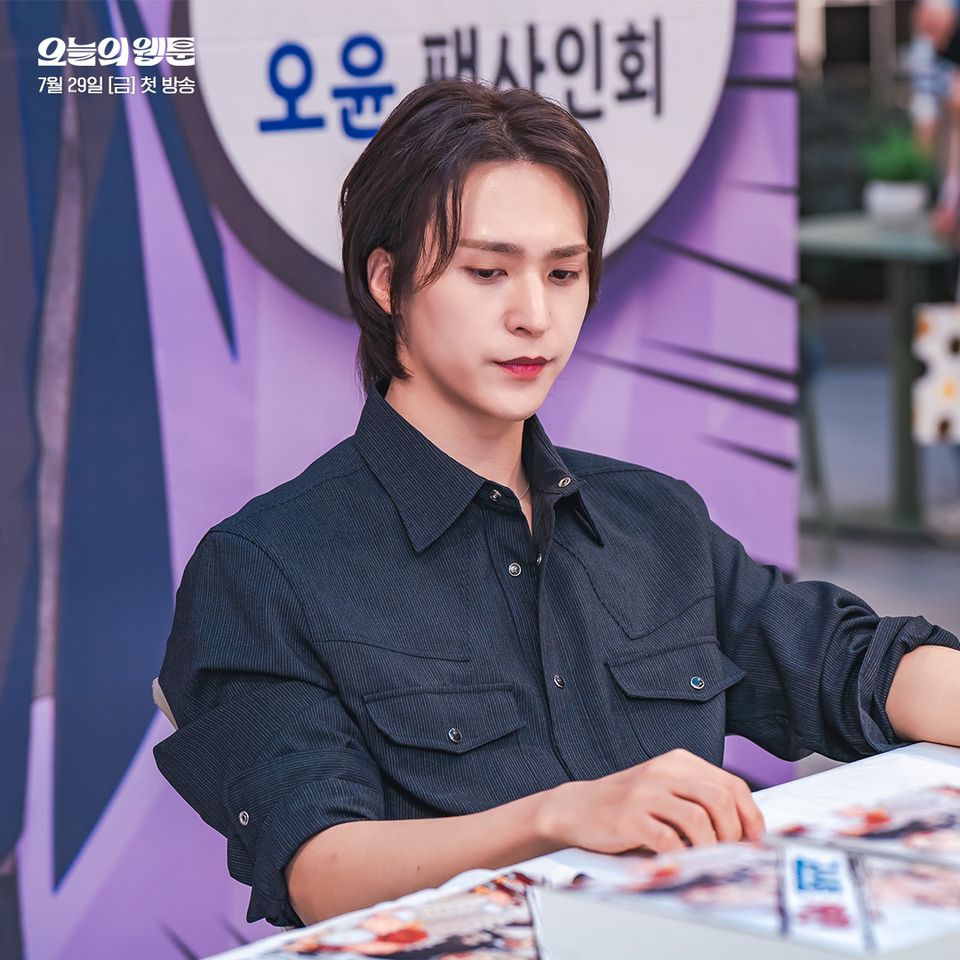 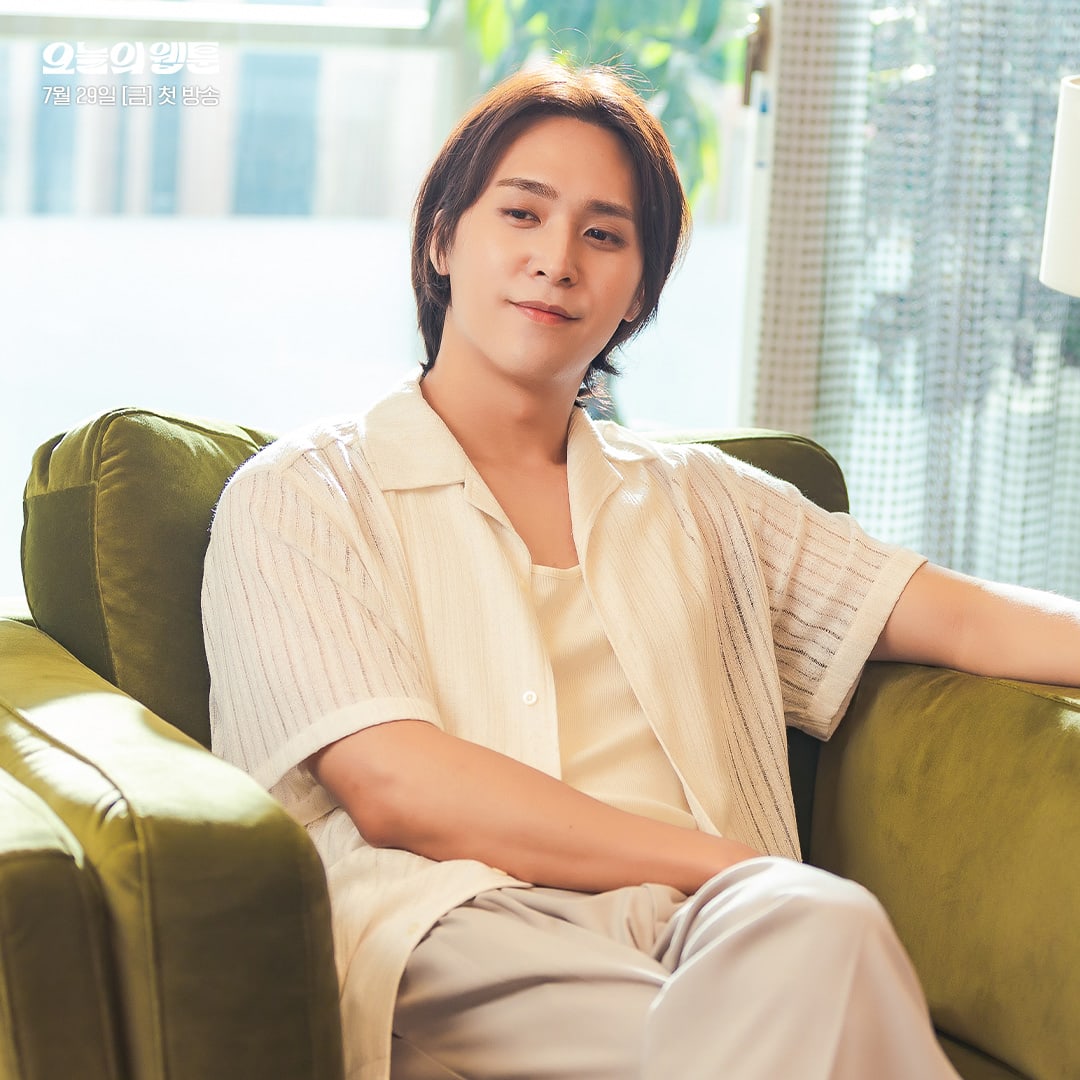 Aside from how in sync Son Dongwoon is with his on-screen character, there are a couple more factors that add to the anticipation for his television drama debut. Son Dongwoon has not only built up his acting experience through musicals, but he has also gained experience by starring in a web drama. Those on set were all in awe of his realistic portrayal of Oh Yoon. 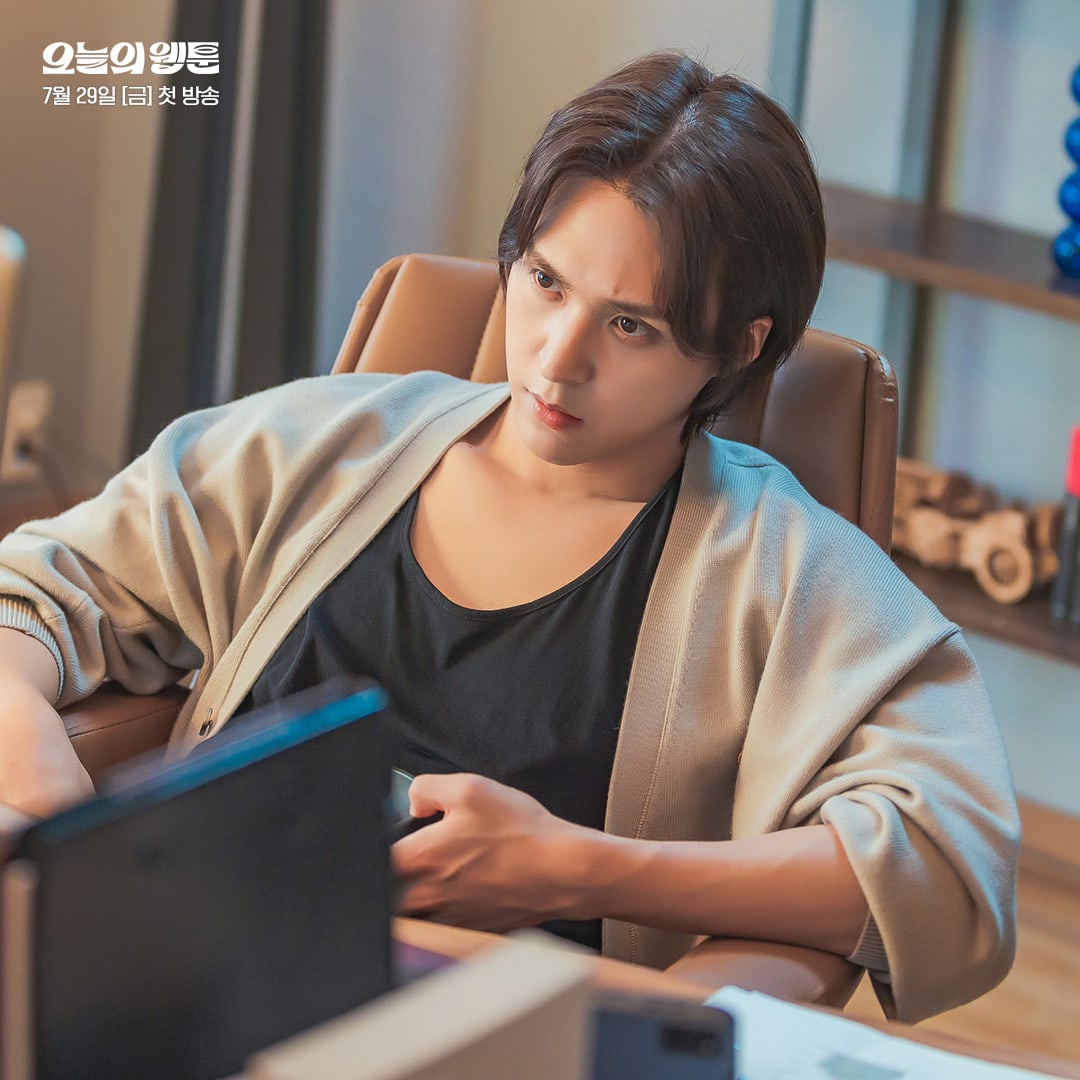 The production team commented, “Son Dongwoon is also called ‘Son Namshin’ (Son Dongwoon’s nickname meaning ‘male god Son’) on set with another meaning thanks to his amazing acting that went beyond expectations. He is making the show even richer with his visuals that match the character perfectly and his realistic acting. Please anticipate the birth of a skilled idol-turned-actor.”

While waiting, watch a teaser below:

Son Dongwoon
Highlight
Today's Webtoon
How does this article make you feel?