Jung Woo Sung has teamed up with Arena Homme Plus for a gorgeous pictorial!

The actor’s luxurious photo shoot adopts the theme of a summery business trip in an unfamiliar city and captures the elegant vibe of Longines’s watches. In his neat yet comfortable business casual look, Jung Woo Sung is able to display his mature charisma. 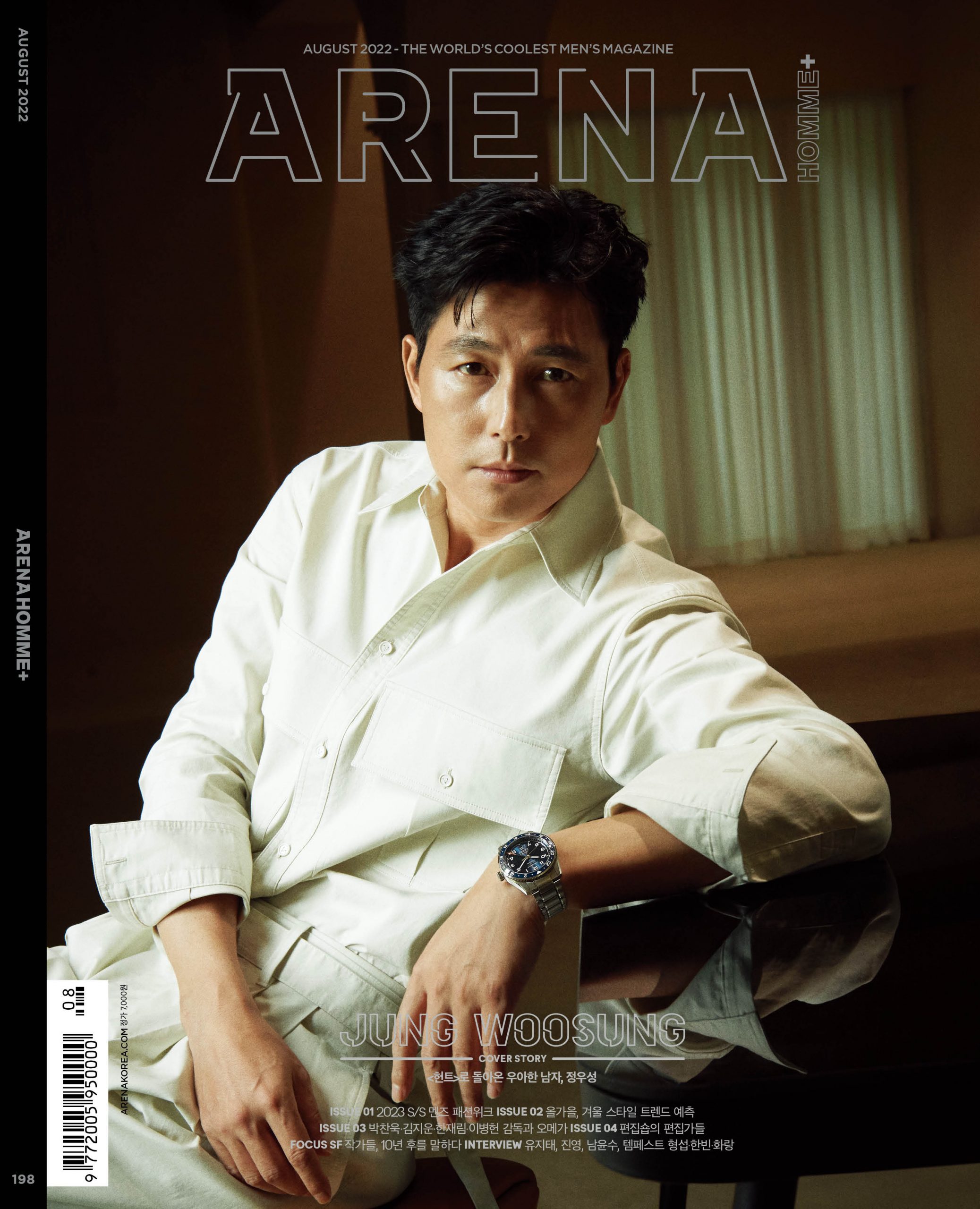 Following the pictorial, Jung Woo Sung spoke about appearing in the film “Hunt,” which is also the directorial debut of his best friend Lee Jung Jae. The upcoming action movie will tell the story of two ace National Intelligence Service (NIS) agents who uncover a shocking truth while chasing down the person in charge of North Korean spies. In addition to directing the film, Lee Jung Jae will star as agent Park Byung Ho, while Jung Woo Sung will play the role of Park Byung Ho’s colleague and rival Kim Jung Do.

Jung Woo Sung shared, “‘Hunt’ is about the faith that two characters protect. It’s the choice of the two characters who are placed in an unhappy system of unfavorable times. After you watch the film, there will be space for you to think about the choices of Park Byung Ho and Kim Jung Do.” 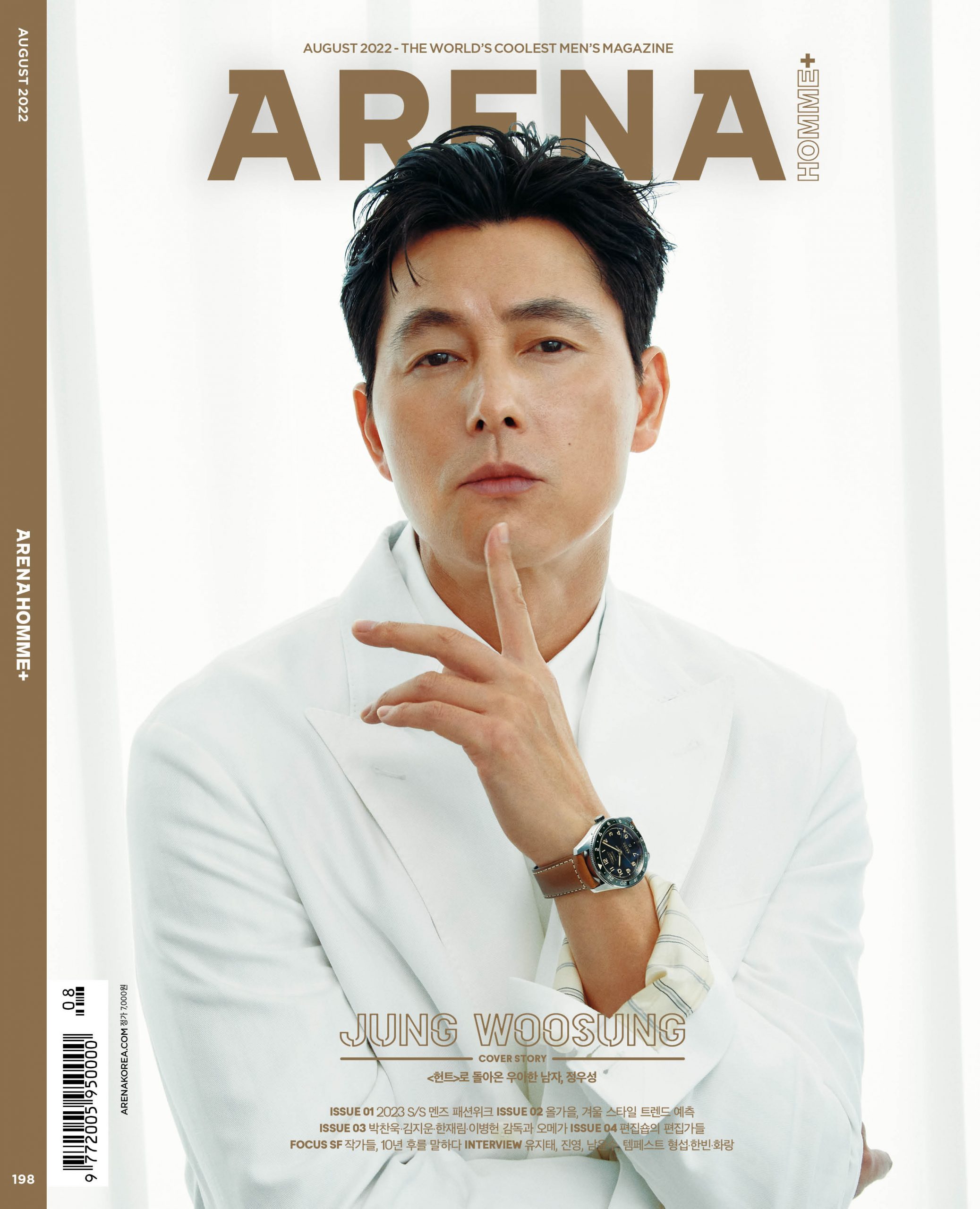 The actor also discussed directing and starring in the film “Guardian,” saying, “The fatigue is two to three times worse than when I’m just acting, but when I look back, it was fun. I’m the type to enjoy all processes starting from pre-production. The dream I’ve had interest in from a young age is coming true now. There’s definitely satisfaction in that too.” 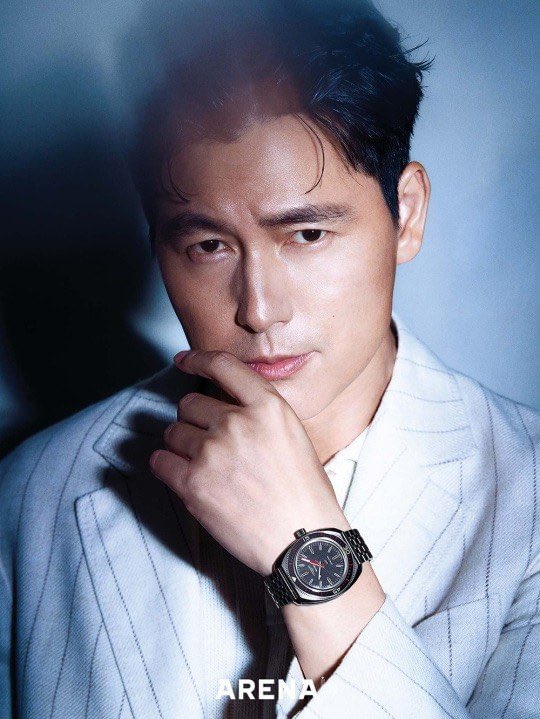 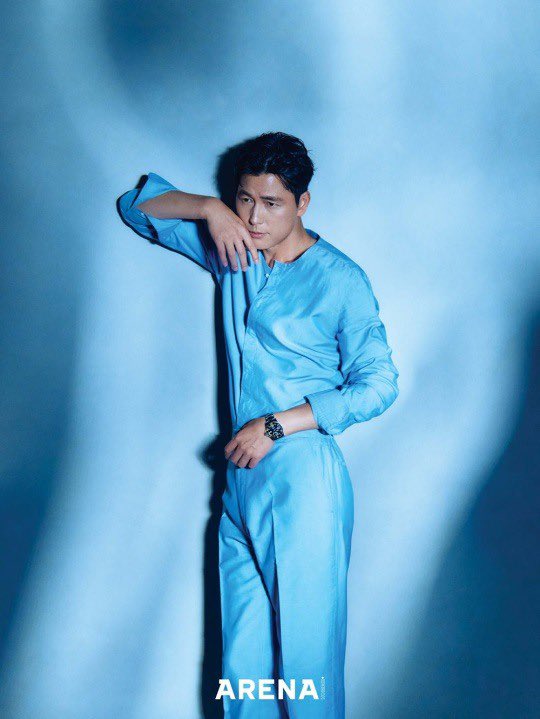 “Guardian” is an upcoming action film that tells the story of a man’s desperate fight to protect the one person he has left in his life. Jung Woo Sung stars in the film alongside Kim Nam Gil and Park Sung Woong. Earlier this year, “Hunt” screened Out of Competition at the 75th Cannes Film Festival and is set to hit theaters across Korea on August 10.

Jung Woo Sung’s full interview and photo shoot will be available in the August issue of Arena Homme Plus!

Jung Woo Sung
Arena Homme Plus
How does this article make you feel?