Lee Jong Suk will be getting refreshing payback in “Big Mouth”!

“Big Mouth” is a hard-boiled noir drama starring Lee Jong Suk as Park Chang Ho, a third-rate lawyer who winds up in charge of a murder case that turns him overnight into a genius con artist known as “Big Mouse.” In order to survive and protect his family, including wife Go Mi Ho (played by Girls’ Generation’s YoonA), the “big-mouthed” lawyer must expose a huge conspiracy among the privileged upper classes.

On the previous episode, Park Chang Ho was kidnapped and imprisoned at a mental asylum and barely overcame death. He managed to escape with the help of Jerry (Kwak Dong Yeon), but he had to stay in hiding. At the end, Park Chang Ho appeared on live broadcast as an informant and provoked his enemies by saying, “Should I make a prediction about today’s trial?”

In a new preview of the upcoming episode, Park Chang Ho looks relaxed and confident due to his successful attack against his enemies. Although his prediction hasn’t been revealed yet, it’s clear that he has turned the tables. Subsequently, Choi Joong Rak (Jang Hyuk Jin), Jung Chae Bong (Kim Jung Hyun), Han Jae Ho (Lee Yoo Joon), and Lee Du Geun (Oh Ryoong) seem to be in full panic mode as things don’t go according to plan. 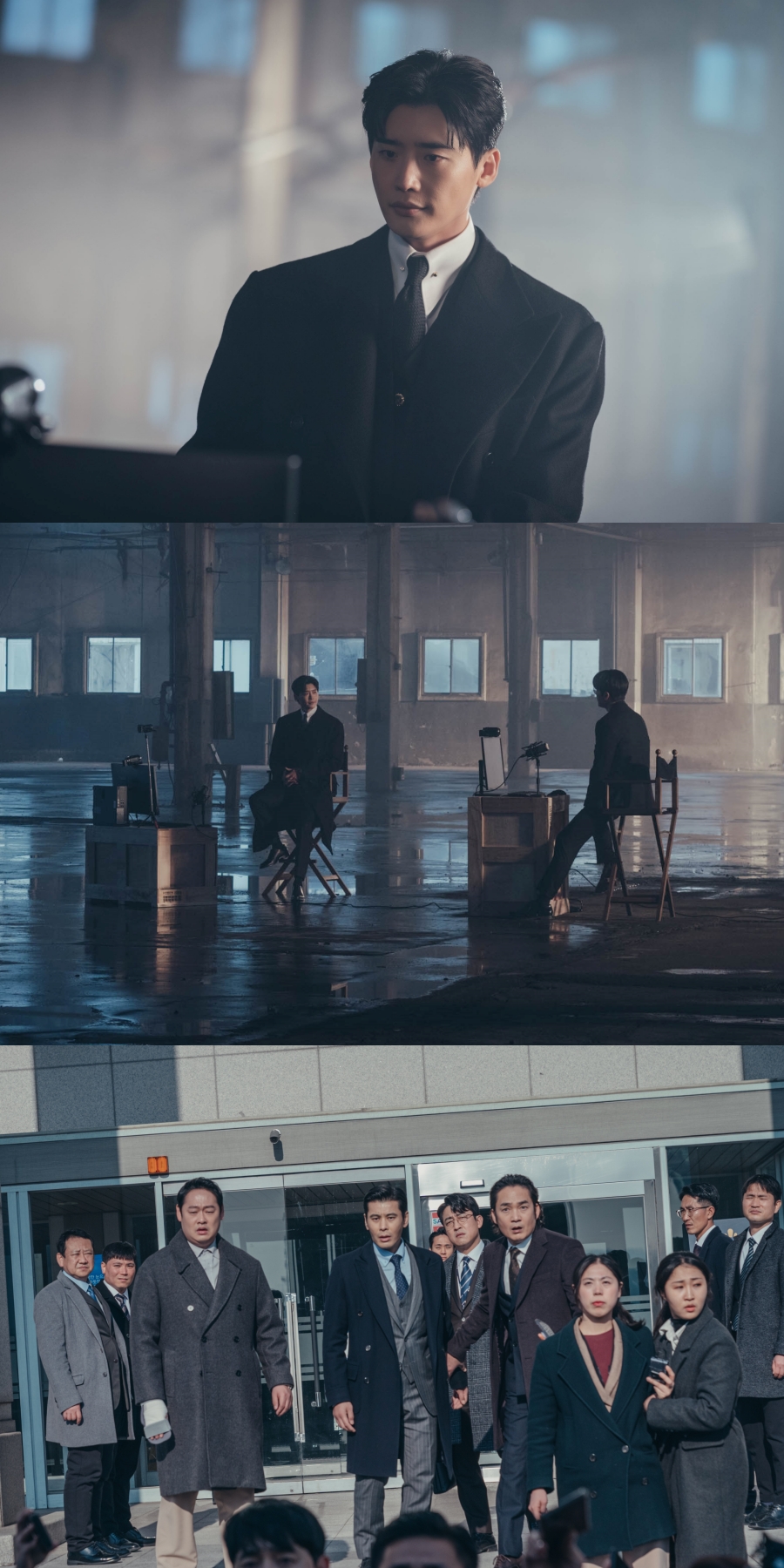 In the meantime, watch Lee Jong Suk in “While You Were Sleeping” with subtitles below: