The production team of the upcoming web drama “A Shoulder to Cry On,” which stars OMEGA X’s Jaehan And Yechan, voiced their stance on the recent incident concerning the CEO of the boy group’s agency.

“A Shoulder to Cry On,” which will mark both Jaehan and Yechan’s first leading roles in a drama, is a new BL drama based on the webtoon of the same name (also known as “Cheer Up Boy”). The drama adaptation will tell the love story of Lee Da Yeol (Jaehan), a student who dreams of becoming an archer, and Jo Tae Hyun (Yechan), an extremely popular student who deceives himself about his own emotions due to painful emotional scars from his past.

On November 4, the production team of “A Shoulder to Cry On” released a statement on their official Twitter, saying that they felt the need to speak up since many were concerned about how the recent incident will affect the release of the drama.

Earlier on October 23, fans allegedly claimed that the CEO of the group’s agency was verbally abusing and physically assaulting the members. The next day, OMEGA X’s agency SPIRE Entertainment went on to release an official statement responding to the claims.

The production team stated that it was true that the recent incident had caused an issue with the originally planned release schedule, which was supposed to be around November 2022. However, they wished for nothing more than a smooth resolution between the OMEGA X members and their agency as they expressed great regret for the situation. They further praised both Jaehan and Yechan who have poured their all into the project and encouraged better treatment for the two actors as well as all OMEGA X members.

Finally, the production team added that they will try their best to discuss the matter with domestic and overseas streaming platforms so that the drama can move forward with production, and no issue will further occur relating to the incident.

Below is the full statement from the production team of “A Shoulder to Cry On”: 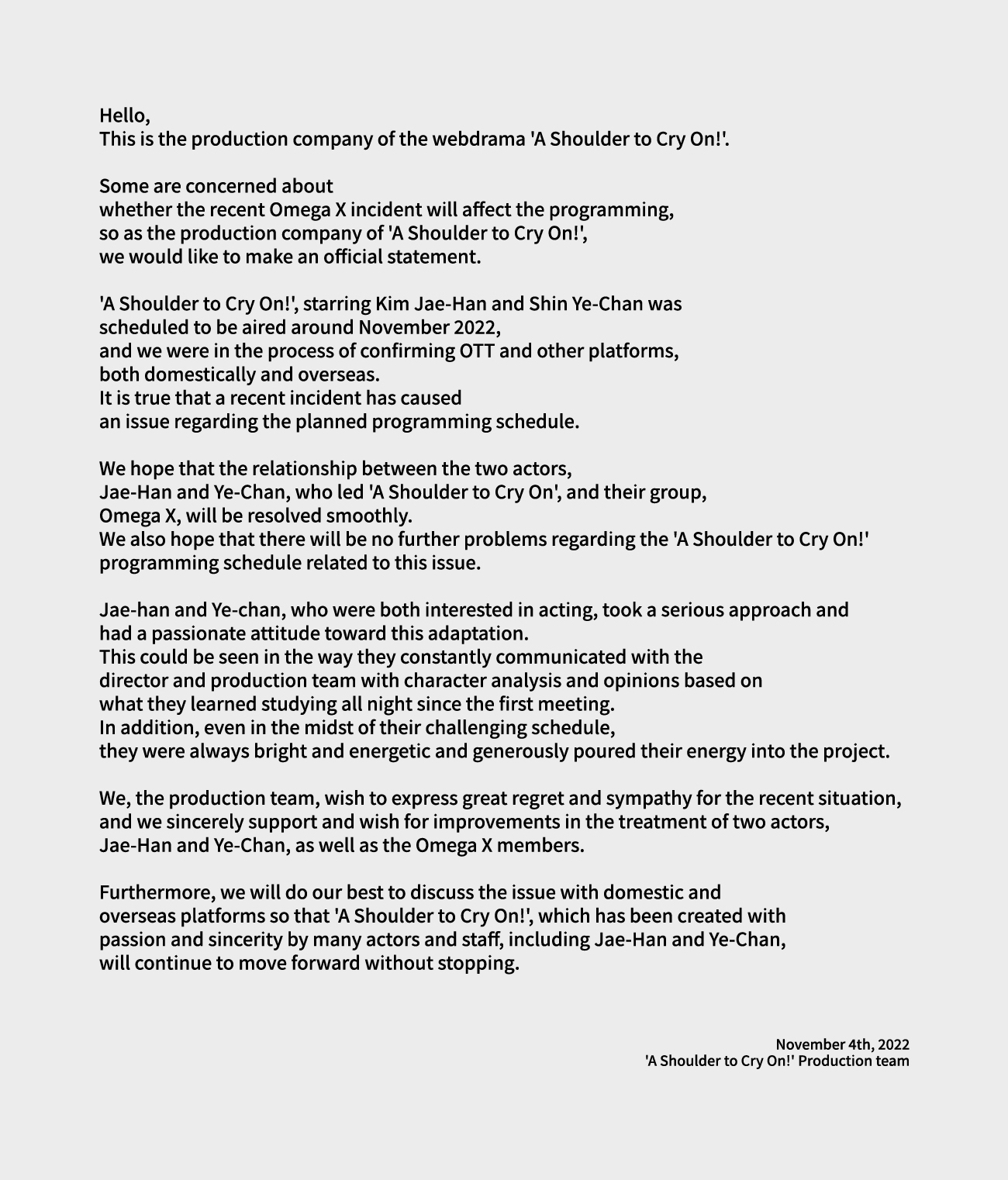 Jaehan
Shin Yechan
OMEGA X
A Shoulder to Cry On
How does this article make you feel?