LE SSERAFIM’s Sakura And Hong Eunchae Reflect On Their 1st Impressions Of “ANTIFRAGILE,” Their Debut Year, Hopes For 2023, And More

LE SSERAFIM’s Sakura and Hong Eunchae have teamed up with Allure Korea for a gorgeous pictorial!

In the girls’ accompanying interview, Hong Eunchae and Sakura reflected on their debut, the past year, their dreams, and much more.

The day of the shoot happened to be Hong Eunchae’s birthday, which she excitedly shared with the interviewer. On receiving so much birthday love from fans all around the world, Hong Eunchae remarked, “That’s why I can’t believe it. It’s so fascinating. Even just last year, I had a small party in the practice room…”

Last month, LE SSERAFIM made their first-ever comeback with “ANTIFRAGILE” which captures the message that being strong is beautiful. Reflecting on her first impression of the song, Hong Eunchae commented, “I liked that the lyrics had things like ‘toe shoes’ and ‘career’ that only our members could talk about. ‘FEARLESS‘ had the meaning of moving forward without fear, but ‘ANTIFRAGILE’ has the meaning of becoming stronger as you overcome hardships while moving forward. The continuation of the story is cool. I wanted to become like that too. That’s why I was more curious about others’ reactions.” 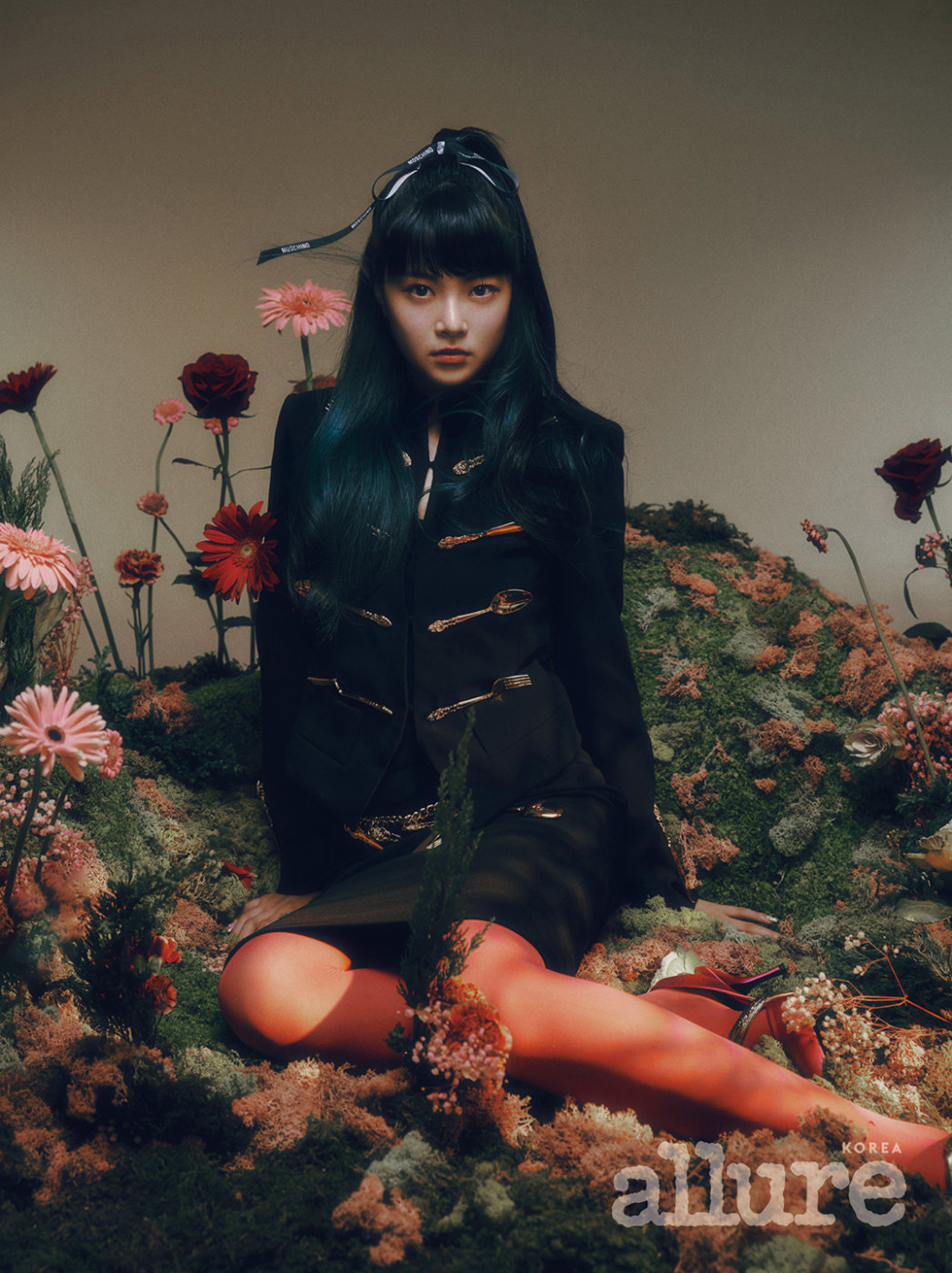 On a fun post-debut experience, Hong Eunchae picked seeing celebrities at broadcasting stations. She shared that it was surprising every time and added with a giggle, “I recently met Sunmi. It was fascinating to be able to see her right in front of me and she was so pretty and kind that I keep thinking about it.”

When asked if she’s achieved any of her childhood dreams, Hong Eunchae shared, “I began dreaming of becoming an idol after watching a SEVENTEEN concert when I was younger. I fell in love after seeing their fans’ cheers. [My dream] began as I thought, ‘If I also sing and dance on that stage, would fans like me too?’ I think that’s the biggest dream I’ve achieved. Receiving cheers from fans.”

Regarding LE SSERAFIM’s dream as a group, Hong Eunchae explained, “Our greatest goal is meeting fans from around the globe on a world tour. Diligently studying languages in order to do that is my personal goal. We meet foreign fans whenever we do fan signings but it’s so regretful that I can’t say much. I want to express and communicate more but if we translate, the already short time frame gets even shorter, so I think I’ll have to be able to speak foreign languages.” 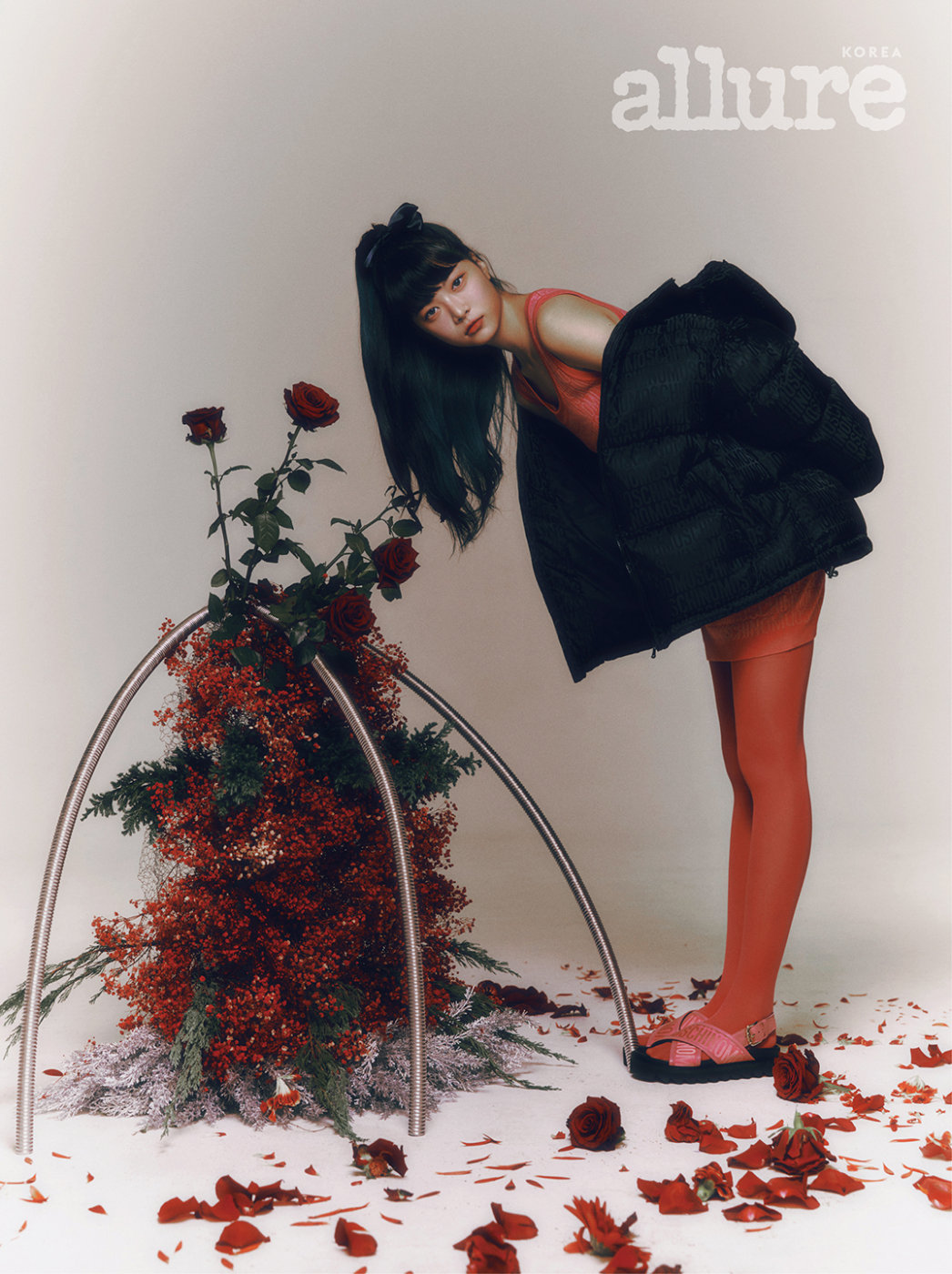 There’s a saying that the first song you listen to in the new year becomes your theme song for the year. Hong Eunchae shared that she often follows this and chose BTS‘s “IDOL” and WJSN‘s “As You Wish” as some songs she’s listened to. She added, “I listened to [‘As You Wish’] a lot because I had to achieve my dreams.”

For the upcoming new year, Hong Eunchae recommended that fans listen to “ANTIFRAGILE” to start off 2023. She explained, “Throughout the year, there will be a lot of unimaginable and difficult situations. You’ll have to listen to ‘ANTIFRAGILE’ in the meaning of becoming a stronger person by overcoming all those situations.” 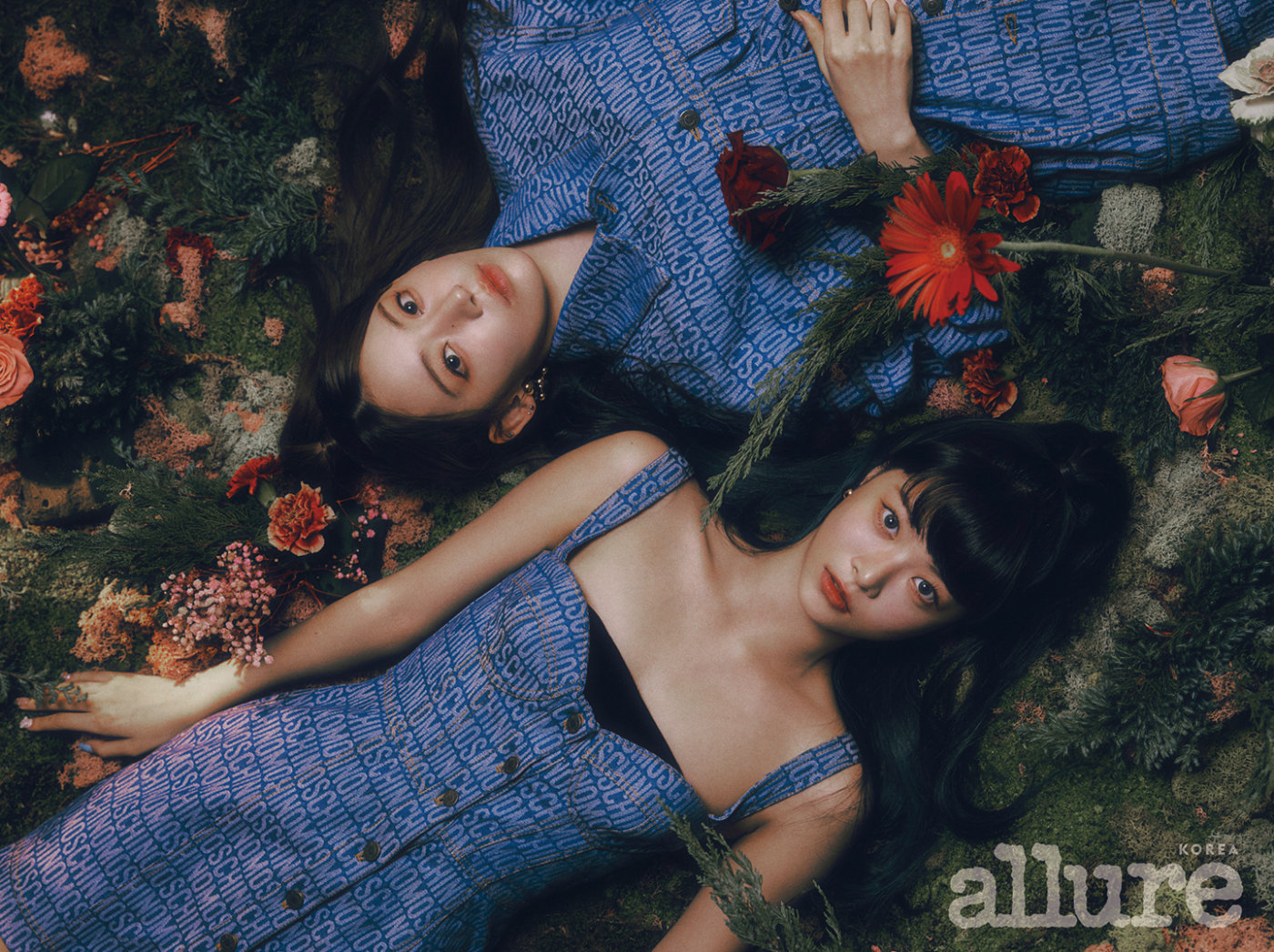 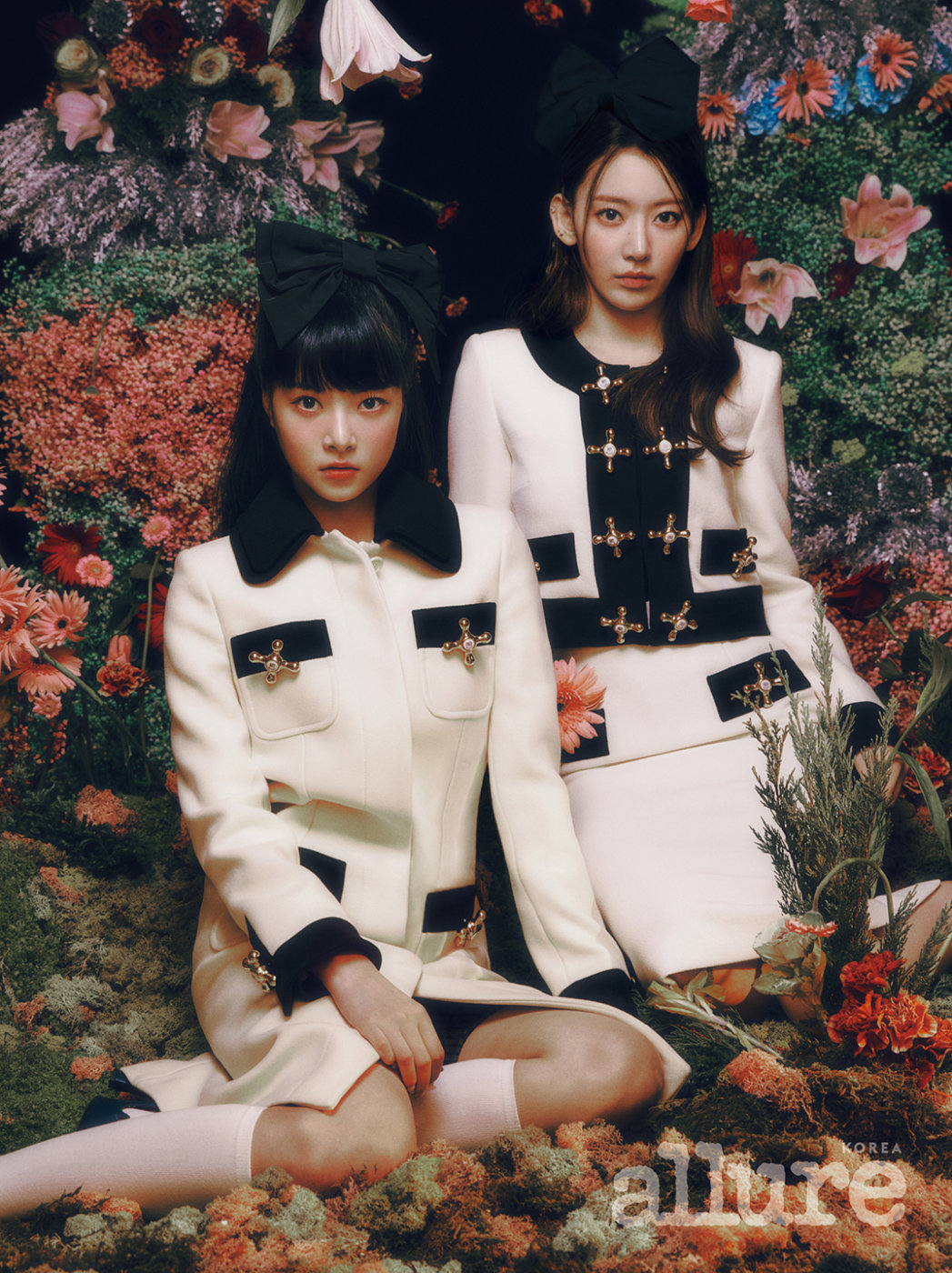 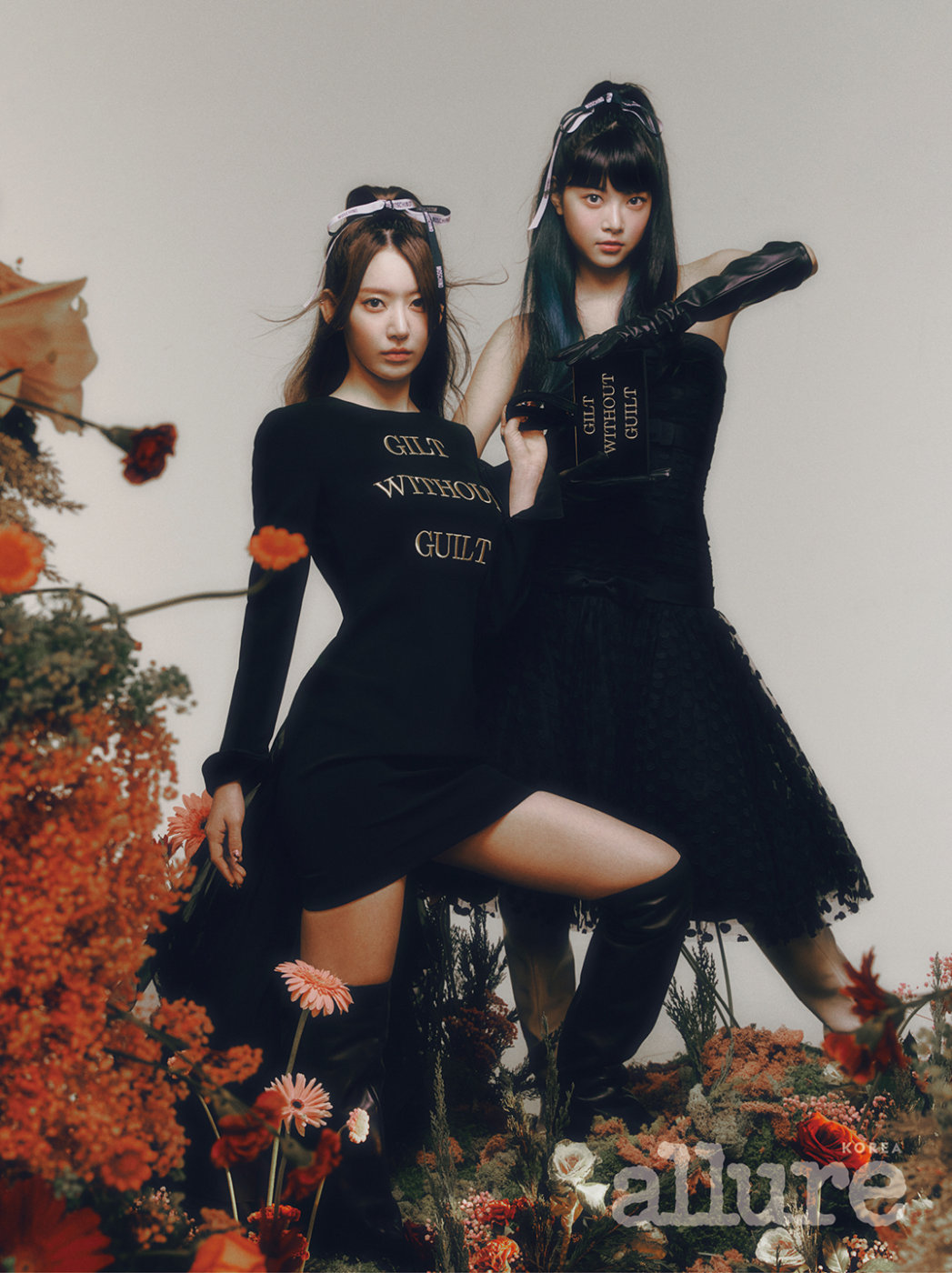 While 2022 was a year of firsts for Hong Eunchae, her fellow member Sakura had a slightly different experience while on the same journey. Sakura shared that while LE SSERAFIM was her third debut and she already knew members Kim Chaewon and Huh Yunjin, everything was still a new start. She added, “I’m happiest when I’m chatting with my members in the waiting room. It’s hard to meet friends who are as close as family and who you can open up to, so I think I’m really lucky.”

Just like Hong Eunchae, Sakura shared her first reaction to “ANTIFRAGILE,” which has a completely different vibe from her past concepts with IZ*ONE and HKT48. “I thought, ‘While being an idol, the day I do something like this has come,'” she commented. “I didn’t know and I bet my fans wouldn’t have known either. When I see fans’ reactions while performing, they say they like it because it’s so new. I think I’ve found a new Sakura.” 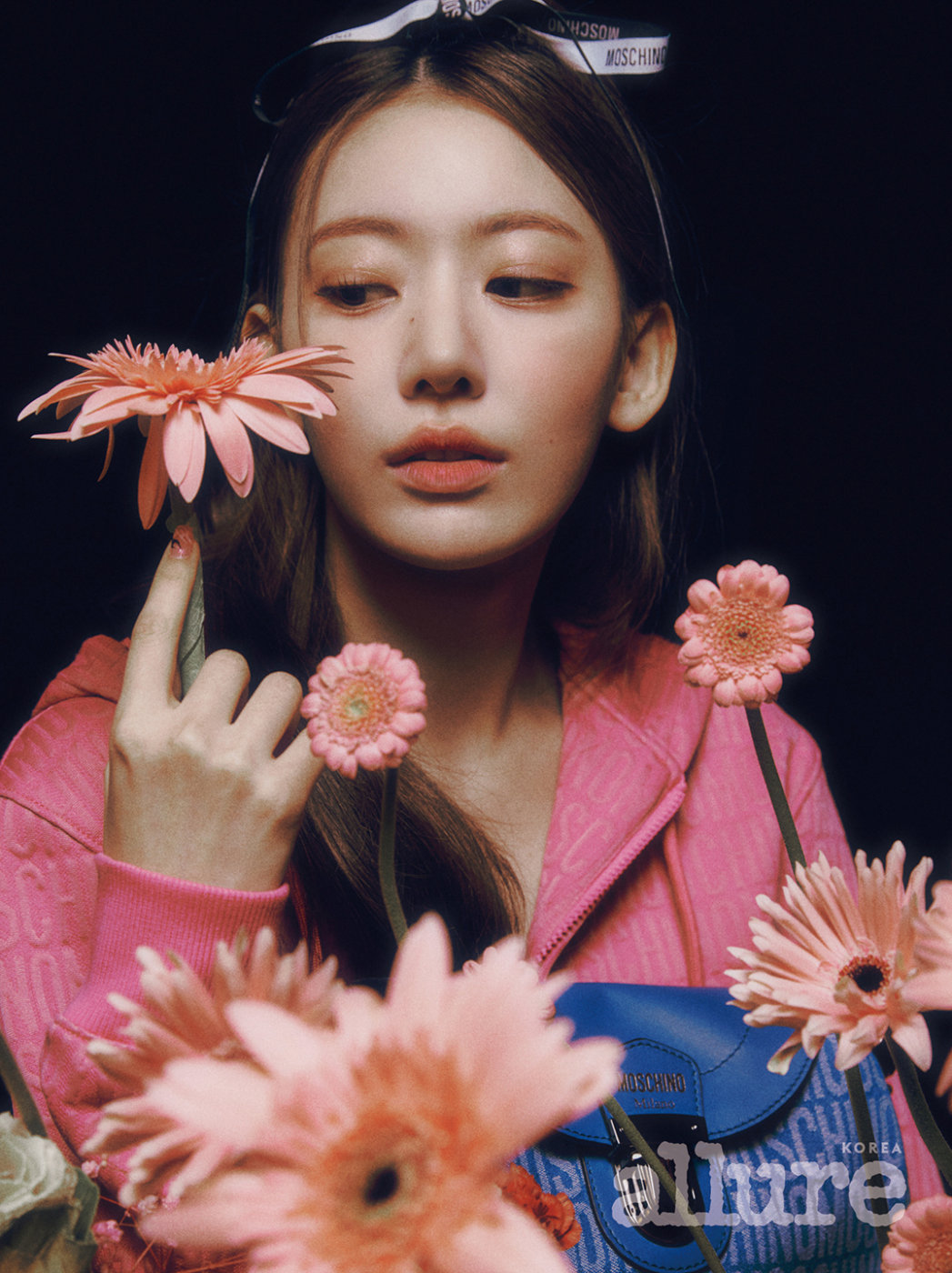 As Hong Eunchae previously mentioned, the “toe shoes” in the “ANTIFRAGILE” lyrics refer to member Kazuha, while the line “don’t overlook my career” refers to Sakura’s long-term progression in this field. Sakura commented, “When I first saw those lyrics, I teared up. Although I wanted to say something, I honestly couldn’t. I can’t say, ‘As I’ve been working really hard, please don’t overlook me.’ But being able to say that in our title track felt like receiving recognition for the path I’ve walked on until now, so I teared up. This year, I also had to surpass the results of my hard work up until now.”

While Sakura has achieved her goal of becoming a singer multiple times over, she revealed that she had different childhood dreams. “When I was younger, I wanted to become an obstetrician and write books. I enjoy writing so I want to do that one day.” She added that she hopes to write about her life and showcase it in both Japanese and Korean.

Regarding her biggest lesson this year, Sakura chose learning how to praise herself. She explained, “I didn’t do it often in the past. If I praised myself, I thought that was where my growth would stop. However, I think praising yourself is important too. There’s a lot I want to do and I have a lot of excitement so I’m looking forward to next year.” 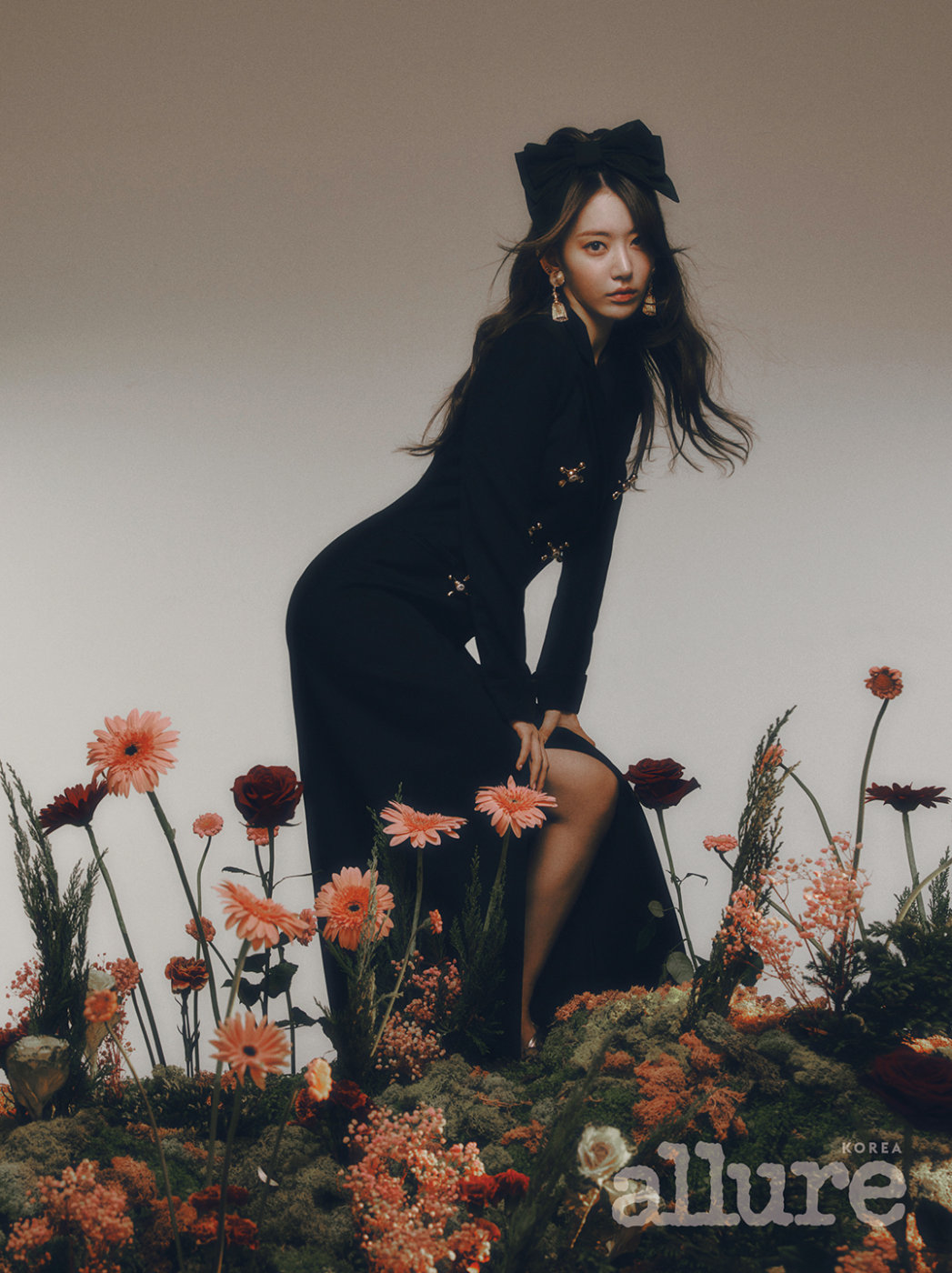 Sakura then shyly added, “To be honest, I really like my members. It’s just that I don’t express myself but I hope they know that. I think a lot [about them]. Even if I don’t say it a lot, I hope they feel that I cherish them a lot.” Sakura then adorably commented, “Ah, I’m so embarrassed after saying that!”

Allure
LE SSERAFIM
Sakura
Hong Eunchae
How does this article make you feel?