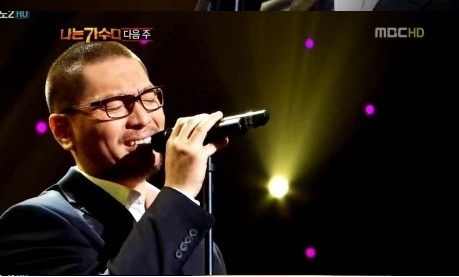 A ten-second teaser of “I am a Singer” which reveals Lim Jae Bum’s powerful vocal skills has been garnering much attention lately. In MBC’s “I am a Singer” episode that was aired on the 24th, the teaser for next week’s episode was released, along with the review of past performances from the former contestants.

The episode unveiled three new contestants who will be replacing the former contestants Kim Gun Mo and Baek Ji Young (who voluntary decided to leave the show), and Jung Yeop (who was the first one to be disqualified).

As it has been already known, the new participants are Lim Jae Bum, BMK, and Kim Yeon Woo. Especially, Lim Jae Bum raised the expectation of fans with his short interview, claiming “I’m going to win first place.” In the teaser, Lim Jae Bum captivated the viewers by singing his greatest hit song “For You” for ten seconds.

Meanwhile, Lim Jae Bum recently revealed through his fan club website that his wife Song Nam Young is battling from cancer. He also confessed that he decided to appear in “I am a Singer” because of his wife who wanted to see him on stage. Furthermore, in a recent poll, Lim Jae Bum won first place as the “most anticipated new member” of “I am a Singer,” followed by BMK and Kim Yeon Woo.