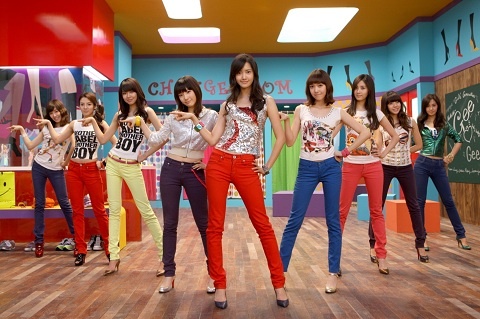 Do You Know What Your Idol Group Name Means…?

As a K-Pop fan, have you ever wondered what all the letters, initials, and numbers symbolize for idol group names? Although I was aware of the meanings behind the names of some group, some of them were just way off from what I guessed! While I found some of the meanings of the names are quite witty and clever, I was amazed by how cheesy and silly others were. Here is a guide to some of the male idol group names’ origins and meanings! Hope you find it useful and entertaining! �de09

The name ‘Big Bang’ is derived from the “Big Bang Theory” of the origin of the universe. The group is like that ‘Big Bang’ of the universe, as they make an explosion into the music industry to “transform the stereotypical ‘Idol star’ market” of today.

JYJ is named after the intials of the three members of the group ‘Jaejoong,’ ‘Yoochun,’ and ‘Junsu.’

‘2AM’ is when people get emotional as they reflect alone upon the things that happened during the day. The group’s aim is to feature songs which express such emotional depth and sensitivity.

‘2PM’ is the most active and pumped time of the day. The group’s aim is to make such energetic and passionate music.

The thirteen member boy band’s name ‘Super Junior’ represents that the time when the members were young as SM trainees and were considered the best (‘super’) in every field!

The double S stands for Super Stars, while the 501 symbolizes that the five members are one forever.

Derived from the word ‘shiny,’ it means a person who is always in the spotlight.

‘UKISS’ is an abbreviation of “Ubiquitous Korean International Super Star”

The name signifies “the time (generation) has come for the girls to take over the world.”

Each group member aims to show off their unique talents and charms through various musical activities, just like how the mathematical result of the function f(x) changes each time based on the different ‘x’s. The name is also a play on the mathematical notation for function, with “f” representing “flower” and “x” signifying the female’s double X chromosome.

Literally girls who make you ‘wonder’ and marvel!

‘After School’ signifies the sense of freedom that students feel ‘after school’ and how they show off their talents and have a fun time while enjoying such freedom.

‘4minute’ means that the girls will captivate the fans with their charms within 4 minutes. It also signifies ‘for minute,’ that they will always try their best for every minute.

The name ‘Kara’ comes from the Greek word “chara” (“joy”), which the group interpreted as “sweet melody.”

The name ‘T-ara’ connotes their aim to emerge as the queen in the music industry and wear a beautiful jeweled ‘tiara.’