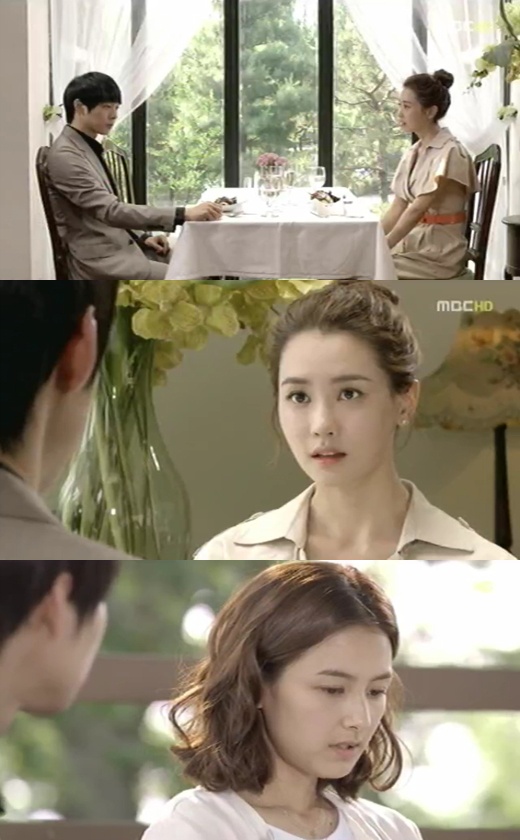 Jang Mi Ri got angry at Song Yoo Hyun after seeing him and Moon Hee Joo (Kang Hye Jung) closely hanging out together. She thought the two were in a romantic relationship, when the two were actually preparing together a surprise birthday party for her. At a meeting which Song Yoo Hyun arranged the next day to make her feel better, he confessed to Jang Mi Ri “I want to start a serious long-term relationship with you,” making her smile.

While she seemed so surprised and baffled at first, she soon pulled herself together and claimed, “Yes, okay. I’ll positively think about it.” Also, when Song Yoo Hyun suggested, “Let’s go together to see my parents when you have time,” she agreed to do so.

However, Song Yoo Hyun, who doesn’t realize that Jang Mi Ri had intentionally approached him to take advantage of him for her success, knowing that he is a 2nd generation chaebol, seemed blissful believing that she accepted his love.

Meanwhile, MBC’s “Miss Ripley” received viewer ratings of 11.9% yesterday, according to statistics by AGB Nielsen Media Research, while SBS’s “Lie to Me” and KBS’s “Baby-Faced Beauty” which are aired during the same time slot received 7.3% and 14.4%, respectively.