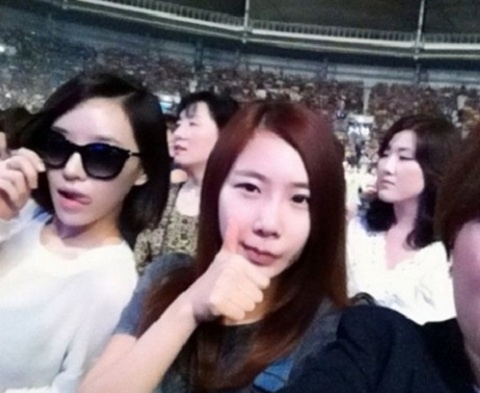 In the photo, Ga-In is making a chic face and sticking her tongue out while sporting sunglasses. Jea is giving the thumbs up, showing that she’s a huge fan of Lim Jae Bum, while radiating her pure beauty.

Netizens who have seen the photo responded enthusiastically, such as “Jea and Ga-In are also in love with Jae Bum,” “When will Brown Eyed Girls make their comeback?,’ “Jea and Ga-In have intense celebrity force,” “They look like babies who sneaked out without permission from their mom to see a R-rated movie,” “So pretty~ thanks for the photo.”

Meanwhile, Brown Eyed Girls, who were aiming for a July comeback, decided to postpone their comeback due to a delay in the album production process.