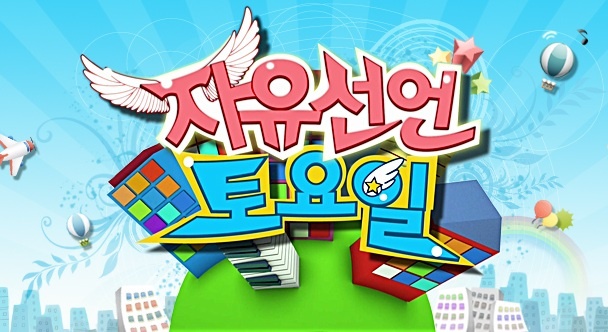 The icon of Korean rock, “Song Gol Mae.” For the first time in 27 years, Bae Chul Soo and Goo Chang Mo have gathered again under the name of “Song Gol Mae,” and the competition will be held using their hit songs.

The breathtakingly close competition, who will take the winner’s trophy?

The good looking men and girls have met inside the cage. The special and private secret parade that allows us to find out about stars’ true nature.

▶ Jo Kwon asks Gain! “What was the reason for getting so many NGs during her kiss scene with BEAST’s Yoon Doo Joon”

Jo Kwon and Gain were in a make believe marriage for a very long time and while working with her on a sitcom, Jo Kwon noticed something questionable.

“Gain is a devious girl that keeps making NGs?”

Gain, Jo Kwon, Yoon Seung Ah and Yoon Doo Joon were all in a sitcom together. During her fight scene with Yoon Seung Ah, she grabbed her hair, sprayed water at her etc and showed off some impressive and passionate acting however during her kiss scene with BEAST’s Yoon Doo Joon, Gain suddenly started to get numerous NGs? What was Gain really thinking about during all of this?

▶ Adult Idol Narsha, she is actually quite childlike?

A close friend of Narsha reveals her hidden secret.

“Narsha, someone scammed her?”

One day, Narsha friend got a urgent request from Narsha, asking if she could borrow some money, so she quickly went to where Narsha was to see what had happened. When she arrives, she spots Narsha staring at the wall in an agitated state. She finds out that Narsha got picked up by some good looking men and went for a drink. While she went to the toilet, the men had run away and left the tab for her to pay. She can now reveal it, it’s now been 10 years since then, what is the one comment that Narsha’s friend wants to say to her?

“Sang Chu is a broker”

Sang Chu is famous amongst celebrities for having a lot of connections. From Dermatologists to Dentist, there is no one that he doesn’t know. This causes Kim Jong Gook to become suspicious. He thinks that Sang Chu receives a benefit for introducing people to good businesses? Car Dealers, Fitness Clubs, Orthopaedics Surgeons and even rhinoplasty surgeons! Sang Chu’s level of connections has no bounds and also what is the truth behind the claims that he gets benefits?

A lyricist that is close with Jea reveals a secret that could cause social shockwaves.

Jea is addicted to gambling? She is currently completely absorbed in board games and the traditional Korean game called “Yut” Doing wagers with meat is standard and she was even seen grabbing the yuts as soon as she got up in the morning to test her fortunes for that day? Also what was the reason for Jea getting absolutely scolded during the recording of “Sign” and what is the reason behind her friends preventing Jea from going to the U.S.?

▶ Miryo, What is her secret?

“The secret behind her double eye lids, I will reveal it today!”