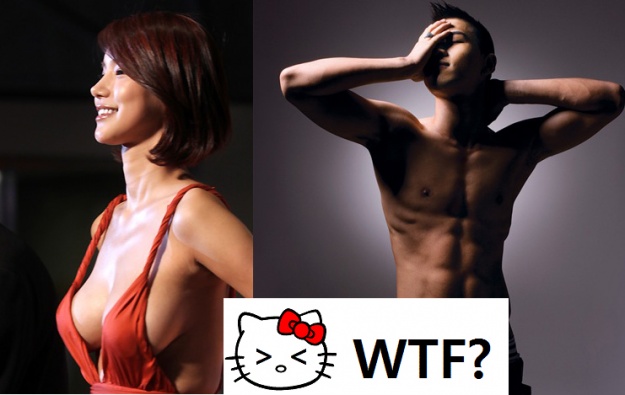 Which Korean Celebrity Has the Best Chest?

Don’t worry guys/gals reading this article won’t get you in any trouble, it’s nothing like this following clip: (MEN, TRY AND ONLY STARE AT HER EYES!!!)

Anyways, I had a hard time deciding whether I would go guys than girls, vice versa, or even interchanging. I have finally decided that I will go guys first than girls!

Who can deny Taeyang’s hot body? (I can because I am a guy) Anyways, the Big Bang star is currently featured in labelmate Tablo’s “Tomorrow” MV. He will also be appearing on the Japanese “Girls Award 2011” on November 12.

Currently the hot issue surrounding Taecyeon is the dating rumor between him and Jessica.

Recently 2AM’s Seulong and Jo Kwon appeared as ambassadors for the 2012 WCC which is a conference for saving the environment.

Choi Siwon appeared in the drama “Poseidon” that had its last episode on November 8.

Nichkhun will hold a guerilla concert at his hometown today on November 10.

Rain is currently in the military!

Song Seung Hun recently appeared in a CF for the Italian restaurant “Black Smith” that will be launching soon alongside Kim Tae Hee and JYJ’s Park Yoochun.

The mosquito singer is currently appearing on SBS “Running Man!”

Phew! This sexy mama caused a stir in August when she complained about her breast size.

The beautiful G.NA is well-known as “D Cup G.NA” in South Korea.

SISTAR’s Bora showed off her glamour in this picture, where she wore a necklace worth $1.7 million dollars.

I don’t know what it is about her, I have the same picture of her attached on my small wall! KYAAA

Lee Chae Young has been appearing in different awards and festivals in revealing dresses. (Thank you for lighting up this world.)

What more can I say? By the far the BEST DRESS IN THE WORLD!

This sexy diva can never be left out in any list that talks about something sexy!

Tell me what you think, who has the best chest for women/men?!

jbarky is a senior editor for soompi.com. (Also the BEST) You can email him at barkjason@soompi.com, or