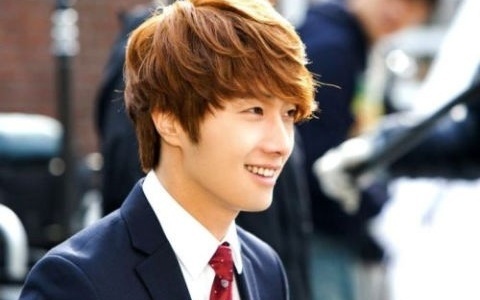 Jung Il Woo (“49 Days,” and “Flower Boy Ramyun Shop”) has been cast for the new MBC drama, “The Moon Embracing the Sun.” He will take the role that was recently offered to “Ojakyo Brother’s” Joo Won. Earlier today, a representative of MBC told local media “OSEN” that Jung Il Woo has indeed accepted the offer and is scheduled for a costume fitting today.

“The Moon Embracing the Sun” is a fantasy historical drama set in the Joseon Dynasty. Jung Il Woo will play the role of Prince Yang Myung, who is next in line for the throne and the half brother of Lee Won. “Dream High’s” Kim Soo Hyun will play Lee Hwon, the male lead, and “Bad Guy’s” Han Ga In will play his love interest Wol. The drama is written by Jung Eun Gwol, who also wrote last year’s “Sungkyunkwan Scandal,” starring JYJ’s Yoochun, Park Min Young, Song Joong Ki, and Yoo Ah In.

“The Moon Embracing the Sun” will premiere on MBC next January following Lee Ji Ah’s “Me Too, Flower!”