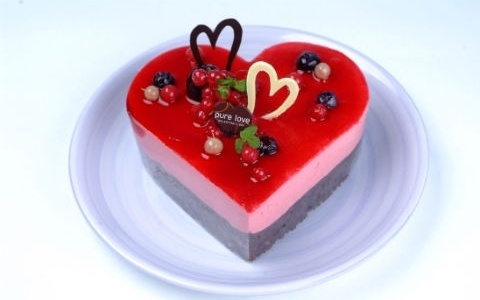 Yesterday, we brought you the “Most Shocking Scandals of 2011.” Today, we bring you the ups and downs in celebrity love of this past year. 2011 brought us plenty of shocking celebrity pairings in the Korean entertainment industry. We’ve decided to look back to seven of the most popular (on Soompi ^ ^) hook-ups, break-ups, and weddings that have taken Korea by the storm in 2011.

(Scroll through the gallery by clicking on the page numbers at the bottom of this article!)

Park Min Young and Lee Min Ho took the world by storm with one of this year’s most popular drama “City Hunter.” Shortly after the drama ended, the two were seen secretly dating in the posh Chungdam district in Seoul. They sent shockwaves throughout Asia when they admitted their relationship in August. Park Min Young and Lee Min Ho played the main leads (and on-screen couple) of the drama, and it seems like the long hours together gave them plenty of time to develop a romance of their own. The two have been nominated for the “Best Couple” award at the year-end SBS Drama Awards, and many fans can’t wait to see the them make their first official appearance as a couple. Lee Min Ho is expected to attend the event, however, it is yet uncertain if Park Min Young can attend. She is currently busy wrapping up her current drama “Glorious Jane.”

Kara’s Goo Hara and BEAST’s Yong Joon Hyung surprised the K-Pop world by revealing their special relationship this summer. The two were first spotted dating near Joon Hyung’s home, the park, and Hongdae by paparazzi, and both of their agencies have confirmed that the two were an item, surprising fans worldwide. It’s no secret that management agencies keep their idol stars from dating – to maintain the star’s image and to keep them focused, all the while keeping fan girls (and boys) happy. However, Goo Hara and Joon Hyung were brave enough to open up. Hopefully, they’ll encourage many other idol couples to go public. After all, idol stars are humans too!

On July 23, actors Eugene and Ki Tae Young tied the knot at a small church just outside of Seoul. The two met while filming their drama “Creating Destiny” back in 2009 after dating for a year and a half. The ceremony was a private affair with only close friends and family in attendance. The newlyweds continued to delight their fans with romantic photos from their three-week honeymoon throughout Europe.

Actress Kim Hyo Jin and actor Yoo Ji Tae married earlier this month, December 2, at the Silla Hotel in Seoul. The newly wed met back in 2003 while shooting a CF and began dating in 2007. Yoo Ji Tae revealed that they purposely set their wedding date to December 2 as it marks 1,825 days, exactly 5 years, since they started dating. The celebrity couple shares a passion for volunteering and has been appointed honorary ambassadors for World Vision in 2011. In 2010, they donated 20 million won to the Haiti earthquake relief among other countless volunteer services.

Unfortunately, actress Shin Se Kyung and SHINee’s Jong Hyun parted ways this past spring/summer. According to Shin Se Kyung’s agency, the two decided to continue their relationship as friends, citing at the two were so busy that it became difficult to spend time together. The two stars were caught secretly dating on October 2010, but their relationship was plagued by break up rumors just six months after going public. The couple broke up just after 8 months of dating.

The announcement came a day after Hyun Bin’s military enlistment on March 7. Song Hye Kyo and Hyun Bin met through drama “The World They Live In” in 2008 and have been pretty open about their relationship while dating. Their busy schedules with shooting at home and overseas caused a natural complication within their relationship. After all, they both are considered two of the most popular hallyu stars. The two mutually agreed to end their relationship early this year.

Actress Lee Ji Ah has shocked Korea with her secret marriage and divorce to 90s pop icon Seo Taiji. They were found to have gotten married in 1997, when Lee Ji Ah was only 16 years old. The two managed to hide their relationship for fourteen years until the press discovered their recent divorce lawsuit over asset division. Just a month before news about the scandalous marriage and divorce hit, Jung Woo Sung had admitted that he was dating co-star Lee Ji Ah on his blog and at his fan meeting. They met on the set of blockbuster drama “Athena: Goddess of War,” where Jung Woo Sung and Lee Ji Ah played a timeless couple that reunited after separation. However, they parted ways in May after dating for three months.