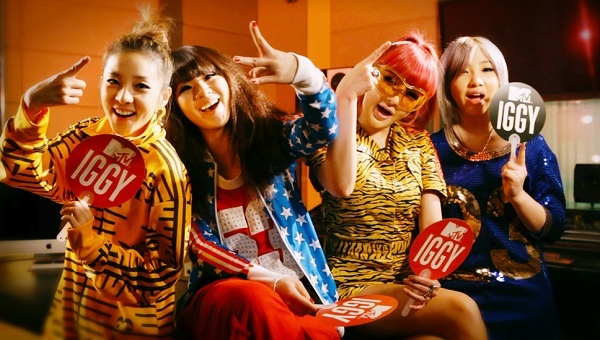 [Soompi 2011] Most Noticeable Trends of the Year

[Make sure you check out Soompi’s 2011 review on the “Most Shocking Scandals,” “Celebrity Love,” “Variety Shows,” and “Soompi Editorials” too!]

With 2011 winding down, Soompi took a look back at the year and compiled a list of some of the major trends we’ve seen in the K-Pop industry. From K-Pop concerts popping up all over the world to celebrities openly dating, we’ve identified 7 trends that had a significant impact on the business. Here’s our list:

This was the year in which K-Pop totally stepped it up with its overseas concerts. SM Entertainment’s “SM Town in Paris,” the first K-Pop concert to take place in Europe, was the first of many overseas concerts that took place this year. There were street rallies on the streets of Paris demanding another show of the concert (which was later granted), and flash mobs were held all across the world to bring concerts to their respective countries. SME’s “SM Town in New York” held in October was another giant step toward reaching the mainstream western culture. SHINee wrote history in June when they became the first Asian artist to perform live at London’s famed “Abbey Road Studios,” a venue made famous by the Beatles, Stevie Wonder, and Coldplay, to name a few.

New Yorkers also got to see 2NE1 when the group visited the city to receive MTV Iggy’s “Best New Band in the World” award. Their interview and live performance was shown through the jumbotron in Times Square, giving extra exposure to millions of tourists. 2NE1 was again featured in interviews with BBC News and MTV Style, keeping many fans wonder when the group will actually make its much-awaited global debut. 2NE1’s fellow YGE labelmate Big Bang also made their name known around the world by winning the “World Wide Act” Award at the MTV’s European Music Awards, taking another huge step in bringing K-Pop to the Worldwide market.

Cube Entertainment also brought its top stars – 4minute, G.NA, and BEAST – to London and San Paolo for the “United Cube Concerts.” The London concert was held at the famous O2 Stadium, while the San Paolo concert was the very first K-Pop concert in the Latin American region. JYJ also continued its worldwide concert in Spain and Germany. Australian fans had the chance to meet some of the top celebrities through the “K-Pop Music Fest Sydney 2011,” while MBC’s survival reality show, “I Am a Singer,” took its main cast members to Sydney for a special concert, as well.

Perhaps, a better indication of the growing influence of K-Pop overseas, especially in western markets, would be Billboard Magazine and YouTube launching their own K-Pop related charts and channels. In August, the prestigious U.S. music magazine/chart started its own K-Pop chart, while YouTube opened up its own K-Pop channel to meet the demands of K-Pop fans—in 2010 alone, K-Pop videos were viewed nearly 800 million times in total. This probably explains why Billboard Korea held their first K-Pop concert in Las Vegas in November.

2) Female Idol Groups on the Rise:

Many industry officials call 2011 the “Year of the Girl Groups.” More than 30 girl groups debuted this past year alone. From the 23 artists that won the Mutizen Award at the SBS “Inkigayo” this year, 11 winners were girl groups. With more agencies focusing their effort on girl groups, there’s no denying in the growing influence and popularity these female idol stars have on the industry.

The reason for this? Kim Shi Dae, CEO of Starship Entertainment, told SBS “One Night with TV Entertainment,” that girl groups see much quicker results compared to male idol groups. “It’s hard to explain why, but girl groups are easier to approach and generate more publicity than boy bands,” the CEO said.

We won’t say girl groups necessarily have a bigger impact than male groups, but there’s no question they brought some of the biggest news of the year as evidenced by 2NE1’s MTV Iggy Award, SNSD’s concerts in Paris and New York, or the Wonder Girls coming back to Korea. HyunA and 4minute, T-ara, miss-A, and Brown Eyed Girls were equally, if not more, impressive this year with their respective promotions.

It used to be that in the past celebrities would shy away from revealing their personal relationships. Especially when you’re a female celebrity, the chances of coming out public with your personal romance was a no-no. Some agencies even had a “no-dating” clause in their contracts, ensuring their female stars would not get involved in any scandals that could significantly drop their popularity.

However, this year alone, we saw Park Min Young, Lee Hyori, Wonder Girls’ Sunye, Kara’s Goo Hara admit their relationships. Park Min Young shocked the K-Pop fandom with her relationship with “City Hunter” co-star Lee Min Ho, while Lee Hyori went public with her personal relationship for the first time last month. Goo Hara broke the hearts of many fans with her dating photos with BEAST’s Yong Jun Hyung, although many argue they make the cutest idol couple. Sunye, however, was the most upfront about her relationship, as she brought up the subject during last month’s episode of SBS “Strong Heart.”

It seems like more and more celebrities are feeling comfortable going public with their relationships, and we hope this will lead to more celebrity couple weddings, such as the Eugene and Ki Tae Young couple or the Kim Hyo Jin-Yoo Ji Tae couple.

We’ve probably seen more audition shows than any time in recent memory this year. The widely successful “Superstar K” series is probably the main reason for these different audition shows popping up in the industry, but most of them had pretty solid ratings, making it clear the viewers want a good mix of reality TV and competition, as well as live performance.

Mnet’s “Superstar K3” had yet another successful season, creating some major star singers, including Ulala Session and Busker Busker. MBC’s “Star Audition” followed up its popular first season with another high-rating season 2. “Korea’s Got Talent” and “Top Band” brought some variety to these survival audition shows by accepting different categories in dancing and band performances.

The latest of the batch is SBS “K-Pop Star,” where some of the most influential people in today’s K-Pop industry appear as judges (Park Jin Young of JYP Entertainment, Yang Hyun Suk of YG Entertainment, and BoA from SM Entertainment). The dynamics of the three high-profile judging panels, with their unique personalities, create a must-watch show and its high TV ratings so far reflect its strong support from fans.

Until recently, we constantly heard controversies surrounding male celebrities trying to avoid the mandatory military service. MC Mong and Yoo Seung Joon come to mind when talking about top stars ending their careers after military dodging scandals. But from a few years ago (and continuing on this year too), we’ve started to see more and more male celebrities announce their enlistment in advance. This year alone we’ve seen Rain, Hyun Bin, Super Junior’s Heechul, Kim Joon, Wheesung, and Hwanhee enlist in the Korean army, while Jo In Sung, Eric, Lee Dong Wook, and Boom made their comebacks after completing their two-year service.

Another noticeable trend is that some of these stars opt to take it hardcore, enlisting in the more intense marines or as a bootcamp instructor, which are usually reserved for the fittest of the fittest. Hyun Bin, for example, voluntarily joined the Marine Corps. while Rain has been picked as an instructor at the main boot camp facilities, showing how it’s done and setting a precedent among male celebrities that, in a lot of cases, tend to find ways to take positions in the less-intense public service or military entertainment departments.

Many idol group members have crossed over to acting this year. CN Blue’s Jung Yong Hwa was one of the most popular stars on Soompi with his drama “Heartstrings,” while JYJ’s Yoochun and Jaejoong each played significant roles in their respective dramas, “Miss Ripley” and “Protect the Boss.” Super Junior’s Siwon continued his drama acting with “Poseidon,” where DBSK’s Yunho made a cameo appearance. Big Bang’s Daesung made his TV drama debut through “What’s Up,” and Seungri also played a cameo role on a recent episode of “Lights and Shadows.”

Female idol stars have also joined the movement. Kara’s Goo Hara had a successful drama debut on “City Hunter” and Uee was pretty impressive with her role on “Ojakgyo Brothers.” Four SNSD members, YoonA, Sooyoung, Jessica, and Yuri, have starred in or are scheduled to appear in TV dramas.

The explosive popularity of these idol singers have resulted in KBS producing “Dream High,” the highly successful drama involving some of the most star-studded lineup in recent memory. 2PM’s Taecyeon and Wooyoung were the two male leads, appearing alongside IU, T-ara’s Eunjung, and miss A’s Suzy. The second season of “Dream High” also boasts similar star power, featuring 2AM’s Jinwoon, Kang So Ra, T-ara’s Jiyeon, SISTAR’s Hyorin, and After School’s Kahi. The demand for these idol stars in TV dramas continue to grow so their crossover into acting is expected to continue, if not grow even bigger, next year.

With the rise of K-Pop came more collaboration with prominent U.S. producers. Teddy Riley, for example, worked with RaNia and SNSD, and is now reported to be helping out Jay Park’s new album. He even sparked a brief online controversy for comments he made about the Wonder Girls.

SNSD, meanwhile, featured U.S. rapper Snoop Dogg in their new maxi single for “The Boys.” The single also has rookie rapper Lil’ Play as a feature artist. Snoop Dogg’s close friend Dr. Dre hasn’t worked with any K-Pop artist yet, but did perform with Snoop at the 2011 MAMA Awards and even asked to take a photo with 2NE1, showing his growing interest in K-Pop.

Taeyang has teased us repeatedly with his Twitter photos taken with The Underdogs, the famous R&B production duo that’s worked with Beyonce, Omarion, Justin Timberlake, and Chris Brown in the past. It’s unclear when their collab work will be released, but it’s definitely something to be excited about.

Perhaps the most anticipated pairing would be 2NE1 and Will.I.Am of the Black Eyed Peas. The popular U.S. producer shocked many with his visit to Korea last May, when he met with 2NE1 and YG officials. But the bigger surprise was the 2011 MAMA Awards where 2NE1’s CL shared the stage with Will.I.Am and Apl.de.Ap. Hopefully, their first album together will drop sometime next year!

Which of these trends did you notice the most? Did we miss anything? Share your thoughts!