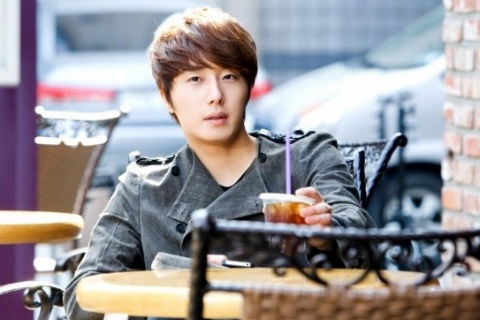 In the series, Jung Il Woo plays Prince Yang Myung who is second in line for the throne and the half-brother of Lee Won (Kim Soo Hyun). Yang Myung and Lee Won fall for the same girl, a shaman named Wol (Han Ga In) who eventually falls for Lee Won.

Jung Il Woo described, “While he looks bright and cheerful on the outside, Yang Myung is actually full of pain and agony. Despite his bright smiles, he’s a very sad character. He’s constantly conflicted between reason and sensibility.”

While his character shows devotion to one love, Jung Il Woo surprised reporters by comparing his dating style to a nickel-silver pot. He stated, “I love like a nickel-silver pot. I tend to get passionate really fast, and I cool down [forget his ex] once we end our relationship.” The humorous comment caused everyone at the conference burst into laughter. Jung Il Woo continued, “My theory of love, relationships, and ideal type changes every year. Right now, the beautiful and hard-working Han Ga In sunbaenim is my ideal girl.” Slightly embarrassed, Jung Il Woo added, “I lost control over this situation.”