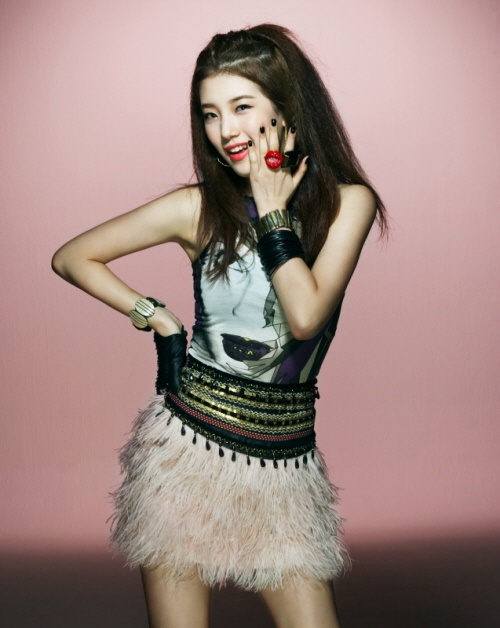 While the program was receiving text message answers from viewers, the stars who appeared on the studio discussed about the topic of cell phones.

When MC Kim Yong Man asked Suzy which cell phone is the most decent, she answered, “If you asked me a bit before, I would have said that I would be happy to use the same cell phone as the great Kang Dong Won.”

However she continued, “But I want to have a couple cell phone with the oh so popular king..” It was obvious that Suzy was mentioning Kim Soo Hyun from MBC “The Moon That Embraces the Sun,” which she starred with on KBS “Dream High.”

MC Kim Yong Man asked, “Were you two close when you filmed together?” Which Suzy answered with a puzzling reply, “Yes. I mean he was close with the other people who liked him.”

MC Kim Yong Man finished the discussion by ending with the statement: “It is a live show and you seem very perplexed.”

*** Click the blue triangle on the picture to watch the video ***