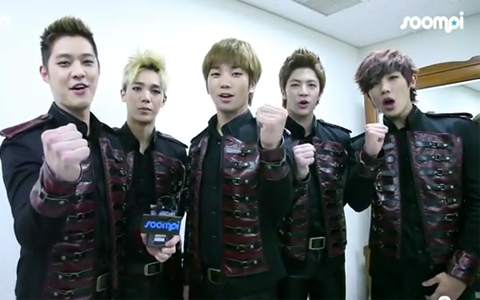 Soompi’s Exclusive Backstage Pass at SBS MTV’s “Music Island” episode 2 is out! Check it out! MBLAQ, Block B, FT Island, Dal Shabet, Rainbow Pixie, and Lim Jeong Hee guested on the second show, heating up the stage, as well as backstage.

While behind-the-scenes, I had the chance to meet all the stars and interview some – specifically Block B and MBLAQ! We’ve included a short preview of their interviews in this video, but stay tuned to Soompi for the full interview! They’ll be released throughout this week, so be sure to check back!

“Music Island,”hosted by Girls’ Generation’s Sunny, is a new music show that features both live performances and talk sessions with some of the hottest K-Pop stars. SBS MTV will air the second episode of “Music Island” on March 7 at 8PM KST.