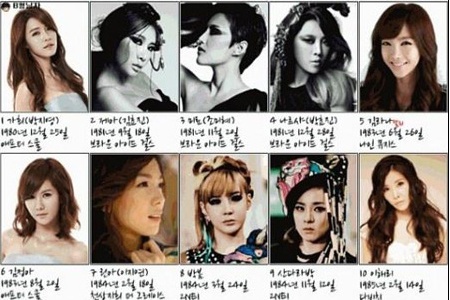 Recently, a post was made to a community bulletin board with the title, “Girl Group Age Hierarchy.” It quickly became a hot topic among netizens. The post consisted of a photograph of the girl group members along with the member’s date of birth.

The oldest girl group members were After School’s Kahi at 32, followed by Brown Eyed Girls’ JeA, Miryo, and Narsha who are all 30 years of age.

Netizens reacted to the post saying, “That’s interesting seeing the girl group’s ages in a sequence like this,” “So Kahi is the oldest of all the girl group members,” “Another girl group sequence? No one is older than Kahi?”

What are your thoughts about the list? Were you able to predict the oldest and youngest members?