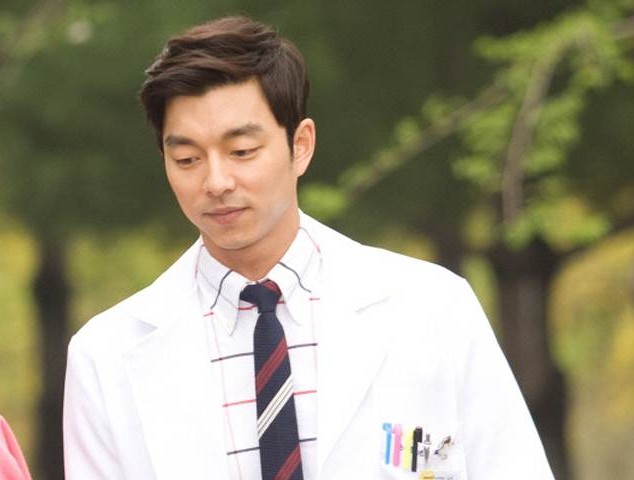 Popular actor Gong Yoo shares photos from a drama-like scene with the public.

Earlier today, Gong Yoo updated his Me2Day with a message which read, “At the airport, showing off my Gyung Joon inspired fashion.” Gyung Joon is the name of Shin Won Ho‘s character in the new KBS drama “Big.” Along with the post he uploaded the following photos for fans to enjoy.

In the posted photos, Gong Yoo was pictured wearing a white shirt with a green cardigan sweater tied around his shoulders which gave him bonus fashion points. He also donned a pair of sunglasses to draw attention away from his identity. Yet, he gave off the appearance of a model with his small face and pose drawing the attention of netizens.

Netizens responded to the photo saying, “Your appearance is just unreal,” “For some reason it makes me think he’s a jerk. keke,” and “I’m inspired to take random Gyung Joon style pictures now.”

Meanwhile, the KBS 2TV drama “Big” follows Gong Yoo who plays the role of a hot 30 year-old doctor whose body has been possessed by the spirit of an 18 year-old boy. The series began airing on June 4 and took the place of recently concluded popular drama, “Love Rain.”