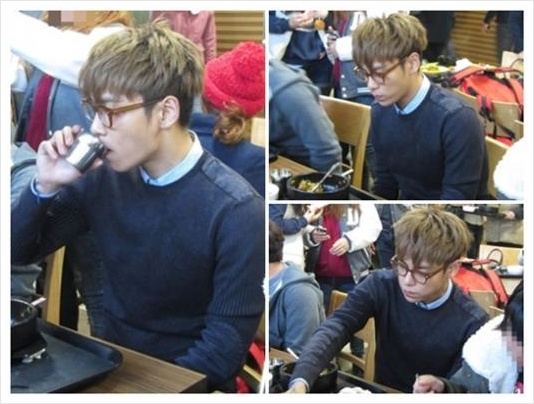 Graduation Season Is Over – Which Schools Have the Most Celebrities?

It’s the end of June, and for those of you in the U.S., that means graduation season is almost over.

In Korea, however, school year starts in March and graduation season doesn’t come until the end of February. Most college students in Korea are facing final exams now, and it’s no exception for all the K-Pop stars enrolled in Korean colleges.

Unfortunately, many of these celebrities are unable to attend classes regularly due to their busy schedules, and thus have a hard time passing their classes (or in some cases, not even given the chance to take the exam – see what happens when celebrities don’t show up to class here).

But one thing these stars do for sure is that they give free publicity and build a friendlier image for the school – giving significant and immeasurable exposure home and abroad.

In this article, we’ll go over colleges with the most star power. We hope this gives you a better idea of which school to go to (in case you’re considering a college program in Korea), and hopefully, you’ll get a chance to sit in the same classroom with your favorite star!

After School’s Uee and T-ara’s Hyomin are currently enrolled in Sung Kyun Kwan University’s theater program. Although they both started their careers as idol singers, both Uee and Hyomin are slowly expanding their resume to acting fields. Sung Kyun Kwan University isn’t best-known for its theater program but there have been a number of prominent figures from this school. Bae Yong Joon was once part of its theater program, while Song Joong Ki and Moon Geun Young were business and literature majors, respectively.

Konkuk University’s up-and-coming program has been actively recruiting some of the top idol stars lately. After entering in 2010, SHINee’s Minho has become the school’s PR ambassador, and it helped bring in 4minute’s HyunA and BEAST’s Dong Woon so far. Lee Min Ho of “City Hunter” has been with Konkuk since 2006, while Lee Jong Suk and Seo Woo are also part of its theater program.

There aren’t that many celebrities at Ho Won University, but if you’re a HOTTEST, you may want to check it out since 2PM’s Wooyoung, Junho, and Chansung are all part of its broadcasting/entertainment major.

Dae Jin University isn’t an academically prominent school, but their theater program is slowly making its name known around the country. Starting from Big Bang’s Taeyang, Dae Jin has accepted 2AM’s Seulong and Jinwoon to its theater program, whose early graduates include MBC “Infinity Challenge’s” Haha. All of them have expressed interest in further promoting the school, as they are heavily featured in the school’s brochures and booklets.

Despite being located outside of Seoul, Dankook University has been able to attract a lot of top class celebrities. Headed by Big Bang’s T.O.P, 2PM’s Taecyeon, and Jay Park, Dankook perhaps has the sexiest male star line up. T.O.P and Taecyeon particularly have been spotted several times at school, making it a must-visit place for all the fan girls.

Alongside Dong Guk University, Joong Ang Univeristy has the nation’s top 2 theater programs. That’s probably why Girls’ Generation’s Sooyoung and Yuri decided to join this school in 2009 and 2010, respectively. Big Bang’s Seungri also started his freshman year in 2010, although he transferred to an online college the following year. Kim Bum, Shin Se Kyung, and f(x)’s Luna are also part of this star-studded program.

Kyunghee University doesn’t have a strong theater program, but its Post-Modern Music major has been one of the fastest growing programs in the country. Just to name a few celebrities that are or have been part of the Post-Modern Music program so far: Rain, JYJ’s Yoochun, DBSK’s Changmin, Big Bang’s G-Dragon and Daesung, Super Junior’s Kyuhyun, Wonder Girls’ Ye Eun, FT Island’s Hongki, Kara’s Han Seung Yeon, Hyori, 2AM’s Jo Kwon, Davichi’s Kang Min Kyung, and the list goes on…

Dong Guk University has one of the strongest theater programs in Korea, having produced countless actors/actresses in its 106-year history. The tradition is still alive and strong as members from Girls’ Generation, Wonder Girls, T-ara, and 4minute are all part of this program. YoonA and Seohyun of Girls’ Generation joined in 2009 and 2010, respectively, while the Wonder Girls’ Sunye and Sunmi each got admitted in 2009 and 2011. T-ara’s Eunjung and 4minute’s Heo Ga Yoon are also part of Dong Guk’s prestigious theater program. Actress Park Ha Sun and SPICA’s Yang Ji Won come from this program as well. Lee Seung Gi is an international business major graduate of Dong Guk too!

So, which school would you like to attend the most?

Leave your comments below!