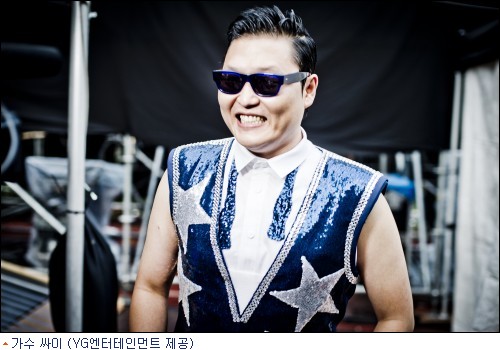 Despite a 25-point drop in scores, Psy’s long running chart topper “Gangnam Style” still manages to edge out Kara’s “Pandora” by three points to remain No. 1 for the sixth straight week. By doing so, “Gangnam Style” not only becomes the first song in two years to record six weeks as No. 1, it also joins the elite company of a selected few songs to spend six or more weeks as No. 1 on our chart. They are:

If “Gangnam Style” is No. 1 again next week, it will tie Big Bang’s “Lie” for the all-time record seven weeks No. 1 on our chart. Kara will be the favorite to win but don’t ever count out Psy, who has been the most amazing story in K-Pop this year.

There are two new songs in the top 10 this week, and both are male-female duets. Moving up nine spots to No. 5 are two singers who don’t come out to promote their songs often but yet are winning fans due to their great music. Huh Gak and Zi-A get together for the first time with their duet “I Need You.” This is an acoustic R&B track that has a romantic guitar riff. The track is about the hidden love between a man and a woman. Both Huh Gak and Zi-A has created a beautiful harmony with their sweet and melodious singing styles. This song is perfect for the end of the summer as we get ready for the new fall season.

Debuting at No. 9 is a song from the popular tvN drama “Answer Me 1997.” The two co-stars and also singers Seo In Kook and Jung Eun Ji of A Pink collaborate on this duet “All For You.” This drama has attracted a lot of young fans. “All For You” is one of the very few drama songs getting promoted on mainstream music shows. It was ranked No. 1 on many internet charts in Korea last week. This song will likely battle two songs from “A Gentleman’s Dignity” for the most popular drama OST song this year: Lee Hyun’s “My Heart Ache” and Lee Jong Hyun’s “My Love”.

Comment: Kim Jung Min and Kiroy Y have joined hands for an upcoming project album titled, “Return.” The title track is “Looking At,” a sad, yet beautiful number with lyrics based on Kiroy Y’s past experience. The song is about realizing love after leaving a loved one.