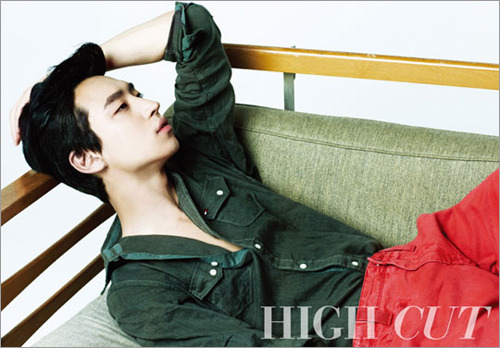 Lee Jae Hoon is leaving us for military service tomorrow, but don’t worry, because Hyun Bin and Kang Dong Won will make their comebacks later this year!

As reported before, actor Lee Jae Hoon is expected to start his Korean military service tomorrow, October 25. He will be stationed at the Seoul Metropolitan Police Agency and serve as a police officer for 21 months.

In this year alone, Lee Jae Hoon has been busy with movies “Architecture 101” and “Ghost Sweepers,” as well as the SBS drama “Fashion King.” He’s also currently working on two upcoming films, “Ethics of Anger” and “I Am Paparoti,” which means we’ll be able to see him through the big screen even after his enlistment.

Meanwhile, as we bid farewell to Lee Jae Hoon for 21 months, two prominent actors will wrap up their military services and comeback to the acting scene. Kang Dong Won, who’s largely remained quiet during his enlistment, is scheduled to come back on November 12. Hyun Bin, who left his fans at the peak of his career in 2010 after SBS “Secret Garden,” is slated for return on December 6. Hyun Bin, however, has been pretty active in the military and often made public appearances as part of the Army PR Team.

It’s reported that Hyun Bin and his agency has already been receiving calls from movie producers with potential roles. Kang Dong Won, as well, was one of the top TV models prior to joining the army, and is being approached by a number of different advertisers, according to local reports.

We hate to see Lee Jae Hoon leave the fans, but at the same time, we’re glad that he’s taking care of the military service early in his career. We hope to see him back healthy 21 months later!