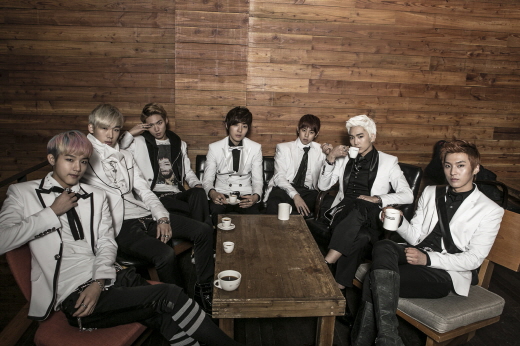 On January 18, rookie group SPEED thanked their Japanese fans after receiving a custom-made cake from them.

SPEED took a picture with the cake and the revealed photo with a large cake topped with figures of all seven members, each one resembling the corresponding member’s hairstyle and outfits. “IT’S OVER SPEED IS BACK” is written on the center of the cake. Members of SPEED commented, “We are so touched by this elaborate, carefully made custom cake. We will try our best in our debut stage on pubic TV music program. Please pay close attention to us.”

SPEED made their official debut on Mnet “M! Countdown,“ featuring Davichi‘s Kang Min Kyung. Although it was their first performance, their group choreography featuring tutting moves was highly impressive.

Meanwhile, Speed announced that they will be donating all profits made from the sales of their debut album and garnered much attention previously.

Davichi
Kang Min Kyung
M Countdown
SPEED
It's Over
How does this article make you feel?