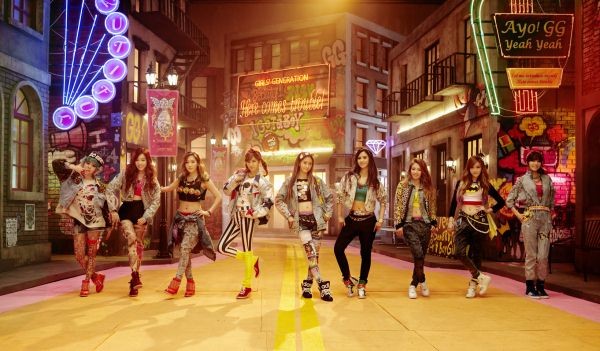 With Girls’ Generation’s “I Got A Boy” sweeping every chart in Korea this past week, it is no surprise that it becomes our new No. 1 song. To show its dominance, “I Got A Boy” scored 994 points, just six points off perfection. Expect this song to stay at the top for a while.

There are three new songs in the top 10 this week. Moving up 17 spots to No. 2 right behind “I Got A Boy” is ballad/OST queen Baek Ji Young’s latest hit “Hate.” Collaborating with well known pianist Yiruma for the first time, “Hate” holds lyrics about feeling sad after breaking up with a loved one. Despite the fact that this song is a ballad which Baek Ji Young is known for, Yiruma stated that this number is slightly different in terms of beats and felt it was perfect for Baek. Next month, Baek Ji Young is scheduled to hold her first solo concert in seven years. This song is a perfect warm up to her upcoming concert.

The other two new songs are at the bottom of the top 10. Moving up 15 spots to No. 9 is the second collaboration between BEAST and A Pink members from the A Cube For The Season project. Last year, it was Yang Yoseob and Jung Eun Ji’s “Love Day” hitting the top 10. This time around, it features BEAST’s Jang Hyun Seung and A Pink’s Jung Eun Ji and Kim Nam Joo. The song is “One Year Ago,” a charming number composed and penned by Sinsadong Tiger and Rado. The three singers do a great job harmonizing in this song and also star in an adorable MV for the song.

Moving up a big 29 spot to No. 10 is “While You’re Sleeping” from Brown Eyed Girl’s leader Jea. This is the title song from Jea’s mini-album “Just Jea.” Unlike other BEG members’ solo hits which are mostly dance beats, Jea sticks to the original BEG ballad concept. This mini-album showcases Jea not as the leader of Brown Eyed Girls, but as a vocalist and producer. “While You’re Sleeping” is also not your traditional K-Pop ballad. It has a jazz style melody to complement Jea’s strong vocal. It is the type of song that one has to listen more to appreciate.