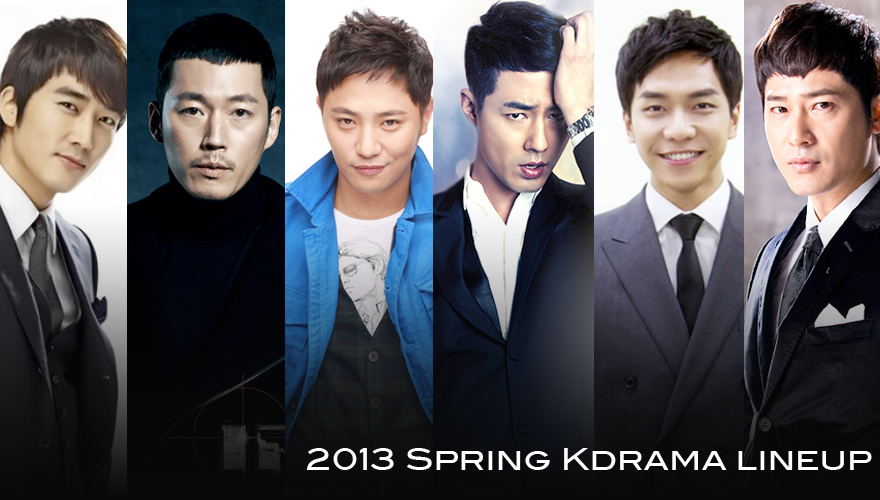 It’s the start of a new month! Whew! Can you believe it’s February already? Well, it seems like February will be an exciting month for kdrama fans as there are several new series making their grand premieres! We also have a couple great dramas premiering later in the year too! Continue reading to find out what the kdrama world has in store for us this spring season!

The story, as the title suggests, is about money and the greed and drama it brings. It’s about the people who have it and work hard to protect it from those who want to steal it. Kang Ji Hwan plays Lee Cha Don, the son to a real estate chaebol, who loses everything he has – his family and his fortune. His mother is the prime suspect in his father’s murder, and he’s locked up in a psychiatric hospital. He’s saved by Bok Jae In, played by Hwang Jung Eum, the daughter of a powerful loan shark. She grew up under a father who knew nothing but money. Stressed and lonely, she turns to food to comfort her and becomes a rather large girl. She meets Lee Cha Don during her dark period, and they become close friends as they lean against each other to find a reason to live.

The drama takes place in the competitive world of advertising and will portray the passion, love, and heartbreak of the young people involved in the industry. “Advertising Genius Lee Tae Baek” is about Lee Tae Baek (Jin Goo), who throws himself into the advertising industry without having any credentials under his belt. Regarded as a loser because of his humble background and experience, Lee Tae Baek will compete against Eddie Kang (Jo Hyun Jae), who’s described as an elite, talented, and cool-headed executive. Baek Ji Yoon (Park Ha Sun) is an intern who dreams of becoming a great copywriter. She’s also Lee Tae Baek’s love interest. The story will follow Lee Taek Baek and Baek Ji Yoon as they work to achieve their dreams to succeed in the cutthroat advertising industry.

“That Winter, The Wind Blows”

“That Winter, The Wind Blows” is about a man and woman who don’t believe in love. Song Hye Kyo takes on the role of Oh Young, the sole heiress to a giant conglomerate. She lost both her parents and her eyesight, making her extremely self-protecting and lonely. Jo In Sung plays Oh Soo, a playboy and a gambler who lives a meaningless life. He sets his eyes on his next target, Oh Young, to repay an enormous amount of debt. While he approaches her for money, he ends up falling in love with her.

The story picks up three years after the death of Hyun Joon (Lee Byung Heon) in “IRIS 1.” The plot will revolve around the mysterious surrounding Hyun Joon’s death and Baek San (Kim Young Chul), who had been arrested for being part of the secret organization, IRIS. The NSS agents, headed by Yoo Gun (Jang Hyuk), will struggle to fight against and expose IRIS, which has gotten larger and even more powerful than before.

In the “Gu Family Book,” LeeSeung Gi will take on the role of Choi Kang Chi, a mythical character that’s half human, half beast. The series is a light-hearted martial arts sageuk (historical drama) that will follow Choi Kang Chi’s journey as he strives to become human.

“When a Man’s in Love” is described as a melodrama about a forty year old man who is in love with his deceased boss’s woman. However, he falls in love again with another young woman in her twenties

What kdrama are you most looking forward to this spring?