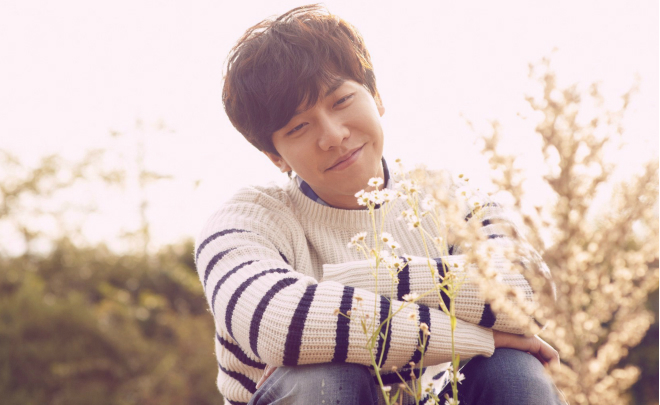 What is “White Day,” you ask? It is a day where guys give girls white gifts (candies, chocolates or jewelry) and it’s celebrated in Asian countries like China, Japan, South Korea and Taiwan on March 14- although, there are slight variations in each country.

In South Korea, it’s mostly celebrated between lovers and some men will have a social obligation of gifting ladies with white gifts if he received a chocolate on Valentine’s Day. Many elementary students gift the whole class with candies while secondary school boys use this day as a great opportunity to confess to their crush.

A survey was conducted by a dental clinic in Gangnam asking 337 females in their teens and twenties who they would like to receive a candy from and Lee Seung Gi came out on top with 142 votes. Beast’s Lee Ki Kwang placed second with 97 votes and Kim Soo Hyun rounded out in third with 94 votes.

The person conducting the survey commented, “It’s because of his beautiful smile that gives off a friendly vibe. There is no female who would deny a White Day candy from a man with a beautiful smile.” (author’s note: this is from a dental clinic. Of course they would talk about smiles.)

Here are a few celebrities who have celebrated White Day in their own special way.

Flip through the gallery to see what the stars have to offer on White Day!

G.Na made her comback with “Oops!’ on White Day and took the opportunity to hold a special event for her fans!

On this day, various Cube cafes located within Seoul are decorated with G.Na posters, balloons and candies. Customers will be randomly chosen to receive her latest album.

Her agency stated, “Since it’s been awhile since she made her comeback, she wanted to thank her fans with a romantic greeting so we thought of this event.”

The staff of SBS’s popular drama “That Winter, The Wind Blows” is definitely feeling the love with lead Song Hye Gyo gifting everyone with chocolates on Valentine’s Day and now the other lead, Jo In Sung, preparing chocolates.

On March 11, a production staff took a picture of the gift on her twitter, “Jo In Sung, the best actor in the world, prepared gifts for the female staff since White Day is approaching.”

A drama representative commented, “Jo In Sung didn’t just give chocolates to the females, but also to the male staff. Last time, Song Hye Gyo gave chocolate gifts and now it’s Jo In Sung. We got to see them affectionately take care of the staff.”

On March 14, 2PM’s official twitter was updated meaningfully at 2pm with the message, “To celebrate White Day, 2PM will randomly gift 314 Hottest 4th fans with candies! Can you feel 2PM’s great attention to detail as they wrapped the candies~?”

On March 12, he posted on his twitter, “Ladies! Do you know what day it is two days later? It’s White Day. I prepared a present. It’s pretty, right? I love you.”

It seems like the members of CNBlue wanted to give the fans are heart attack with their loving and mesmerizing stares.

On March 13, leader Jong Jung Hwa posted on his twitter, “Hello, everyone. It’s Yong Hwa! We prepared something for you all. What do you think? Make good memories for White Day and have a great day! Please cheer us a lot for our world tour! Thank you!”

Wonder Girl’s Hyelim looks adorable as she poses with her gift from fans.

Hey Lim is a website dedicated to Hye Lim containing goodies like photos and videos of the star.

Wonder Girl’s Yubin is playful with her “The Virus” co-star Park Min Woo.

On March 13, the latter uploaded a picture with the message, “How can I eat this! Yubin and I agreed to not spend so much on White Day and that the heart is more important~”

One can see that the prop Yubin is holding is a big lollipop, but there’s no hint if it’s edible. Both co-stars are squating while Yubin smirks as she props the candy against Min Woo’s face.

Girl’s Day received presents from their devoted fans and placed first on several online music sites on the day of comeback proving their increasing popularity.

On March 14, member Minah uploaded a picture taken of the group with the message, “Wow~ We made our comeback and emcee’d and it’s White Day! Our dorm is packed with candies and chocolates. I love everyone who came yesterday to cheer for us~ Muah.”

The girls successfully gave their comeback performance on March 14 through Mnet’s “M! Countdown” and also emcee’d. The title track “Expectation” is currently doing well on various charts ranging from 1st to 7th.

A company official commented, “We were worried because they originally used the cute concept and switched to sexy, but the members are receiving strength because of the good results.”