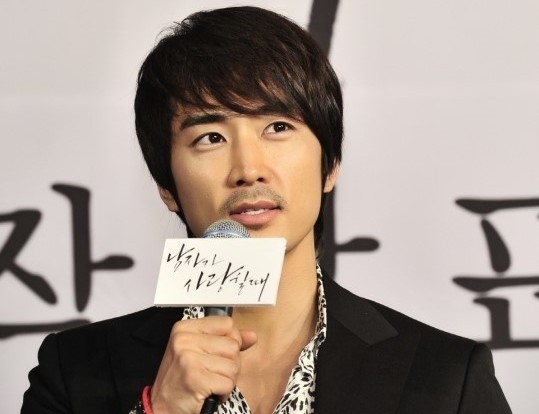 On March 27, Song Seung Hun was asked about his future plans regarding marriage at the press conference of upcoming MBC drama “When A Man Loves.” He responded, “For now, I have no plans what so ever. I don’t have any fantasies about weddings or marriages.”

He added, “Meeting a woman, falling in love with her, and becoming a father, they all look so simple, and yet, so hard. All the married men around me don’t really recommend marriage to me. But Kwon Sang Woo is different. He is the only one who tells me that he loves his married life. He always shows me his baby’s pictures.”

Meanwhile, Song Seung Hun is coming back to the small screens with “When A Man Loves.” It is a melodrama about love and passion among four people. It will air on April 3.

Kwon Sang Woo
Song Seung Heon
When A Man Loves
How does this article make you feel?