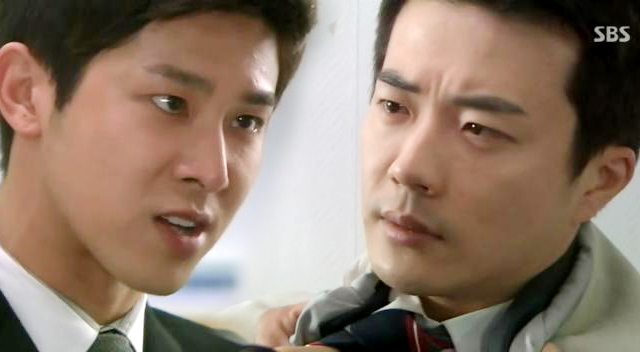 Kwon Sang Woo on DBSK’s Yunho: “He Was an Unexpectedly Good Person”

Kwon Sang Woo recently spoke highly about DBSK‘s Yunho by saying, “Out of all the people I’ve worked with, he was an unexpectedly good person.”

Kwon Sang Woo sat down for an interview shortly after successfully captivating the viewers with the SBS drama, “Queen of Ambition.”

During the interview, he spoke about Yunho, who was his rival in the drama. “Upon working with him, I found out that he is loyal and just a very good person in general. He has great manners and he is so nice and pure. I hope we can stay in touch in the future too.”

He continued, “While we were filming, Yunho had a hard time. A lot of things that happened on set made him discouraged too. He could’ve been irritated but he never let that show and endured through it well. If you think about him as a DBSK member, he is like a god-like existence in the K-Pop world but he never let any of that show.”

“I think Yunho’s acting skills improved through this drama. He changed a lot since the beginning. To me, it’s not really important on whether or not you act well. The important thing is that Yunho has a lot of charm. Out of all the people I met so far, he was the most different from what I expected,” he continued.

Meanwhile, “Queen of Ambition” ended on April 2 after a successful run.

Kwon Sang Woo
Yunho
DBSK
KPLG
Queen of Ambition
How does this article make you feel?