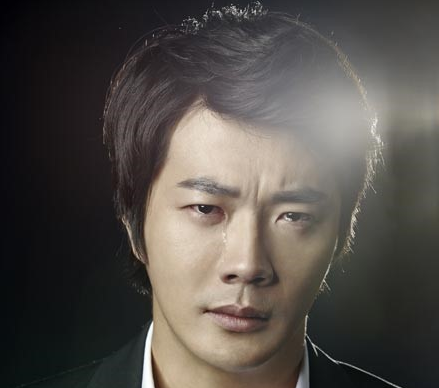 In a recent interview with TV Daily, Kwon Sang Woo discussed the ups and downs of the Korean drama filming system.

In an industry that produces two, sixty-minute dramas per week, the schedule is tight, the work is hard, and the rewards can seem disproportionate to the effort and love put into it by actors, writers, directors, and staff. With frequent news of car accidents due to an exhausting schedule, last-minute script revisions in response to ratings, and sudden cuts and extensions in the middle of broadcast, the filming environment can appear harsh and unforgiving.

Actor Kwon Sang Woo recently expressed frustration over this kind of environment when he wrote on his fan café, “I think Ha Ryu really became ha ryu. Acting and many other things are stressing me out. I can only wish for the script to come out well.” Kwon Sang Woo seemed to be playing with words as his character name in the drama “Queen of Ambition”, Ha Ryu, can also mean in Korean “downhill.” At that point, there were about six episodes left in the drama and viewers were noticing a slow-down in plot pace and a decreasing relevance of the Ha Ryu character.

When the TV Daily reporter asked Kwon Sang Woo, “Before ‘Queen of Ambition,’ you said you thought you were forgotten by the public. What are your thoughts now?”

Kwon Sang Woo replied, “I don’t know where I have reached as an actor. I don’t think there will be a lot of dramas this year that will reach the ratings of ‘Queen of Ambition.’ But I don’t think the viewers like me as much as they like the drama. Since actors are people too, they have to be able to like the last-minute script, but I kept on pushing away the script from my heart. I would only read it once.”

The reporter then asked, “Do you have a problem with the production system?”

Kwon Sang Woo answered, “I don’t have a problem. If I did, I shouldn’t be acting in this type of environment. Korean dramas might be popular internationally because we film this way. It’s not good for an actor to be filming a long time in a high-tension environment either. It’s equally exhausting to be filming a mini-series for half a year. But if actors can act knowing the ending or the script, it would be good. It’s not that I have a problem with the drama itself. I am just saddened that the assessment [of the drama] does not correlate to the ratings.”

“Queen of Ambition” finished high in ratings, recording 25%, but reportedly, scripts came out page by page until the very end with none of the actors knowing how the drama will finish.

What do you think Soompiers? Does the Korean drama production system need to change?

Kwon Sang Woo
KPLG
Queen of Ambition
How does this article make you feel?