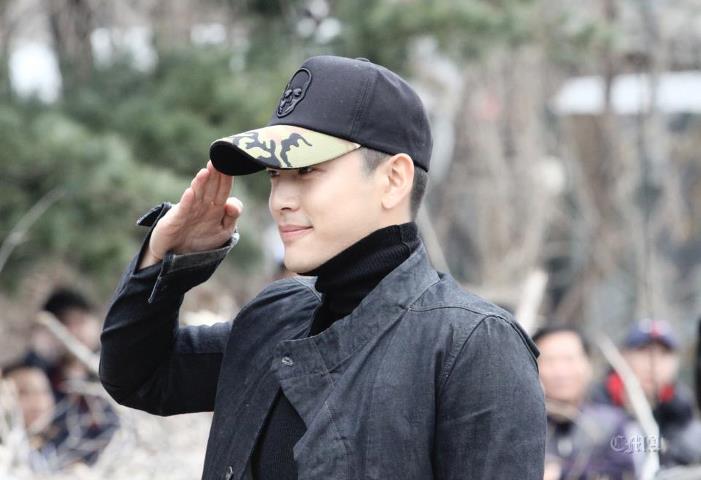 Most Korean entertainment fans are familiar to some degree with the South Korean institution of mandatory military service. Basically, all South Korean men are required to enlist for a couple years between the ages of 18 and 35 and celebrities are not exempt. Celebrities with a history of injuries can serve in public service instead of active duty, like in the case of Heechul. They may also serve as ‘celebrity soldiers’ in charge of public relations and morale, like in the case of Lee Jun Ki and Rain. Se7en and Yoo Seung Ho are among many celebrities who have chosen to do regular duty; Hyun Bin went as far as joining the marines.

This can be upsetting for fans, especially for people from countries that does not have such a requirement. Why should South Korean men be required to draft themselves, and if South Korea insists on this policy, why are only men required to to follow it?

First, it really started with the U.S. involvement in World War Ⅱ. The U.S. had suppressed its anti-communist sentiments in favor of “anti-fascism” (i.e. anti-Germany and anti-Japan). During the Japanese occupation of Korea, forcing Japan out was prioritized, causing the U.S. to cut a deal with the communist U.S.S.R. for the post-war occupation of Korea. When WWⅡ was over, however, the U.S. had anti-communist paranoia. As part of the transition to Korean sovereignty, the U.S. tried to install designated leaders because it feared that the popular government that had been organized in exile during the Japanese occupation was secretly communist. Or something along those lines. Cue reverse psychology and the communist Koreans who were originally going to accept the more popular Korean government lashed out, leading to violent back-and-forth that culminated in the Korean War. The U.S.S.R. and communist China supported communist Korea in the north and the U.S. supported nationalist Korea in the south. However, the U.S. did not want to risk backlash from pushing the communists completely out of Korea and left Korea to resolve its political tensions on its own.

North Korea is now a secretive country that could unpredictably level weapons of mass destruction against any country it chooses to but particularly South Korea, which is its next door neighbor and close friends with North Korea’s sworn enemy, the U.S.

A more pragmatic way to look at it is this:

The U.S. does not have a lot of people in terms of reserves but the U.S. would not appreciate a direct nuclear attack; each military man or woman killed by such an attack could foreseeably be replaced by many new recruits. Even though the anti-war sentiment is pretty strong in the U.S., not only would outrage over such an attack affect public opinion, the population size is so large that enough people would probably sign up whether or not the pacifists change their minds. On the other hand, South Korea has an enormous force of reserves, enough to bring the total numbers to match the U.S. total in manpower, but that’s mainly because South Korean men are required to spend several years on reserve after their two years of service. South Korea would have to mobilize a much larger proportion of its population to fight the same war. It’s true that it’s allied with the U.S. but the U.S. is not known for being the most reliable military ally for Asian countries, so their assistance might not be considered a huge risk if North Korea decided to try to reunify Korea by force. If South Korea didn’t require their men to serve, they could find themselves vulnerably short-staffed at a critical moment of surprise.

Why are only men drafted? Until recently, women have not even had the option of enlisting for anything. South Korea’s ROTC has since been opened up for women but they are still not required as men are. The fact is that ‘women are generally not suited for soldiering and therefore should not be held to the same military requirements that men are’ is a widely held opinion. This assumption is not restricted to a few countries. U.S. readers, how many times have we seen jokes about women making sandwiches in the kitchen? There’s a pervasive idea that somebody’s got to stay home and better that the women play that role than the men. But beyond that, South Korea is culturally very different from the U.S. so it’s not as simple as saying that the movement towards gender equality in the U.S. would work the same way in South Korea.

Requiring military service may not be the only way for South Korea to fill the ranks for national defense but it is probably the simplest way to do it. However, including women in active duty would mean that the whole country would soon consist of people who had somehow served in the military, which might not necessarily change the culture for the better. It could happen, but seeing how much variation there is in amenability towards mandatory service among men, it is not likely that South Korean women will rise up with one voice to demand equal treatment in the military service requirement, anyway. If some legislator were to propose that women be required to serve, controversy would be inevitable, somebody would suggest that the requirement be done away with entirely, and then they would either have to deal with people much more discontented with the system, or they would have to start spending much more on recruitment, throwing in benefits and such to convince enough people to enlist.

Now, what about this ‘PR branch’/’celebrity soldier’ deal? I can understand the need to have some PR so that people don’t resent the system any more than they do and I see that soldiers need to have their morale boosted sometimes but I honestly do not understand the necessity of musicals and photo shoots or whatever it is that the celebrity soldiers primarily do. It is special treatment, possibly in reaction to masses of fans not wanting to see their favorite singer slumming it on the front lines, possibly to reduce cases of public military dodgers like Yoo Seung Jun (Steve Yoo) and MC Mong. Whatever is the case, it’s been my impression that this alternate option is unfairly reserved for celebrities and kind of mucks up the whole point of having a mandatory draft.

The military service requirement clearly arose to meet a need. I realize that it can be an unpleasant concept. One of my friends in high school was a Korean citizen and nearly moved back to Korea to fulfill the service requirement. He didn’t feel ready to make that decision but he started getting pressure from his family when North Korea fired a missile. This whole idea of getting into the military at a certain age holds a certain significance for me. It’s a very different culture for people from English-speaking countries to wrap their heads around (ironic how U.S. citizens would find the requirement so bizarre when actions by the U.S. were a key factor in forming a divided Korea). As fans of Korean entertainment, we go deeper into understanding who the people are and how they’re affected by politics, and it’s important to try to understand the background of why our celebrities put their careers on hold for years at a time.