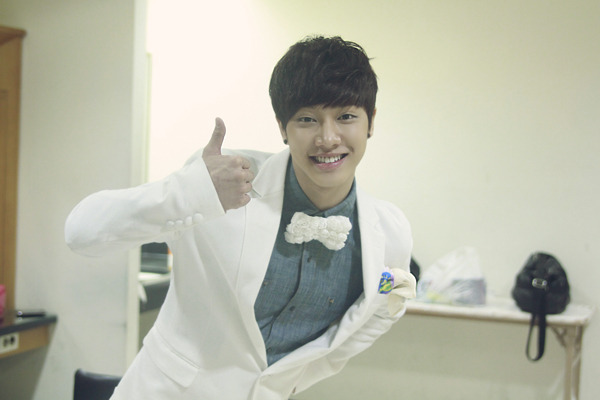 On the afternoon broadcast of radio show “Two O’clock Escape Cultwo Show” on August 8 KST, BEAST made a guest appearance and delighted listeners with their voices, songs, and stories.

During the show, member Lee Ki Kwang claimed that he grew taller recently. He drew laughter from the hosts, audience, and his fellow members when he said, “The hospital told me my growth plate is still ‘open.’ According to my most recent measurement, I grew about 0.7cm. I’m still growing.”

Lee Ki Kwang continued, “Compared to the average man, I am not that tall. But I don’t think of that as a complex. In my efforts to grow tall, I found that the calcium from stir-fried anchovies has more of an effect than milk.”

Cultwo Show
Lee Gikwang
BEAST
KPLG
How does this article make you feel?