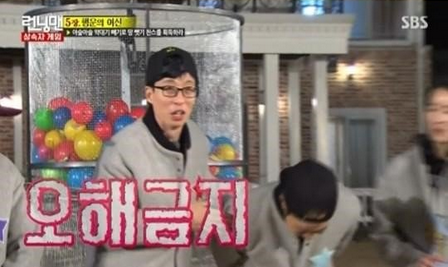 The January 10 episode of “Running Man” featured the members of the show playing a game called “The House,” a traditional Korean game reinterpreted “Running Man”-style. 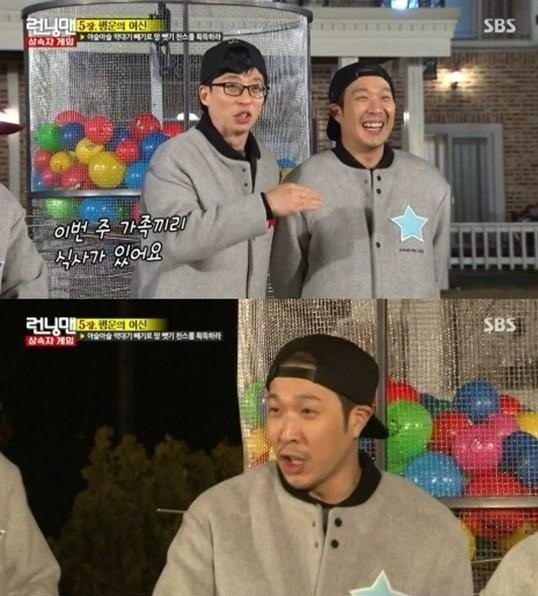 During the show, the members were given a role: Yoo Jae Suk was Haha‘s servant, and Lee Kwang Soo was Kim Jong Kook‘s servant.

An annoyed Yoo Jae Suk responded, “Are we not seeing each other on Saturday?” The other members assume Yoo Jae Suk is talking about “Infinite Challenge,” as both he and Haha are cast members on that variety show.

However, as “Running Man” and “Infinite Challenge” are produced by different broadcasting companies, it is an unspoken rule to not mention one show in the other. When the members of “Running Man” pointed this out, Yoo Jae Suk was quick to defend himself, saying “Please don’t misunderstand, our families are having dinner together that day.”