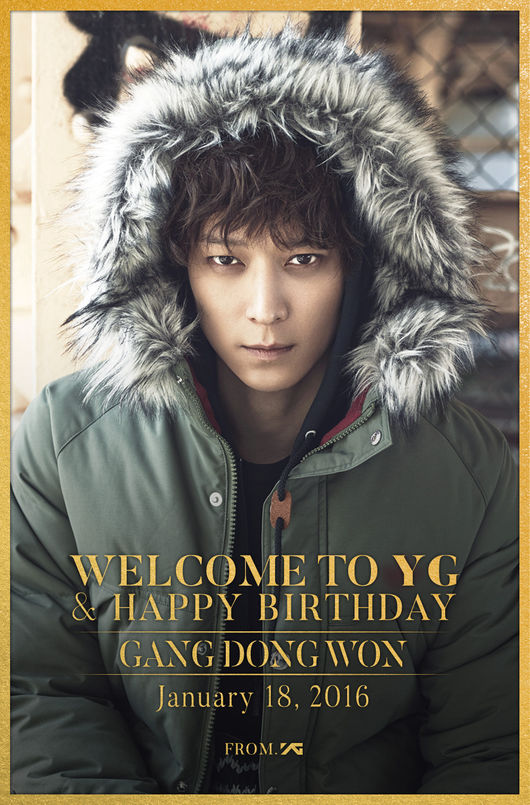 YG Entertainment, home to singers and actors alike, has signed on actor Kang Dong Won to its growing family. BIGBANG, PSY, Cha Seung Won, and Choi Ji Woo are just a few of the names tied to the entertainment agency.

YG announced the inauguration with an image of Kang Dong Won that reads, “Welcome to YG.” It also wishes the actor a happy birthday. Kang Dong Won’s birthday is January 18, the same day as today’s announcement.

Previously it was reported that Kang Dong Won, after becoming a free agent, was looking positively into joining YG. He and YG’s CEO, Yang Hyun Suk, met several times and discussed their goals with each other, building trust. They share the goal of bringing Korean content to Asia, and it is said that Kang Dong Won saw Yang Hyun Suk as Korea’s representative creative director who has a clear vision and network.

Yang Hyuk Suk is said to be creating a “Kang Dong Won Taskforce,” a team specifically in charge of Kang Dong Won and to assist in advancing Kang Dong Won’s career overseas.

Actor Kang Don Won was a model before he officially debuted through a 2003 MBC drama. Afterwords, he has mostly focused on films, starring in hits like “Temptation of the Wolves, “Jeonwoochi,” “Kundo: Age of the Rampant,” and “The Priests.” His latest film, “A Violent Prosecutor,” premieres next month.