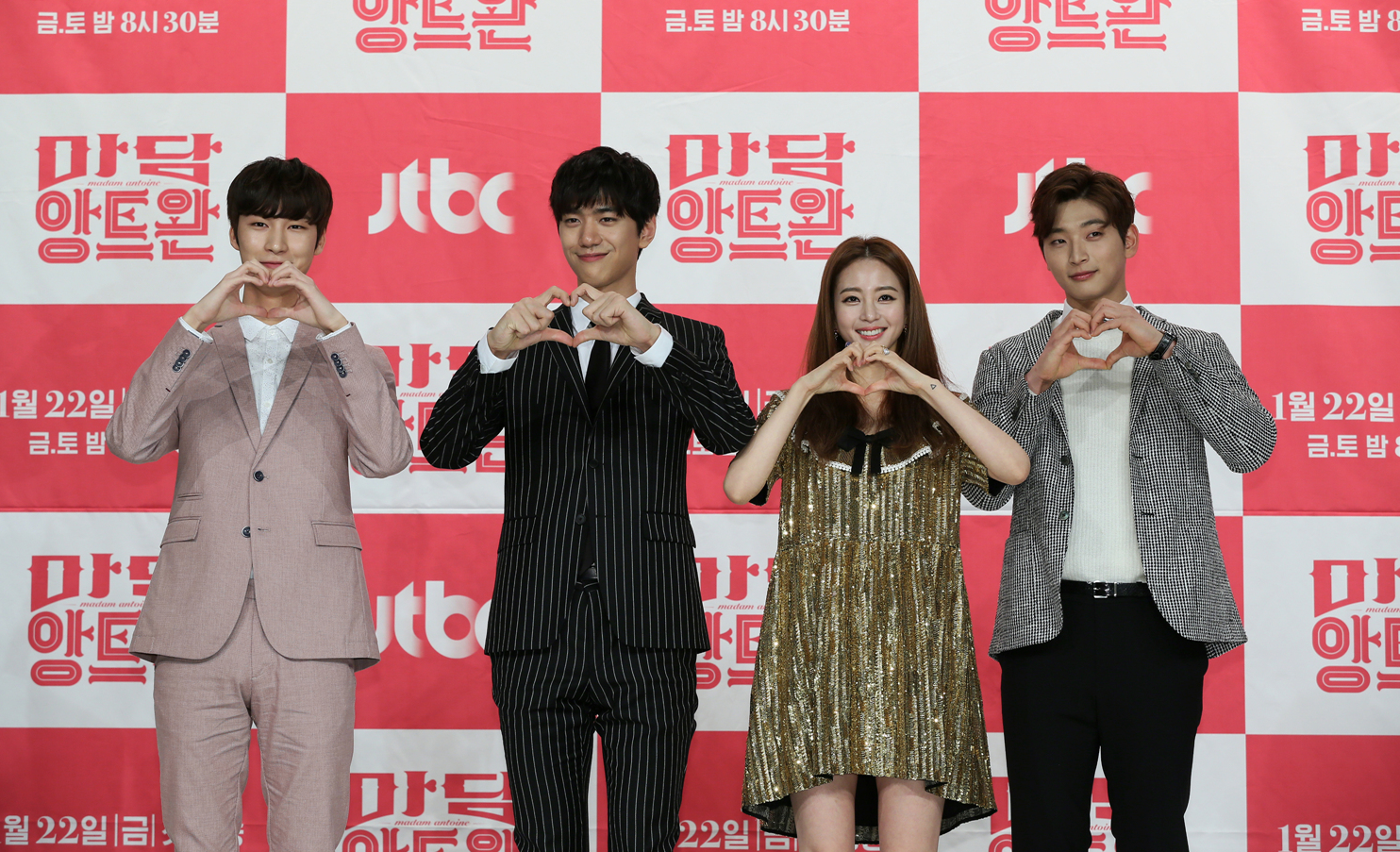 Soompi had the opportunity to attend the press conference for JTBC’s upcoming Friday-Saturday drama “Madame Antoine.” While we used Periscope to provide live coverage of the event (follow us if you haven’t already!), we got a sneak peak of the drama and got to witness plenty of eye candy.

The drama is described as a romantic comedy that involves a fraud fortune-teller named Ko Hye Lim (Han Ye Seul) who believes in true love and psychologist Choi Soo Hyun (Sung Joon) who does not believe in true love. In an effort to prove that true love doesn’t exist, Choi Soo Hyun starts a psychological experiment. His project involves using three different types of desirable men to see test feelings of love in Ko Hye Lim. The three men include Choi Soo Hyun himself, Choi Soo Hyun’s brother Choi Seung Chan (Jung Jin Woon), and Won Ji Ho (Lee Joo Hyung). While the drama is a romantic comedy, it also focuses on characters healing from past hurts while encouraging viewers to be healed at the same time.

Check out some photos and interesting comments from the “Madame Antoine” cast below! 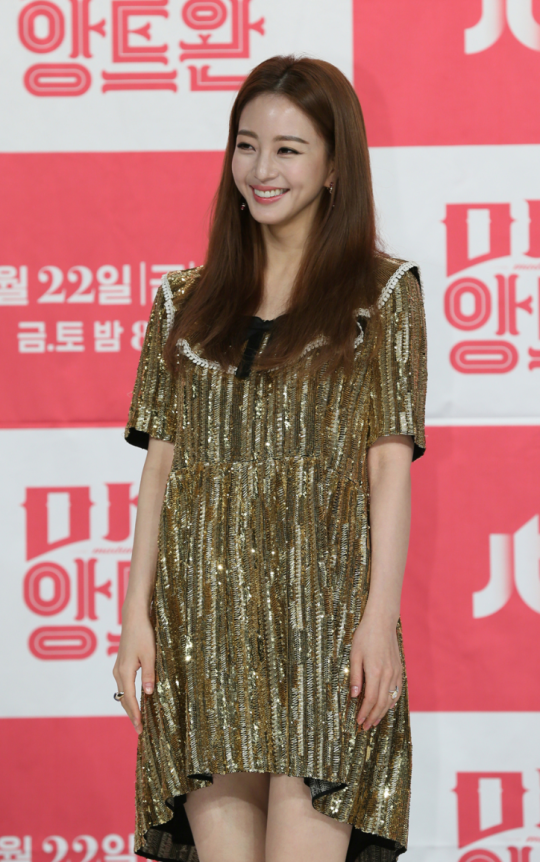 Han Ye Seul wowed everyone with her eye-catching gold sequin dress. You could tell everyone really loved her as she naturally exudes adorable aegyo. The actress promised funny scenes involving plucking her nose hair and having food stuck in her teeth. 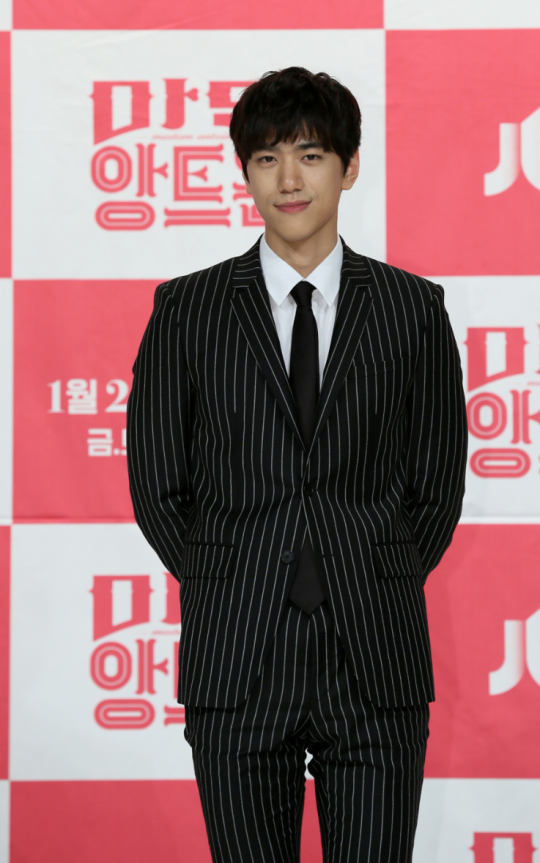 The drama’s leading man is hunky model-turned-actor Sung Joon. He commented on an intense kiss scene he had with Han Ye Seul and explained that the director wanted it that way. Looks like viewers will be able to look forward to steamy kiss scenes! 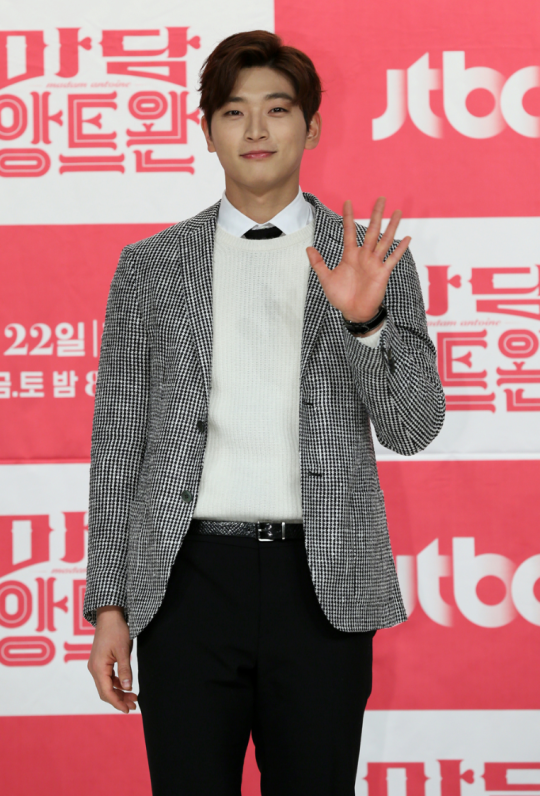 2AM’s Jung Jin Woon denied suggestions that he only wants to focus on acting. He expressed his desire to pursue both acting and singing. On another note, he made everyone laugh when he revealed his more jaded view on true love. 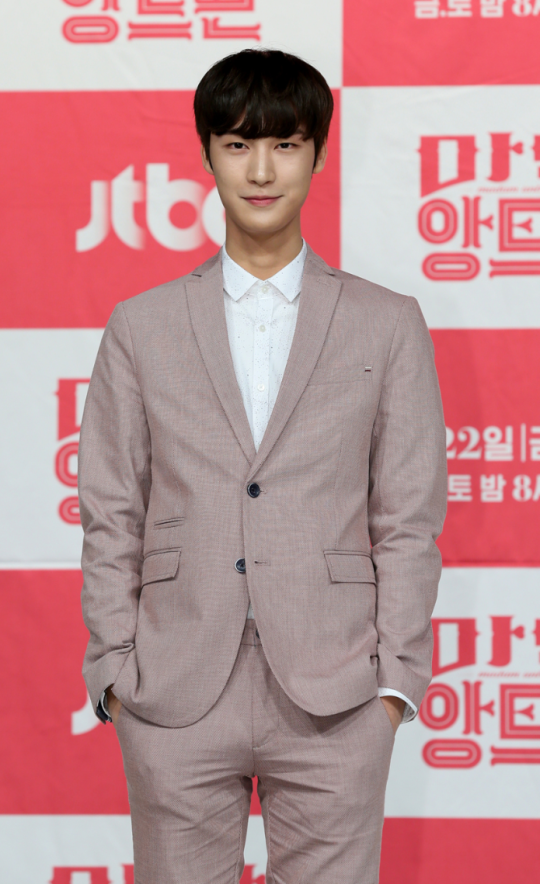 Rookie actor Lee Joo Hyung confessed he felt burdened about his flower boy character since his co-stars are so handsome. The model-turned-actor also revealed that Sung Joon is his role model and he aspires to become like him in the future. 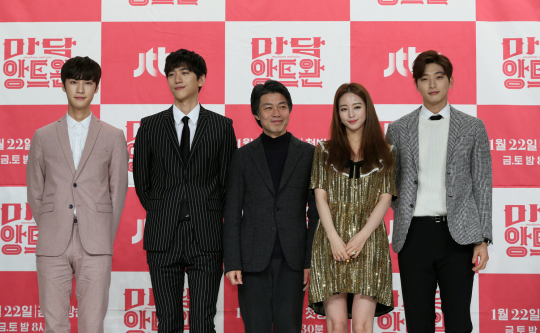 The main cast posed with Director Kim Yoon Chul who was behind hits like “My Name is Kim Sam Soon.” The drama looks promising with its romance, humor, and heart. Check out the trailer below if you haven’t already. Let us know what you think in the comments!