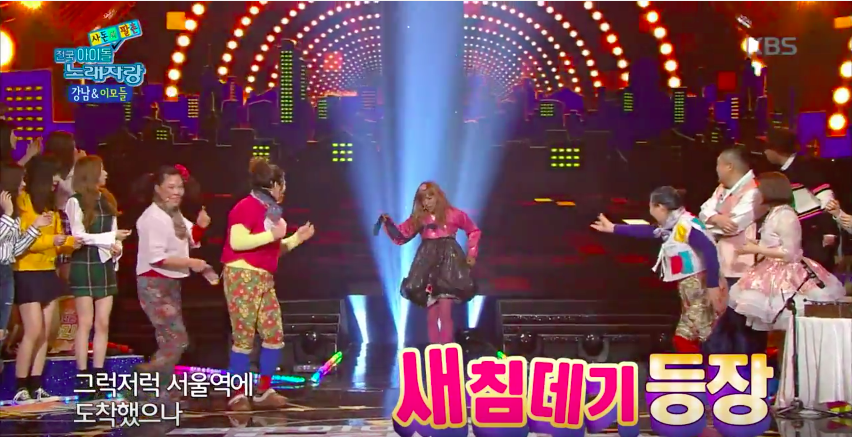 Watch: Kangnam Parties It Up With His Aunts in Comic Singing Performance

Dozens of idol singers took part in the Lunar New Year special of “National Idol Family Singing Competition,” where idols put on performances with their friends and loved ones.

M.I.B’s Kangnam was not least among them, appearing onstage with three of his aunts. Together, the family proved that music (and comedy!) could transcend generations as they put on an energetic performance of “Seoul Tour.”

The aunts wore brightly patterned clothing and clapped and laughed their way into the audience’s hearts. In a surprise twist, Kangnam came out at the end dressed as a girl in a bright pink hanbok (traditional clothing).

The comic singing performance captivated the judges and Kangnam and his aunts took home the Grand Prize for the second time in a row.

“Last year I won with GOT7’s Jackson and this year I won with my aunts,” Kangnam said. “I wonder who I will do it with next year? I will work hard so I can come on this show again. To my aunts, I love you!”

Watch Kangnam and his aunts party it up below:

Kangnam
M.I.B
How does this article make you feel?