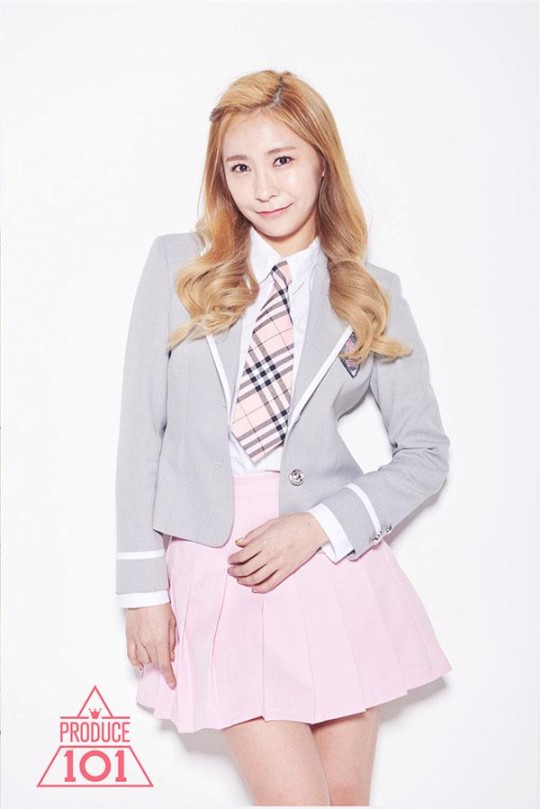 Mnet’s idol trainee survival show, “Produce 101,” is a popular show these days, beating out the always popular “Infinite Challenge” in the consumer price index (CPI) ranking for the second week of February.

Along with popularity comes controversy, as well as intense curiosity. Recently, the contract between CJ E&M (the company that owns the Mnet channel) and the trainee’s agency was revealed, showing that the trainee and agency can’t take any legal action even if they feel like there is malicious editing and/or receive negative response from the public.

Recently, fans and Heo Chanmi’s sister have voice their opinion that they feel Heo Chanmi has been a victim of the “devil’s editing,” making her receive many negative comments. Heo Chanmi is a trainee and “Produce 101” contestant, and her sister reveals that the family had a hard time during the Lunar New Year holiday because of all the negative comments and the re-broadcast of the show during the holiday. The sister feels that the Heo Chanmi shown in the show is not the person she knows and that she hopes it is not the work of “devil’s editing” because of the amount of contestants they need to fit into the show. She points out that the part where Heo Chanmi says she is suffering from vocal chord nodules was left out of the broadcast, but parts where she makes mistakes and says certain things keep being shown.

In response, the production team for “Produce 101” said, “There was no distortion. We saw what people were writing on the internet about Heo Chanmi. There is no distortion due to editing. We saw the broadcast again and Heo Chanmi’s throat condition was sufficiently explained.”

Heo Chanmi’s managing agency, Dublekick Entertainment, also stated that it felt there was no distortion that would warrant a “devil’s editing” label. The rep from the agency added that because they can’t go into the filming set, they don’t know the exact situation, and while Heo Chanmi felt it was a little regrettable that some parts where she did well were edited out, it wasn’t distorted enough to be “devil’s editing.”

The rep also explained that the words circulating around the internet is from Heo Chanmi’s older sister’s Twitter that were taken out by fans. “It seems as an older sister, she was upset and wrote those things, and the fans who saw it felt sad and expressed themselves.”

For those who have seen the show, do you think some “devil’s editing” is going on?

Produce 101
Heo Chanmi
How does this article make you feel?