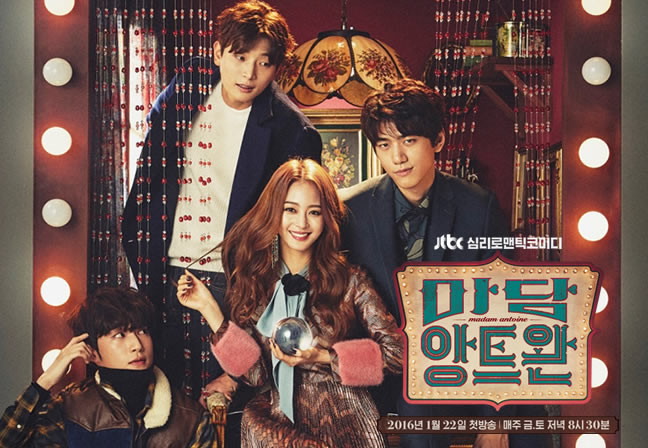 If you’re looking for a romantic K-drama to warm you up during these last few weeks of winter, “Madame Antoine” is the drama for you. It might even teach you a little bit about psychology along the way. In no particular order, here are six reasons why you’ll definitely fall in love with “Madame Antoine.”

Does true love really exist? Or is it just a programmed reaction of hormones inside our bodies?

It’s an age-old debate that some of us still can’t agree on, and that’s why it’s so interesting as the drama’s main plot. Even the lead characters have opposing views on the question.

For example, Sung Joon‘s character Soo Hyun is a psychotherapist. He’s never been in love, nor has he ever had a blooming relationship with the ladies.

But he’s studied psychology and the female psyche his entire life. And he’s sure true love isn’t real. 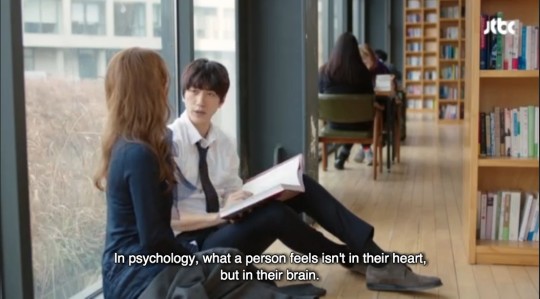 In fact, Soo Hyun’s so convinced love doesn’t exist that he’s even crafted his own experiment to prove it. 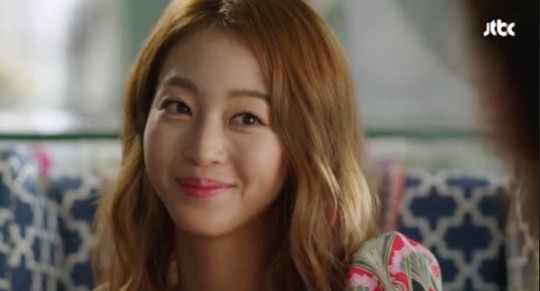 Hye Rim is a fortuneteller right under Soo Hyun’s clinic, and she knows love exists. She’s experienced it. Love has even given her a beautiful daughter, and she doesn’t understand Soo Hyun’s logic at all.

In fact, the two can barely agree on anything. Especially when their careers are on completely opposite ends of the mental health spectrum. 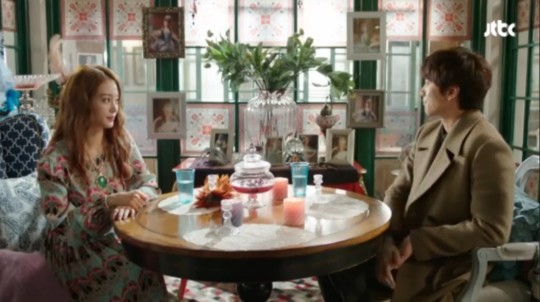 So, when Soo Hyun decides to prove he’s right by conducting his next experiment on Hye Rim, you can be sure that somebody’s viewpoint on love will change.

And the journey to discovering whose it is will definitely keep you marathoning this drama all night.

Hye Rim is more than just the unfortunate focus of Soo Hyun’s study. She’s extremely observant, street smart, and dedicated to doing everything she can to support her daughter’s studies abroad. 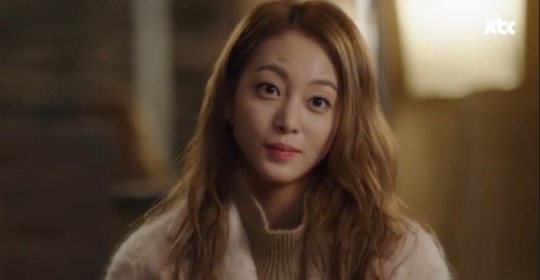 She’s also a pro at reading her clients. Although she may not be a real fortuneteller, her sharp eye for detail will definitely trick you into thinking she actually does know what she’s talking about.

Plus, how can you not believe her when she whips out her fan and speaks fluent French?

Hye Rim is a difficult woman to deceive, and she won’t let Soo Hyun do it so easily.

Unlike Hye Rim, who focuses on body language and small details, Soo Hyun operates on his studies. He’s a world renowned psychology professional with tons of credentials backing his knowledge, and his commitment to his work sometimes overpowers his ethics. 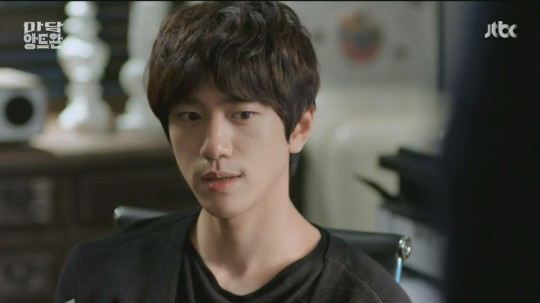 His inability to detach himself from his work makes his relationship with Hye Rim a complicated one. You never quite know if he’s doing something for his experiment, or if he’s doing it sincerely. 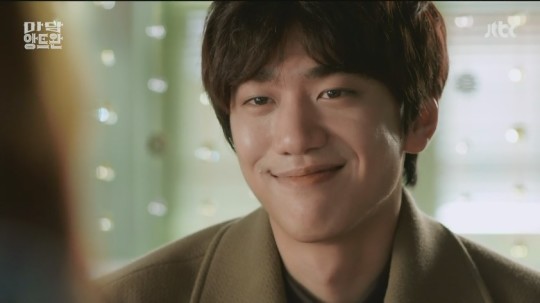 The lengths to what Soo Hyun will do to complete his experiment are both a testament to his dedication and the key to his demise.

The great thing about psychology being the basis of this drama is the fact that we can see Soo Hyun dealing with an unusual array of clients. These clients never have the same diagnosis, and every episode creates another new surprise.

Other times, we’ll find patients suffering with deep internal problems, who aren’t as receptive to outside help.

And if we’re lucky, we’ll even come across celebrity patients with equally famous idol actors — like Rainbow‘s Jaekyung.

Instead of minor characters with static roles, the clients bring stories as rich as the central plot. They’re fleshed out like the main cast, and their stories are just as important. You’ll never find a boring person at Soo Hyun’s clinic.

5. All the Steamy Kiss Scenes

Let’s be honest. We all know at least one K-drama where the kiss consists of one person completely in the moment, while the other person stands completely still. Like a dead fish. Suddenly, the kiss scene that we’ve waited hours for suddenly seems extremely awkward, and it becomes a bit of a letdown. “Madame Antoine” is the exception.

The chemistry between Soo Hyun and Hye Rim is undeniable, and their kiss scenes definitely show it. 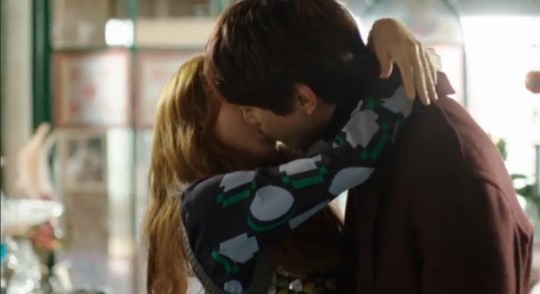 They’re not the only two with kiss scenes, either. 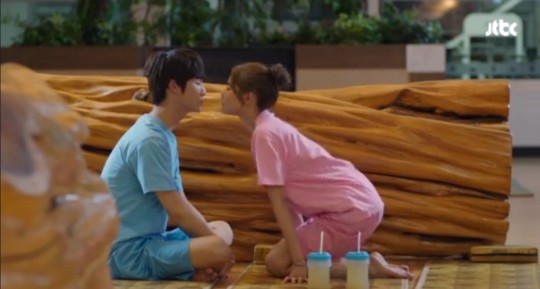 With all the insane chemistry, it’ll make you wish your love life was just as steamy, too.

Love is never easy in a K-drama, and no one knows it better than these next six characters.

While Soo Hyun may be the one with the biggest goal in his experiment on Hye Rim, he’s not the only guy participating. The experiment calls for two other men to seek Hye Rim’s attention, too. 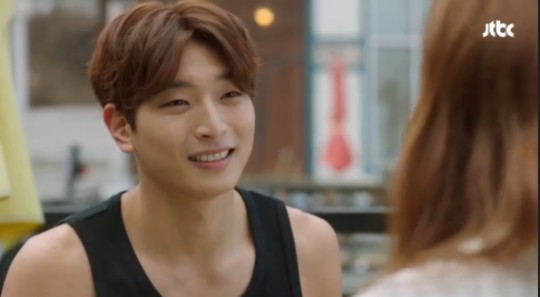 Ji Ho (played by Lee Joo Hyung) is another guy after Hye Rim. A former child prodigy, Ji Ho is extremely book smart, but he doesn’t excel quite as much when it comes to socializing.

These two men are big parts of Soo Hyun’s experiment, but they’re also major love interests for two other women.

But Hye Rim’s not the one who’s falling for him. 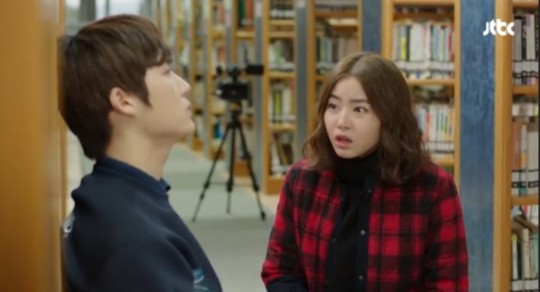 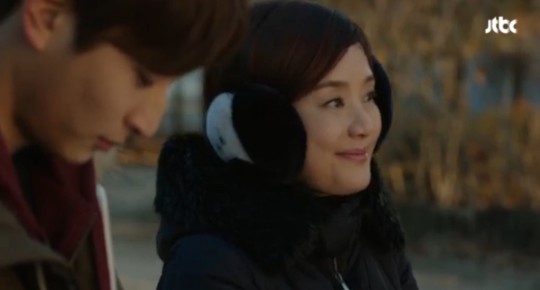 So, in case you haven’t been keeping up here, that’s three people after Hye Rim, and one woman after every guy that’s after Hye Rim — including Hye Rim.

Will any of these characters find their happy ending?

Watch the first episode on Viki to find out, and tell us what you love about “Madame Antoine” in the comments!