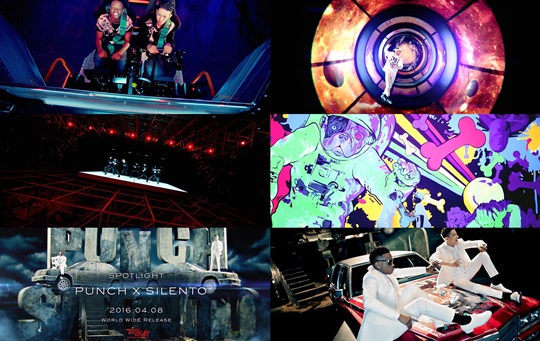 Another teaser for “Spotlight” is out, featuring taekwondo and a samulnori (traditional percussion quartet) performance.

Brave Entertainment, headed by composer Brave Brothers, released a video teaser for “Spotlight” on March 23 KST. “Spotlight” is the collaborative product between American rapper Silentó and Brave Brothers, with Brave Entertainment’s artist Punch joining Silentó in the song. The song is receiving attention for being a collaboration between K-pop and an American rapper.

The “Spotlight” video stars Punch and Silentó, filmed in Korea and costing around 3 hundred million won (approximately $260,000) to produce. The music video boasts dynamic and color sets, building up the catchy and powerful beat of the song.

The world-wide release for “Spotlight” is April 8.

Silento
Punch
How does this article make you feel?